With her third album just released, Lana White is ready to rock the Country scene!

Phil recently caught up with Lana White for an interview.

Lana is an American singer/songwriter from Alabama who writes meaningful lyrics with haunting melodies. Lana has released two albums and her new album Beautiful Secret was released October 3rd. 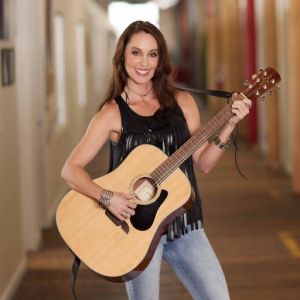 Do you come from a musical family and what got you first interested in Music?

Music was always on in my house growing up. I didn’t have any immediate family who were musicians, but we all loved to sing, buy records and have dance/sing parties in the basement. HaHa.

Who are your musical influences?

My musical influences are varied and vast! I loved classic rock bands as a young girl, but then really latched onto female artists such as Annie Lennox, Blondie, Pat Benatar, The Go Go’s, Dolly Parton, Joan Jett and of course Heart. Then it was Madonna, and The Bangles. I fell in love with the Eagles, especially due to their amazing harmonies and choruses. I can’t leave out country artists like Martina McBride, Bryan White, Trisha Yearwood and Faith Hill. My biggest influences as far as my style of writing would be attributed to Sheryl Crow, Patty Griffin, Colbie Cailiat, Sarah McLachan and Emerson Hart of Tonic.

Do you play any instruments other than the guitar and how did you first learn to play?

I only play guitar and I’m average. I play well enough to write.

When writing a song, does the music or lyrics come first or do you just develop an idea to start with?

I usually start with a melody in my head or from a series of chord progressions I come up with on my guitar. I will keep playing the progressions while humming a melody until the words/ideas come. Sometimes I will have an idea for a song first, but when I grab my guitar, the melody always comes first.

If you had to put your music in a genre, where would it fit?

Do you go to many gigs/concerts and who are your favourite artists?

I used to go to concerts more before I had kids! I recently saw Sheryl Crow in Atlanta. She was amazing and inspirational to say the least! I am currently really liking Shawn Mendes and Daya. All of my other favourites are listed above. They will always be my true favourites.

How do you view the state of the Music industry and do you think that the rise of streaming services such as Spotify versus the CD is a good thing or not?

The state of the music industry is evolving to catch up to the masses of indie artists who have carved a path via social media and YouTube. I am grateful that some of the power is now in the hands of the artists, because otherwise indie artists such as myself wouldn’t have such a broad reach. Record labels now don’t control everything, even if they still do control terrestrial radio, but that is a fading industry anyway. I am excited about reaching a fan base using the power of the internet.

Music mogul Irving Azoff and Eagles’ founding member Don Henley believe that YouTube does not benefit artists. Is this your view or do you feel it promotes new artists?

Well that’s an interesting question. I believe YouTube has helped many artists to find a fan base, and if you’re good enough and get enough subscribers, the money is phenomenal! There are indie artists and musicians who have cultivated massive fan bases from YouTube. I don’t think they’re complaining about money. Who wouldn’t want to make music in the comfort of one’s home? In the past, an artist would have to tour relentlessly for very little pay with the chance of making it big being quite low.

Americana seems to be coming ever more popular with artists such as Ray Davies championing the genre. Do you think it has helped Country to become more mainstream and crossover?

How do you divide your time between Music and your Personal Trainer role?

I have been so fortunate to be able to do two things I love and am passionate about. I train clients in the mornings and spend the rest of the day in the studio! It’s awesome!

Have you any plans to gig or tour?

Yes! I have spent years giggling with cover songs with a few originals thrown in, but I am ready to gig and tour with all original material. My producer and I are constantly churning out songs, so I can actually remember them! HaHa! I write something on the guitar, Randy (my producer) fleshes it out and we record it. Then it’s on to the next song! I have been in such a creative mode for the last year, that I decided to stop playing shows in order to put all of my concentration to writing original music. It’s been an amazing year to say the least!

Do you prefer to be an independent artist or would you sign with a record label if the opportunity arises? 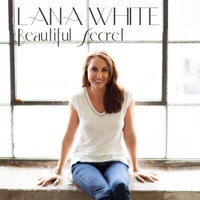 I love being an independent artist and would only sign a record deal if were too good to pass up. I like being in control of my unique sound and image. I would never allow anyone to change me. I’m too old for that! HaHa!

What are we listening to?