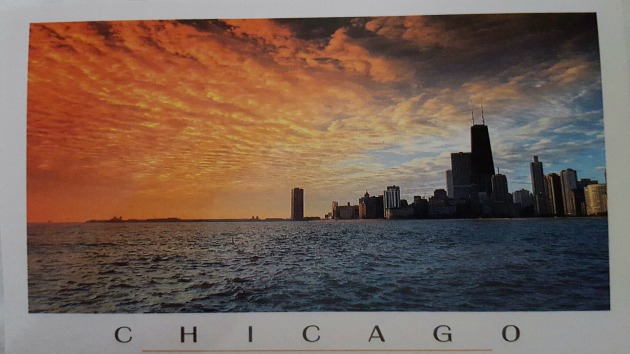 It’s 5am and i’m sitting in a Greyhound station in Chicago, waiting for a bus to Michigan.

The last 2 days in Chicago have been spent at the Country Lakeshake Festival, held on Northerly Island which overlooks 12th Street beach and Lake Michigan. I hear that there was torrential rain last year but this year we had gorgeous sunshine.

The line-up was what initially drew me to this festival. Friday’s headliners were my favourite band Lady Antebellum and it was so good to see them back on stage after their hiatus. With a setlist that included all of their hits across all 5 albums, and a couple of new covers – both Shania and The Eagles – i’m excited to hear that they are working on new music.

Stand out song was Hello World, which was an acoustic number dedicated to the victims of the Orlando shooting. The audience had all their mobile phones in the air with the torches shining, and Charles and Hillary held hands while singing it.

Friday’s line-up included Sam Hunt, Granger Smith and Jana Kramer too, who were all fantastic. I love Granger’s Remington album and was so happy to hear all my favourite tracks live. I managed to catch up with Mo Pitney too, who was lovely.

The actual festival wasn’t as well set up as CCMF. The volume of people and the way the festival was set out meant there were no clear walkways after about 4pm and it was increasingly difficult to navigate through the crowds, especially to get to the Next From Nashville stage.

The main food and drink stands often had queues 15 people deep, with a JD and coke setting you back $17. It also seemed like there were way more of those annoyingly drunk festival goers. On the plus side, the food was outstanding, with proper Chicago pizza and some amazing bbq pulled pork.

Saturday for me was all about Charlie Worsham and Jon Pardi, both of who were amazing. Charlie included Lawn Chair Don’t Care in his set which had me singing along for the rest of the day. I met Jon earlier in the day at a signing for his new album California Sunrise (if you haven’t listened, you definitely should go do that right now), and got to hear several of those tracks live.

I also managed to catch an upcoming act called Walker Mcguire, who were amazing! They’ve written a song or 2 with their buddies Old Dominion, and are well worth checking out. I finally got to see Martina McBride live and loved her set. I haven’t listened to much of her music before, but i’m going to get listening to the back catalogue now.

Anyway, my bus is here now. Headed to the B93 birthday bash today!

Alan Jackson Hands Over Keys To Habitat For Humanity Recipient