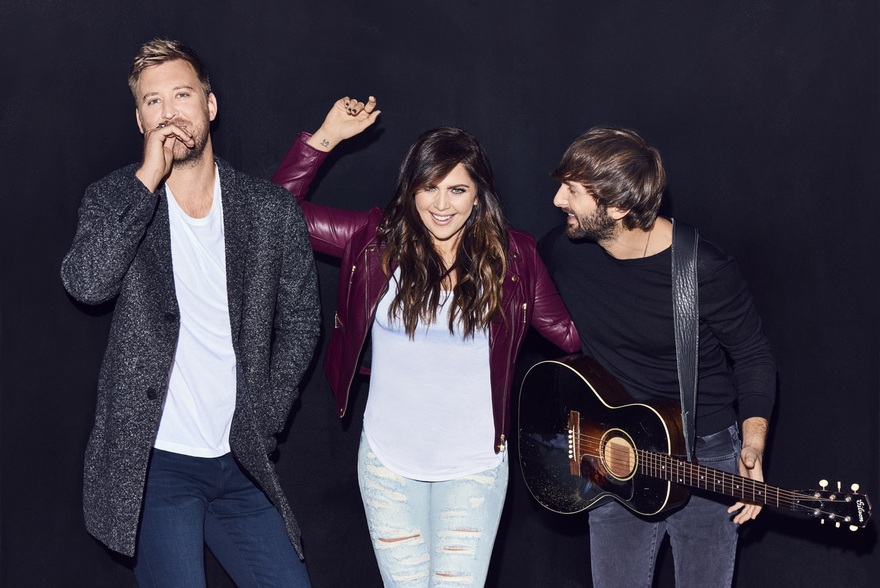 Honing in on the melodious foundation that first brought the multi-PLATINUM trio together, Lady Antebellum returns to radio airwaves today with “You Look Good,” while concurrently announcing it as the debut single off their sixth studio album HEART BREAK (Capitol Nashville), to be released June 9. After taking time to pursue solo projects last year, Charles Kelley, Hillary Scott and Dave Haywood simultaneously share plans to return to the road, with more than 65 shows planned in six countries on their YOU LOOK GOOD WORLD TOUR, presented by NABISCO. To celebrate, at 8:00P CT tonight Lady A will host a Facebook Live fan event premiering new music at https://www.facebook.com/ladyantebellum/.

“We knew right away that we had to name this album after a track that is a play on the word ‘heartbreak,’” shared Scott. ”It’s all about those personal growths everyone goes through and it was liberating to get back in the studio with Charles and Dave to intertwine those feelings into the recording process,” said Hillary Scott. “I feel like we’ve reemerged stronger than ever and I can’t wait to share more music!”

Produced by busbee, the trio’s “You Look Good” features dynamic vocals with crisp horns and is available at Country radio and available now at all digital and streaming partners. Fans can take a look into the making of “You Look Good” with its lyric video featuring photos from the band’s time making new music here:

“We’ve always loved experimenting with different instruments and sounds in the studio, but we’ve never used horns before,” said Haywood. “The energy they brought to this song is really fun and was validation for all three of us that it had to be our first single back.”

“There’s also something contagious about the chorus that will be perfect in our live shows this year,” added Kelley. “We knew after the time off that we wanted to get back out on the road in a big way. We couldn’t be more ready to get back out there with the fans and hopefully make a few new ones too.”

Lady A’s YOU LOOK GOOD WORLD TOUR, presented by NABISCO, opens in North America launching on May 26 in Bakersfield, CA with special guests Kelsea Ballerini and Brett Young. The trio will propel their universal appeal when they trek to South Africa for the first time, along with monumental stops in Europe (overseas support may vary, check local listings). Fans can purchase tickets beginning Jan. 27 for select cities as part of Live Nation’s Country Megaticket at www.Megaticket.com and on www.ladyantebellum.com beginning Feb. 17. Live Nation is the national tour promoter, while Brancott Estate is the official and exclusive wine sponsor for the tour. Hilton serves as the official hotel sponsor and will give its HHonors members access to original content and once in a lifetime experiences throughout the tour.