The track follows the release of the Closer EP in September and the recently released Wine + Whiskey. Grandpa’s Hands is written by Mayes, produced by Smith Curry, mixed by Mark Lonsway and mastered by Andrew Mendelson. 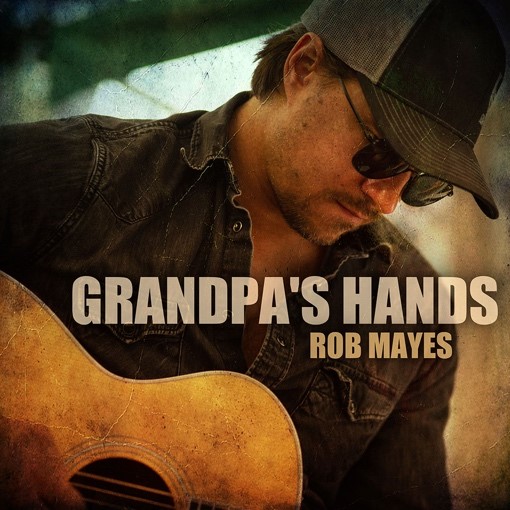 Building on the momentum he’s gathered in the country music genre, Mayes continues to showcase his impressive versatility with Grandpa’s Hands. A raw, honest and emotional acoustic-led track, Grandpa’s Hands is a deeply personal homage to Mayes’ grandparents and a celebration of the impact they’ve had on his life.

Revealing the story behind the song, Mayes says:

I wanted to write a very personal song about my grandparents. My grandmothers raised me while my folks were working. They taught me love and patience, and to do what makes you happy. My grandfathers taught me strength and loyalty and the beauty of honing one’s craft. My mom’s dad was a woodworker. My dad’s dad played guitar and banjo. They together taught me the importance of family. Not a day goes by that I don’t think of them. I’m so grateful I had as much time with them as I did. Not everyone can be that lucky. I thought it was fitting to release the song on my birthday weekend, without them, I wouldn’t even be here.

As an actor Mayes is known for his work on ABC’s “Mistresses”, Lifetime’s “The Client List” and the cult classic film “John Dies at the End”. Mayes stars in Hallmark’s “The Road Home For Christmas” alongside Marla Sokoloff and Marie Osmond, which premiered on 26th October, and he can be seen later this year in the upcoming Western film “Soldier’s Heart” where he stars alongside Val Kilmer, AnnaLynne McCord and Jake Busey.

NOTABLE MUSICIANS FROM… The Lowdown on Guitarist Tucker Car...