Kelsea Ballerini is back with her second album, Unapologetically. 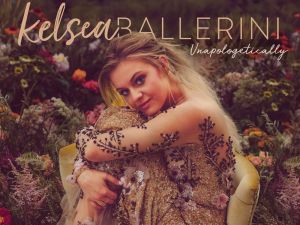 The 24 year old Tennessee Native has been touring with Lady Antebellum and I was lucky enough to get to see her at her Manchester, UK date.

Singing some of her new songs the stand out ones where of course the title track Unapologetically, I Hate Love songs, Roses and of course her hit song Legends and these are probably my favourite songs on her new record.

A lot of these songs remind me of “old Taylor” you can tell Kelsea is influenced by Taylor Swift, for me that’s not a bad thing, I miss country Taylor!  There are quite a few slow tracks so makes it a nice chill out record.

I’ve listened to the album a few times since it was released on 3rd November and I’m still loving it.   Kelsea has had a part in writing every song on it and her personality shines through with collabs from the amazing Shane McAnally and Hillary Lindsey. To name but a few

Unapologetically is completely different to her debut album The First Time.  It has a much more grown up feel to it and seems Kelsea has done quite a bit of growing in the past two years.

I’m not going to break down each song for you in this review like I usually do, you need to go and listen to it and decide for yourself, it really is worth listening too.

Listen to High School and End of the World and tell me it doesn’t remind you of Taylor Swift.

I can only imagine Kelsea Ballerini is going to get bigger and bigger in the country world and compete with the likes of Miranda and Carrie!

Kelsea is going to be at the first day of Country2Country in 2018, you’d be mad to miss her!