Music and lifestyle camping festival The Long Road is once again preparing to bring the world-famous sights and sounds of the country music scene to the UK as it returns to the grounds of Stanford Hall in Leicestershire at the start of September. The 3-day event presents one of the UK’s largest, most authentic celebrations of country, Americana and roots music featuring five stages of live performances, an array of bespoke food events and a wide range of themed outdoor activities.

Running from Friday 6th to Sunday 8th September, the festival will present shows from the likes of multi-million-selling US country stars Kip Moore and Josh Turner, American comedian, writer and musician Rich Hall, BAFTA-nominated Irish singer and actress Jessie Buckley, nine-time Grammy-winning Asleep At The Wheel, who make their first full-band appearance in the UK for over 10 years, former Civil Wars member John Paul White, Grammy-winning singer-songwriter Rhiannon Giddens and US country singer-songwriter Logan Mize as well as some of the leading UK country, Americana and roots artists including Twinnie, The Hanging Stars, CoCo and The Butterfields, Jake Morrell and Peter Bruntnell.

“Playing The Long Road Festival has been a long time coming as my fans in the UK have been practically begging me to cross the big pond for years! I’m excited to finally be able to go over and play for my loyal, and patient, fans!” – Josh Turner

The festival will also revisit its partnerships with BBC Music Introducing, The Birthplace of Country Music, which showcases the role that Bristol, Tennessee and Bristol, Virginia played in the birth and development of Country music, The Bluegrass Situation (BGS), an online music magazine and curator promoting the continued growth of Bluegrass, Roots, Progressive Folk Rock, Americana music and culture, The Americana Music Association UK, and independent UK label Loose Records. These organisations will bring artists to the festival to showcase the broad array of talent on offer across the global Country, Americana and Roots music scene. 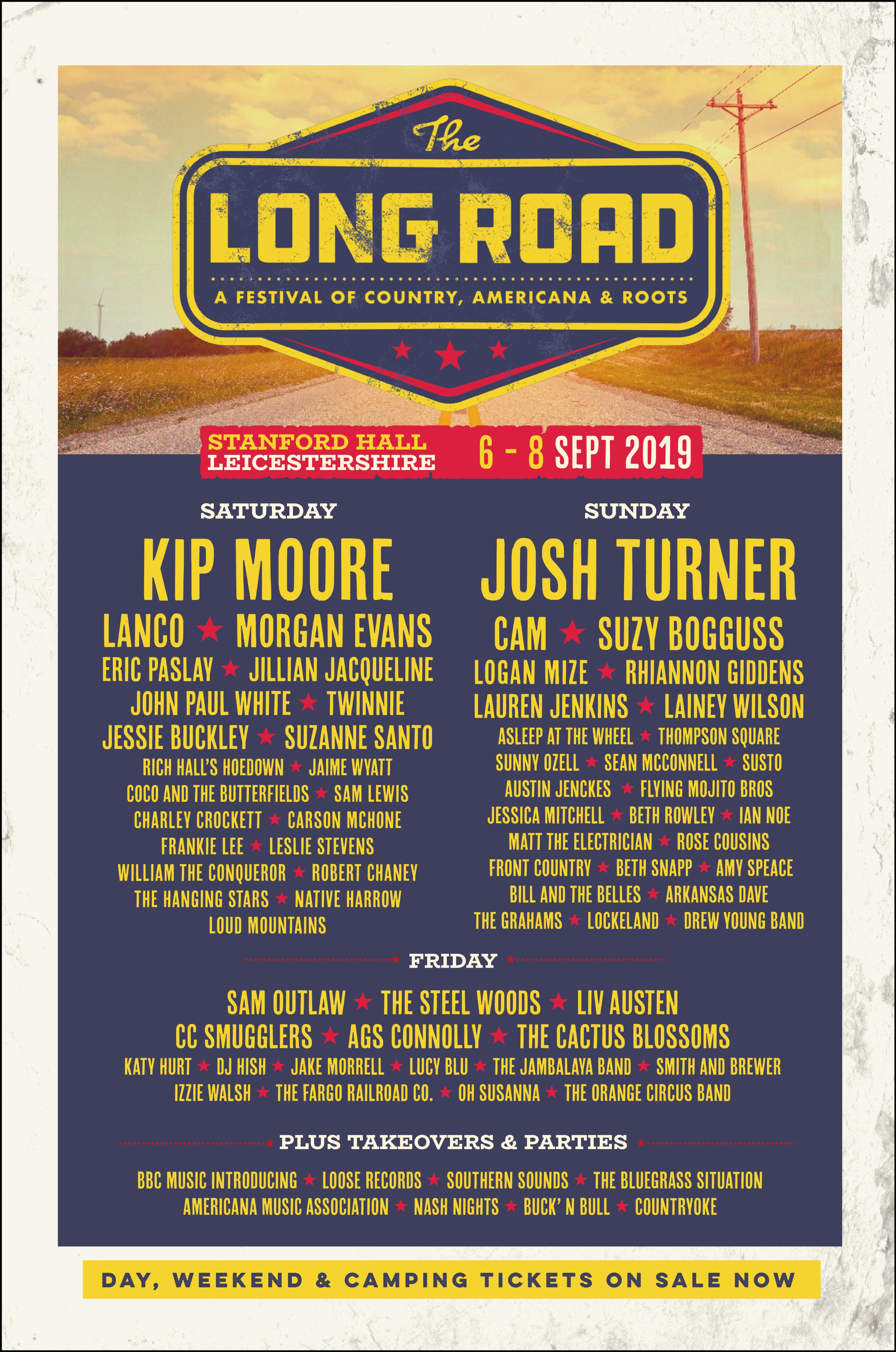 Olivia Lane’s drops new EP ‘The One’ with new v...