BBR Music Group officially announces Johnny McGuire as a solo act on its Wheelhouse Records imprint. The Kansas City native will make his solo radio debut with “ I Can’t Even ” going for adds on March 9, which happens to be McGuire’s birthday. This signing marks McGuire’s return to Wheelhouse Records, where he was signed as one half of the fast-rising Country duo, Walker McGuire.

As part of the twosome for six years, Johnny racked up nearly 100 million digital streams, earned fans across the country doing hundreds of shows and honed his guitar skills, paving the way for this next chapter of his musical journey. Stepping out as a solo artist for the first time, McGuire released his EP Neon Nights in fall 2019 while out on a string of shows with two-time 2020 GRAMMY® award-winning Billy Ray Cyrus. 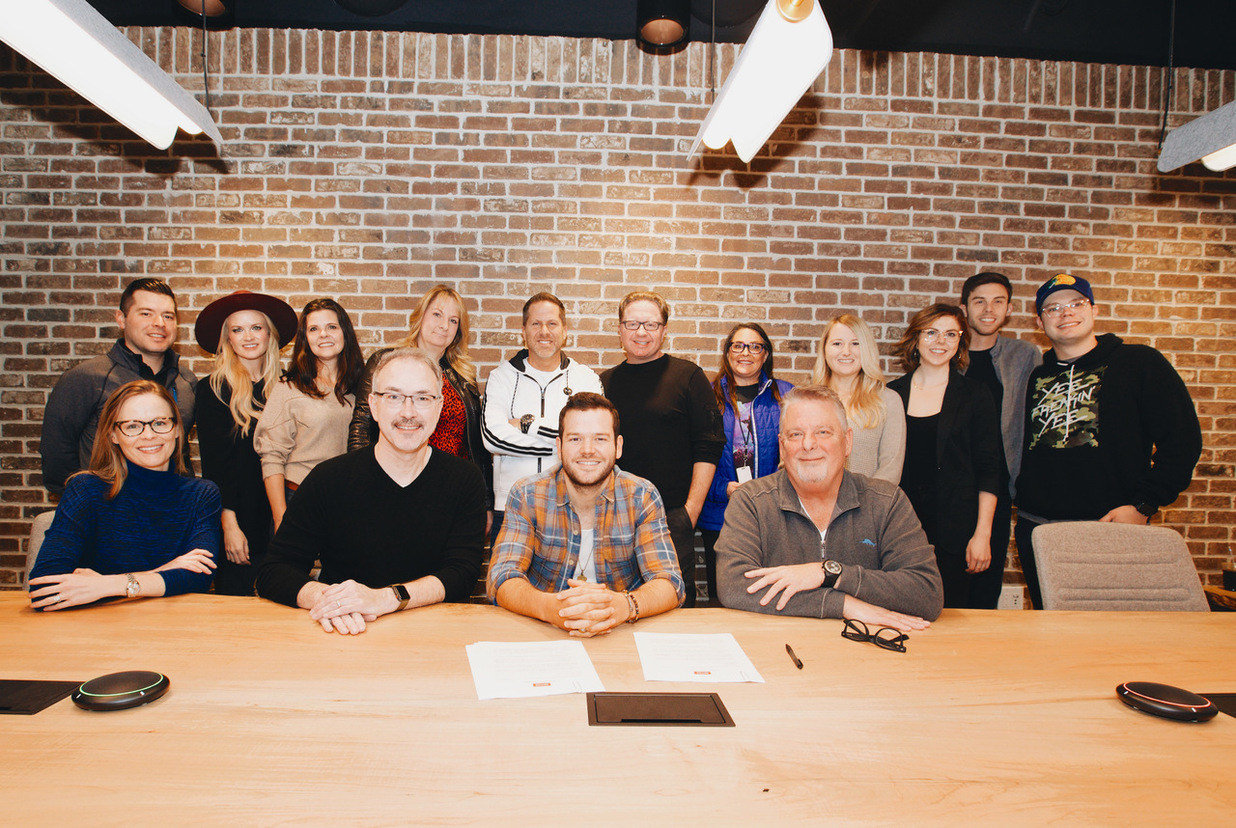 “When Walker McGuire went their separate ways, my heart broke for the end of their dream. Johnny didn’t know what the future held, but he had put in so much work and was such a class act, we wanted to give him a chance to do something solo,” said Jon Loba, EVP BBR Music Group. “We all knew he was talented, but he surprised us all with how different and compelling his debut EP was. The entire team couldn’t be more proud of his music and where he’s headed.”

“I Can’t Even” was written by Michael Hardy, Mark Holman, James McNair and produced by MULTI-PLATINUM, award-winning, Mickey Jack Cones. The heartbreak track that plays off of the popular saying “I can’t even…,” providing a list of examples that the protagonist can no longer manage tackling, due to a broken heart. The anguish of the lyrics are highlighted by McGuire’s gravelly vocals to leave listeners relating to his pain.

“’I Can’t Even’ seemed like a natural choice for my solo debut. It’s one that embodies the musical style and lyrics that have influenced my musical journey like Tom Petty’s ‘Don’t Come Around Here No More’ or a bit of Bon Jovi aligning with contemporary Country,” said McGuire. “It also tackles the universally shared feeling of heartbreak—that gut-wrenching moment we’ve all experienced when you don’t think you’ll be able to go on. We can all look back and remember that feeling. Thankfully, we also remember that when one door closes, another one opens.”

Bringing a fresh sound that blends the twang and lyrical content of classic Country music with the bang of heartland rock ‘n’ roll, Johnny McGuire is stepping out into the spotlight for the first time on his own. The Kansas City native with the relentless work ethic and laidback demeanor is now signed to BBR Music Group for the first time without a co-pilot. The Top 40 songwriter and battle-tested road warrior earned his stripes as one half of the fast-rising Country duo, Walker McGuire, and is now making his solo debut with Neon Nights (available now), an EP that is both fresh and familiar, spinning Johnny’s Country-rock past into a batch of songs that undeniably belong in the present. Produced by the MULTI-PLATINUM, award-winning, Mickey Jack Cones, the EP was released September 2019. Also available is “Chevys & Fords,” a nostalgic duet with Country music’s modern-day renaissance man, Billy Ray Cyrus that pairs the Cyrus’ gravelly vocals along with McGuire’s, which have all of the character of a 250,000-mile Ford. The four-song EP titled, Neon Nights, draws from its title track that echoes the sentiment of Johnny’s journey- “even the darkest days have neon nights.”

Meet Keith Urban Superfan Erin Evans – She Had WHAT From Ke...