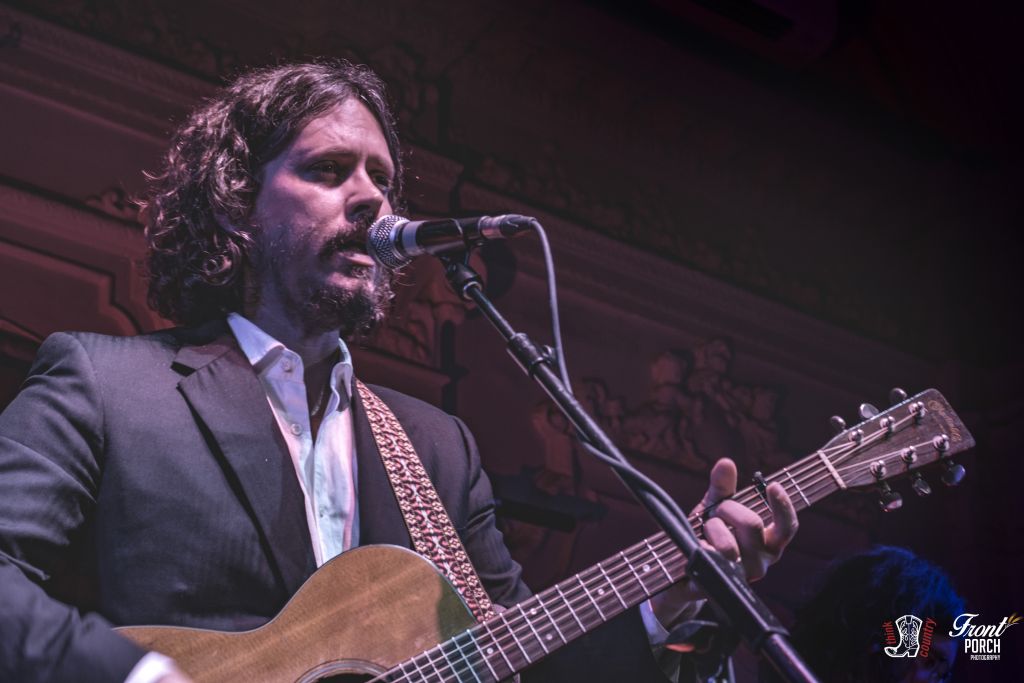 Last night saw John Paul White’s first visit to the UK since the Civil Wars surprising last gig at the Roundhouse in 2012.

It was perhaps a bittersweet moment for White, although he seemed very honoured to be back in London at a crowded Bush Hall, which was the perfect venue for the eerie, yet beautiful set.

As White took to the stage he received a warm welcome of cheers, smiles and clapping and started off by thanking the crowd for their continued support and for being so patient whilst he was on a 4 year break as an artist. I really got the impression that White was a genuine and grounded guy as he told the crowd that “A second opportunity to perform in London wasn’t to be taken for granted”.

Starting with a 45 second version of I Remember You’ followed by Black Leaf and Hate The Way You Love Me, which are 2 personal favourites from his new album ‘Beulah’. He then went on to perform The Once and Future Queen, The Martyr, Fight for You, Hope I Die and What’s So.

Before performing a cover of ‘Everything that Glitters’ by Dan Seals, he asked if there were any Country Music fans in the room, in which everyone, but a few cheered. His dad was a big Country Music fan, but White mentioned that he was way more of a Sabbath fan himself, but it was his love for Steve Earl that he later in life grew to love Country Music, stating that it was almost in his DNA and instilled in him from a young age.

White mentioned that although his music is quite deep, it’s not personal nor are the lyrics taken from real life experiences, however ‘Simple Song’, the track from the ‘Southern Family’ album was slightly different. He dedicated this track to his favourite person in the world; his Grandfather, a man who had many demons according to White. He quoted his Grandmother by saying “I cried for your Grandfather when he was on this earth, the last thing I’m going to do is cry for him now he’s better off”. There was no doubt that at this point most people had a lump in their throat and a tear in their eye. At least I did. I’ve wanted to hear this song live since it was released and it was definitely as emotional as I had imagined.

Although White’s music is quite sad and this concert wasn’t exactly the biggest pick me up, it was no less a great gig and one of my favourites of 2016. He’s very aware of the mood his music sets, jokingly saying “I like to try and cheer you up. That’s what you came here for, right?”.

In all honesty, I hadn’t really listened to The Civil Wars and John Paul White much before, but after seeing him live and hearing how much of a great singer and songwriter he is, I’d highly recommend buying is new album ‘Beulah’.

JPW will also be back in the UK in February as a part of the Transatlantic Sessions, so don’t miss out and get your tickets Here

For more photos check out our Facebook Album Here

The Once and Future Queen

Hate The Way You Love Me

No One Will Ever Love You