It’s been some time since I sat down and talked with Adam Yarger, so we had a little impromptu chat during Whiskey Jam in Nashville on Monday night.  We sat on the rooftop of Winners on a beautiful evening and when I say our friend Adam Yarger was excited, I’m probably not saying enough. He was fired up!  Fired up with good reason. His long-awaited new EP, Between This Beer and Me, drops at midnight on Friday, April 26th. 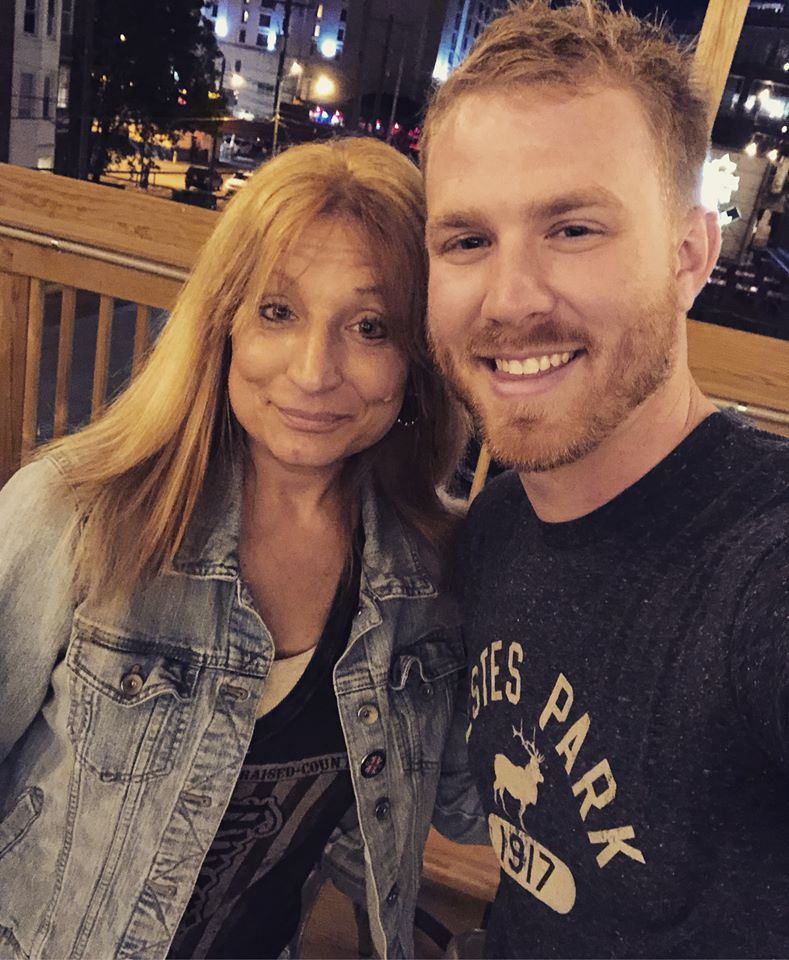 Yarger has been working on this record since our last interview back in March of 2018, so he’s so ready for this release.  He’s had a single out already, “What a Way to Go”, which I reviewed for Think Country last November and thought it was as radio-friendly as a song can get.  It has a catchy hook with a “song of the summer” kind of vibe.

One single out and now it’s the big time.  Yarger’s entire demeanor has changed since our last meeting.  Another year working in Nashville and playing out on the road has taught him so much.  Simply put, he seems more seasoned and he isn’t afraid to admit that he’s been a work-in-progress.  “I’ve learned so much. I’ve learned to read rooms. I’ve learned what to say on the mic, and what not to say.  I’ve really learned what not to say.”  We’ve all been there, but Yarger will be breathing a sigh of relief when this album finally gets released.

Aside from having to learn the “finer things” about the music business, like what not to say to an audience, he has also learned you get what you pay for.  When Yarger first moved to town, he recorded some music, forking over a good amount of money to do it, and thought the studio experience he had back then was just how things always go.  “Vocals one day, something else the next day, and something else the day after that and then you’re done.” Recording his new album was nothing like that.

Yarger teamed up with Kent Wells to produce Between This Beer and Me.  Wells is a Grammy-nominated producer, and as a guitarist, he has toured with Dolly Parton, Reba McEntire, Kenny Rogers and Keith Whitley to name just a few.  In Nashville, all one has to do is mention his name and people take notice.  Yarger upped his game exponentially by working with Wells. 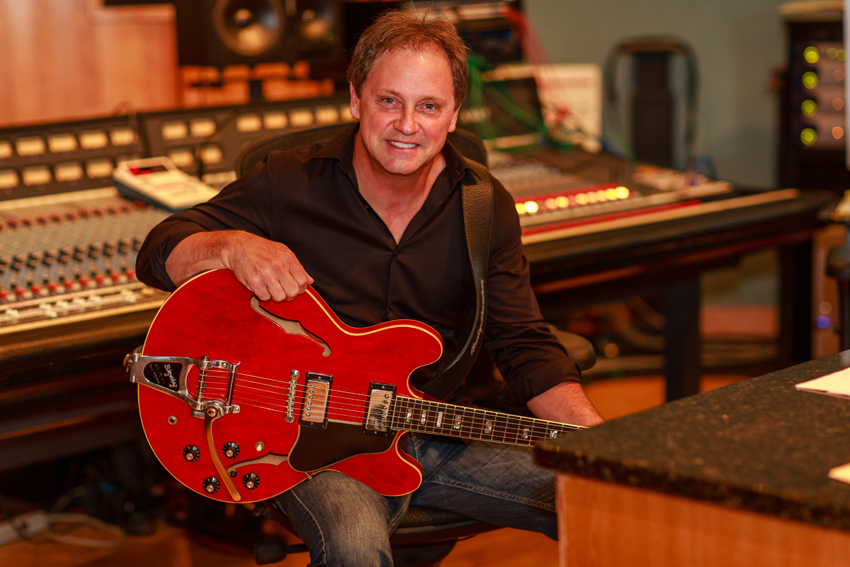 “I felt like we really got something special this time.  He (Wells) took the time to get to know me. He asked me to play him some of my favorite covers and some originals.  He got a feel for who I was and I think it really helped him match me up with the right players.” Yarger also found out that some of the earliest words of wisdom he ever received upon moving to Nashville were true.  “Don’t listen to just anyone that tells you your stuff is good. They’ll record it. It’s just work to them.” At Kent Wells Productions, they don’t play that game. “I really appreciate that he took the time to do it right.  We put a nice project together.”

Like most things worth waiting for, there were some bumps in the road to getting this album finished, the worst being Wells’s wife being diagnosed with cancer.  Understandably, that set the project back a bit, so Between This Beer and Me wound up being two years in the making.  Yarger thinks all of the stumbling blocks will be forgotten once the record gets released.  When he talks about the capabilities of the studio musicians, coupled with Kent Wells’s vision, you can feel the confidence he has this time around.

It’s the perfect time for Yarger’s new music to see the light of day because he’s been needing something to inspire him again.  He mentioned having writer’s block recently, and sometimes it takes a major shot of positivity to get the creativity flowing again.  If that’s true, April has been a decent month for pumping up an artist that’s just been hanging in limbo as he waits for his new EP to finally drop.  Winners Bar in Midtown was holding its usual Monday night Whiskey Jam on April 22nd, with a bit of a twist, all of the artists on the bill were named Adam.  With a catchy hashtag, Whiskey Jam was presenting its second-ever, #AdamJam and apparently they needed another Adam, so they called Yarger and he was added to the lineup.  It gave him a chance to play three songs from the new EP and since I was there, I had the opportunity to see one very packed house enjoying what they heard. 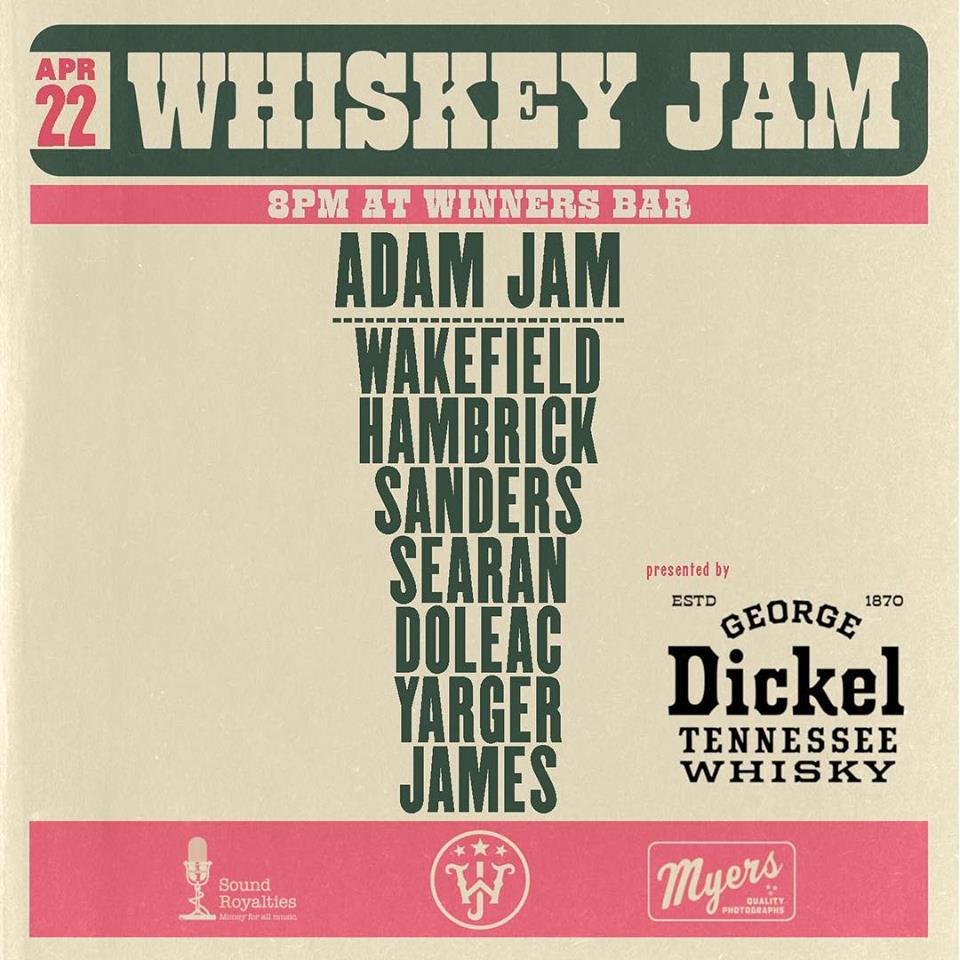 I won’t spoil it all, but Yarger played a tune called “Houston”, which I thought was particularly cool.  A midtempo number that drew me in fast. When I asked him about it, I was surprised to find out that even though the song mentions things like Route 45, a frequently-traveled road in Houston, Texas, and everything else about it would make one think it’s about the city of Houston.  It isn’t.

The song was actually inspired by a dog.  That’s right. A dog named Houston. It was a dog owned by a friend of Yarger.  Not only was Yarger a big fan of Houston the dog, but he was also quite partial to the dog’s name, so much so, that recently, Yarger became the proud owner of his own puppy.  You may have already figured it out, but yes, Yarger’s dog is named Houston now too. I have to tell you, it’s quite a testament to a songwriter when they can turn something like the idea of a dog with a cool name, into a song with cool lyrics that have nothing to do with anything of the canine variety.  I’m so glad I asked about that song, and by the way, Adam Yarger has never been to Houston, Texas. Yet.

With the record release, Yarger is ready to hit the road and play the new music for his current fans and hopefully, lots of new ones.  He already has some show dates scheduled and more will be added, so keep watching his social media pages for updates. Make sure to be among the first to get your hands on Between This Beer and Me on Friday, April 26th.

Adam Yarger may be more eager than anyone about his new music finally coming out, but I’m really excited to tell everyone about it.  He has found his voice, greatly improved as a writer, and if the finished product is all he says it is, and I believe it will be, he is going to be one of your favorite new country artists.

Adam Yarger can be found:

“We All Come Together” for John Berry at Nashville...