Being from the UK there is the time honoured joke that when you meet people from the United States they will ask you 3 questions, a sort of bingo card if you like: Are you from Australia? Have you met the Queen? Do you know my friend (insert random name) from (random place you have never been to or heard of)? The first one becomes more amusing if you are with an Aussie at the time, the second was actually replaced this year by “Did you go to the Royal wedding?” and the third would in normal circumstances be so unexplainable to them that you should know every person on our tiny little island of say 65 million people. However in Nashville the answers are still NO I am not Australian and NO I was not at the wedding BUT the third answer is actually yes because you specifically get asked “Do you know Glen Mitchell?”

The Essex born and bred musician is widely seen in the UK as one of the most talented and most successful British artists now residing in the US, who previously played guitar for the likes of Darius Rucker, Frankie Ballard, Lonestar and Billy Currington makes up one third (some may argue the best looking third) of Royal South, the new Nashville based vocal harmony trio with successful Dallas born singer SaraBeth and bassist and vocalist Vickie Vaughn originally from Kentucky.

SaraBeth too is a firm favourite amongst country fans both sides of the Atlantic being a regular visitor to the British Isles bringing her infectious pop country sounds and storytelling with such a powerful voice. Many people that have seen her perform as a solo artist may be familiar with Glen’s harmonies during her live performances but the sound becoming a three part harmony that is Royal South is really something that has evolved and really works in the current market by playing to their own strengths to bring about this unique sound. There are a lot of “vocal harmony” bands appearing but I think the sound that they have is really distinct and will prove to be very catchy.

The addition of the bluegrass soul of Vickie Vaughan to the sound and the harmonies is a key factor to this. It gives their sound that little bit of extra spark both in terms of the double bass and vocal aspect. Her voice really compliments both Glen and SaraBeth really well and it is telling to see how this lady has played at the Opry along with providing her talents to the likes of Patty Loveless and Ruthie Collins.
Their debut release “Cry, Cry” can currently be pre-ordered prior to release on January 19th 2019 was produced by Paul Worley, the man responsible for releases from the likes of Lady Antebellum, Martina McBride and the Dixie Chicks. The song is about dealing with and moving on from a breakup in the sense of letting it be gone and letting the tears fall rather than dwelling on it too long. 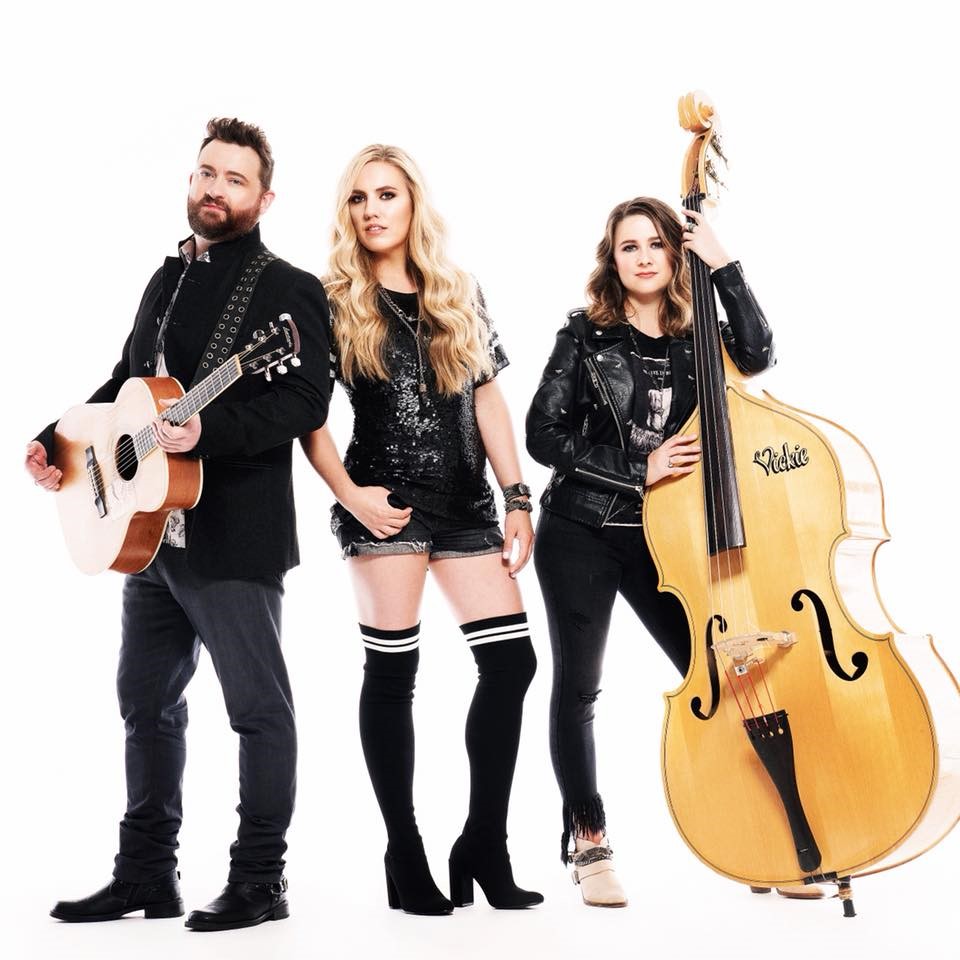 The song is an up-tempo modern pop country track that still incorporates more traditional elements with a heavy fiddle presence, catchy chorus, intense harmonies and some high quality guitar and bass licks that delivers an infectious result incorporating all of this.
If my opening gambit didn’t spell it out well enough I do know Glen pretty well (he is my friend Jodie’s brother and an Essex boy like myself) and have known SaraBeth for quite a while too, then from meeting Vickie on her first trip to the UK back in October I can tell you these guys are not just great people that clearly have great chemistry as a trio but genuinely do work so hard and have a passion for what they are doing.
More information about Royal South can be found on their website in addition to their socials on  Instagram Twitter and Facebook