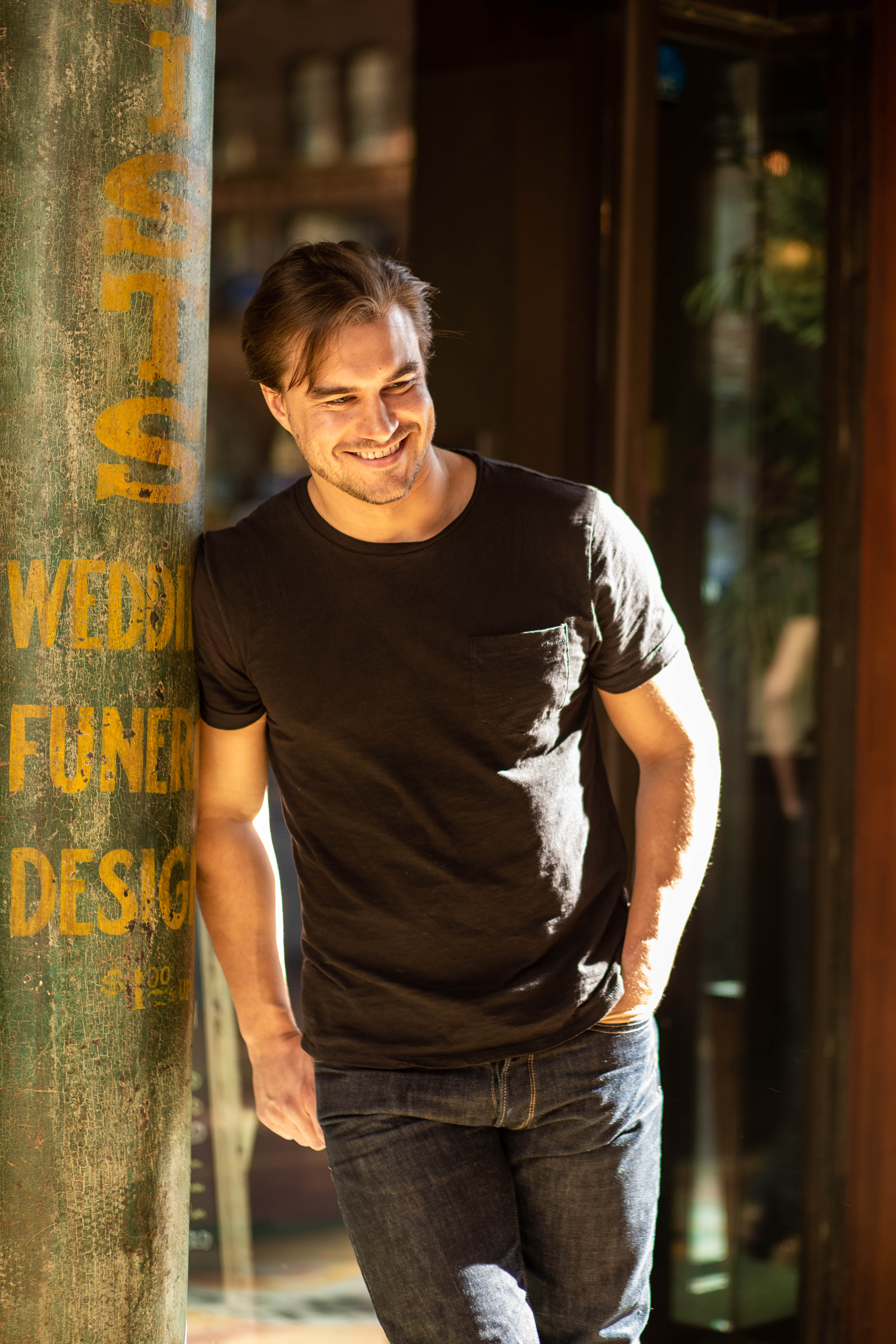 Actor, model, and now singer – is there anything Rob Mayes can’t do? What’s more is he tackles all three professions exceptionally well, all the while maintaining a sober and neighbourly manner that makes him an irresistible interview subject – it was a pleasure talking to him.

Given that he’s currently best known for his myriad of TV and film roles (John Dies At The End, Mistresses, Thor, 90210…) I first wanted to know what his acting experience allows him to bring to the songwriting. He’s so adept so early on though, I’m almost expecting it to be more of a vice-versa situation, where his knowledge of storytelling through music lends strength to his acting performances.

“I’m still trying to suss it out. It’s really about finding the truth. But not always does “the truth” translate well in film, and especially not in a lot of TV. Sometimes people don’t want to see the truth. Sometimes they don’t want to hear it. Often times they/we want an escape, something that takes our minds off the tough true stuff and something that provides us a bit of respite and relief.  But, no matter, one takeaway that’s true and consistent across the board is to learn to be comfortable in the inherent uncomfortability.”

With his deep and incredibly powerful voice, star good-looks and off-the-charts charisma, I’m curious how long those around Mayes had been suggesting a possible career in music, country or otherwise, before he decided to give it a shot.

“I’ve been playing music since I was 5. It’s always been in me. And folks around me would throw out their support, and their urgings, and I finally decided to carve out some time from my acting career to make my music. And what a fulfilling ride it’s been so far.  The support has been unbelievable. What’s crazy is my dad played in bands all his life until a certain point, and I feel like at the point in his life that he was setting his music to the side, it’s maybe around that same point in MY life (age-wise) that I’m really taking it by the reigns.”

If it wasn’t clear already from his recent single, ‘My Heart Is Bleeding’, based on the bands and artists he says he loves, it’s easy to tell that an authentic branch of country music has heavily influenced the creative decisions Mayes has made in his music career thus far. I’m really pleased about it. As we all know, traditional and rootsy sounds are far from saturation level in country music currently, and any artist going against the grain is always a fun ride. It helps too that there’s a whole lot of fans of his acting work who’ll be willing to check his music out, and if they get into it – which is likely, based on the quality – then the avenues they can take through the rest of the genre will be influenced by more than the narrow outlook of country radio.

‘My Heart Is Bleeding’ demonstrates the showman inside himself. It’s gritty, and the vocal is his best to date, recalling the bombast and rock ‘n’ roll sensibilities of his inspirations and contemporaries, not least of all country’s albums chart king of the past few years, Chris Stapleton. It was immensely satisfying to find out he wrote this one, his biggest artistic risk to date, solo.

“I did write it solo. And I did write it right before a breakup. So I suppose there is more specificity in that song, and a bit more current truth… at least when I wrote it. But the feelings and heart and anguish still remain at full strength. Sometimes in a co-write it can be a bit of writing by committee, and often times that elevates the song to something that’s so much greater than its singular parts. But then on the other hand, sometimes sitting down to write alone, without critique, can allow an idea to flow out more quickly and stream-of-consciousness. And maybe that song is less witty and less clever, but maybe, just maybe, it’s more true? So what I can say is that ‘My Heart Is Bleeding’ certainly shows a less edited, and more raw side of me, sure.” 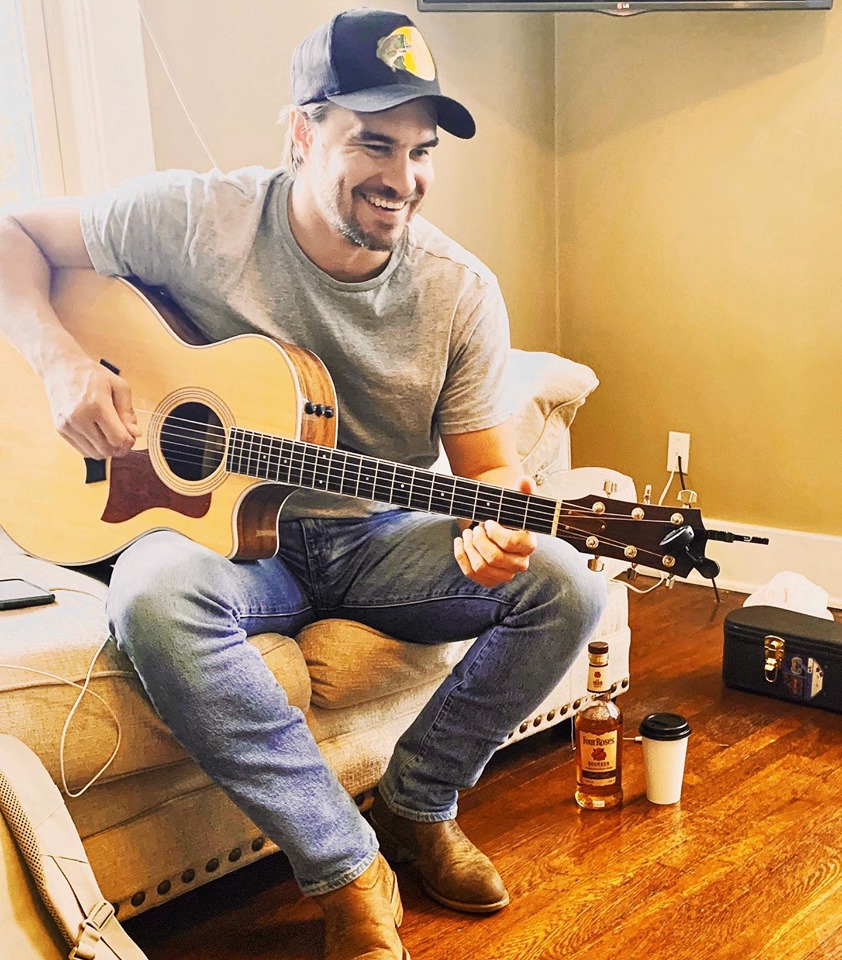 “What makes it special?” I ask. In a career of increasingly impressive milestones, and seemingly just at the beginning, he’s starting a new sport, so to speak. Where does his success here fit in with his successes elsewhere?

“I’m telling a story song by song. A story of my life, maybe a specific event, a breakup, or something lighter. What speaks to me. What I can hope might inspire. I’m so grateful to Spotify for their support with my first couple singles. For the radio stations currently playing ‘Closer’. The shows I’ve been asked to play the folks I’ve met, and the writers I’ve gotten to write with. The support has been unreal, and I’m so very proud of it, and even more so, humbled.”

Being relatively new to the scene, I wanted to know what Mayes knows about our homegrown country music scene in the UK. Approaching infamy for our attentive audiences and for our ability to sing along to ALL the deep cuts, I wanted to know if there was any chance he’d swing by one of our very well received writers sessions sometime soon. He surprised me with the knowledge that he actually attended one of the most beautiful colleges in southeast London. It’s nice to know he’ll have this unprecedented level of warmth towards visiting for a show or two.

“I would love to get back out there and I’ve been wanting to ever since I went to school at Dulwich College. I want to come see you guys and play!”

As a piano player since the age of 5, I’m interested when we’ll be hearing some of that. Lucky for me, Mayes confirms it for his upcoming material.

In advance of that EP, we’ve been blessed with a new single, ‘Prospector’, out now. It’s a dusty and arena-ready snarl that’s sure to extend his likability among the classic rock fans country harbours in the modern age. It spells great things for the EP. Look out for our review here at ThinkCountry in the near future.

TC in Conversation with Lockeland at The Long Road Festival