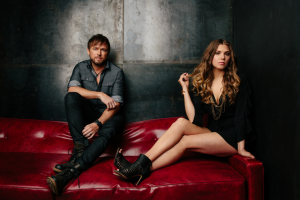 Indigo Summer are a Country Music duo I stumbled across totally by accident – and I am so glad I did! I think it’s one of those ‘meant to be’ moments when you discover an artist you are likely to always be a fan of.

Indigo Summer which consists of Bryan Edwards and Hope Nix – met in 2010 at a songwriter’s night at The Hotel Indigo in Nashville, hence how the name Indigo Summer came to be.

Prior to forming Indigo Summer, both Bryan and Hope performed as solo artists, opening for some of the biggest names in Country Music such as Keith Urban, Jason Aldean, and Charlie Daniels. As well as performing, they are both talented songwriters; Bryan can boast a successful song already, as he co-wrote If She Could See Me Now on Jason Aldean’s triple – platinum album My Kinda Party.

Slow Down Summer – Is the debut single from Indigo Summer. This song is the ideal release for summer! It is a very up – beat, fun-lovin’ track with nice traditional Country sounds which gets you up and dancing. It’s also the perfect track to play in your car with your windows wound down, the dial cranked up loud or whilst spending the day at the beach. I even play it whilst doing the house work, it puts me in a good mood and it makes the chores more enjoyable – ha! It is such a great song which I highly recommend and I am so excited for everyone else to hear it, especially in the UK. 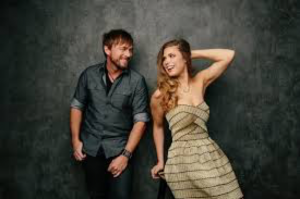 Hope has such a beautiful strong Southern sound that gives her a real Country twang which we don’t hear as often in Country Music today. The song is a great kind of catchy tune with an exciting up-tempo – sing along chorus that just makes me want to whizz on over to Nashville and soak up all that famous atmosphere – whilst listening to this song of course! It has a feel – good vibe and is a song that will reach a wide variety of audiences as has that bit of something for everyone.

Together, Indigo Summer make Country Music perfection. They create such a beautiful blend of harmonies and their vocals have a nice, authentic Country sound. If you like vocal harmony groups, then Indigo Summer should be right up your street. With comparisons to the likes of Lady Antebellum, Indigo Summer also remind me of the band Gloriana, before they recently became a male duo after the departure of female lead Rachel Reinart. As I stated in a previous review – there is a gap in the market for Country Music groups and seeing as the Country music community seems to be lacking a mainstream duo with both male and female lead vocalists – perhaps Indigo Summer are the ones to fill that void? They certainly have the talent and ability and if the music I have heard so far is to go by – then it is only a matter of time!

The future looks very bright for Indigo Summer and you can expect even more great music from them in the not too distant future. But for the meantime, download Slow Down Summer, and enjoy a fantastic song from a duo which is about to take the Country Music industry by storm!