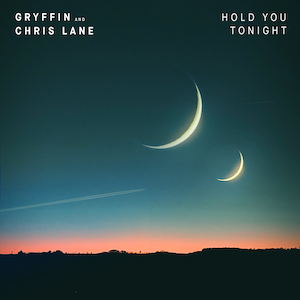 Meanwhile, an invigorating behind-the-headlines video puts a face to the feeling, filled with candid footage of life on the road, in the studio – and the real-life relationships which inspired “Hold You Tonight”.

As his current radio single “Big, Big Plans” continues to climb the Country radio charts, Chris Lane recently surpassed 1.5 BILLION career streams. Next up, he will appear on an upcoming episode of ABC’s brand-new series The Bachelor Presents: Listen to Your Heart.

ABOUT CHRIS LANE:
Chris Lane’s star continues to rise with GOLD and PLATINUM single certifications, two #1 hits (breakout smash “Fix” and recent chart-topper “I Don’t Know About You”), two Top 10 albums, and more than 1.5 BILLION combined streams. “I Don’t Know About You” followed the success of his hit collaboration “Take Back Home Girl” featuring Tori Kelly. Both songs are from Lane’s Big Loud Records sophomore album – LAPS AROUND THE SUN – that made a chart-topping debut, landing at #1 on the iTunes Top Country Albums chart and inside the Top 10 of Billboard’s Top Country Albums chart for the second time in his career. Gaining recognition, Lane was spotlighted in PEOPLE’s 2019 Sexiest Man Alive issue, has scored nominations at the iHeartRadio Music Awards, ACM Awards and Radio Disney Music Awards, plus appeared on TODAY, The Bachelor, The Tonight Show Starring Jimmy Fallon, Late Night With Seth Meyers and CONAN. Previously sharing the bill with Florida Georgia Line, Brad Paisley, Garth Brooks, Tim McGraw + Faith Hill, and Dan + Shay, the Kernersville, NC-native wrapped his headline BIG, BIG PLANS TOUR with sellouts in major cities coast-to-coast. Lane recently married Lauren Bushnell, after popping the question with “Big, Big Plans” – his brand-new single making its mark on Country radio.

ABOUT GRYFFIN:
Born Dan Griffith, Gryffin got his start in music as a classically trained pianist and guitarist and also played in several bands. After receiving an electrical engineering degree from the University of Southern California, he pursued a path in music production, drawing equally from his carefully honed musicality and edgy ingenuity. Gryffin made his breakthrough in 2016 with two singles showcasing his melodic take on dance music: “Heading Home” ft. Josef Salvat (which shot to #1 on Spotify’s US and Global Viral charts) and the Bipolar Sunshine collaboration “Whole Heart.” In addition, his 2017 smash single “Feel Good” — with Illenium and featuring Daya— peaked at #18 on the Dance/Mix Show Airplay charts. Gryffin’s major triumphs also include “Tie Me Down” ft. Elley Duhé (which hit #2 on the Spotify US Viral Chart and #9 on the Global Viral Chart, with over 103 million streams to date) and “Remember” ft. Zohara (which garnered 6.5 million streams in its first few weeks and earned support from Tiesto, who featured the track on an Instagram story). Arriving in October 2019, Gryffin’s debut album Gravity quickly climbed to #1 on Billboard’s Dance/Electronic Albums chart. More info here: https://gryffinofficial.com/.