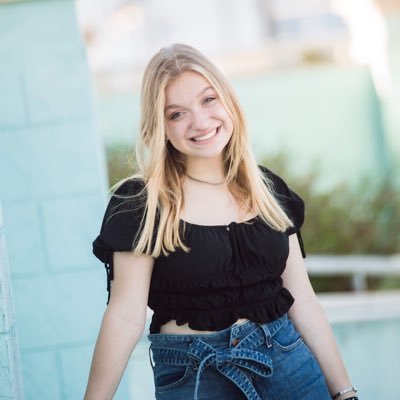 Loxahatchee, Florida’s Alyssa Marie Coon is about to turn the magical age of 16, and just as that happens, she’s also set to release her new single, “@16”, which she co-wrote with Maggie Baugh.  I had the pleasure of speaking with Coon and finding out a little bit about her and her new record.  Relax and enjoy this transcript of our recent phone conversation.

Patti McClintic:  Hi Alyssa.  Tell me a little about you.  Where are you from?

Alyssa Marie Coon:  Hi.  Well, I’m from Loxahatchee, Florida.  I’m 15-years old, but I’ll be 16 on November 19th, the day before my new single gets released.  I’m a sophomore in high school.

PM:  Where is Loxahatchee in Florida?

AMC:  I would say my friends listen to a lot of pop and some country, actually, a lot of country too.  A lot of kids at school are into rap.

PM:  What do you like to listen to yourself?  Not necessarily your influences, but just what you enjoy listening to on your own time?

AMC:  I love country!  I love Kelsea Ballerini, Carly Pearce and Taylor Swift.  They’re the reason I started singing.  I love them.

AMC:  Yeah, so, the song is about being young and in love, and everyone’s been in that situation at some time in their life.  Everyone says it can’t last, that’s literally what everyone would say.  So, we had the idea to write that song, and one of the lyrics in that song is, “Everyone said it would only last for a few months, but they were wrong”.  So, that’s literally the concept of the whole song.  I actually recorded the song at Markee/Ridenour Studios.  They have a location in Deerfield Beach, Florida and in Murfreesboro, Tennessee, so it’s pretty awesome.  That’s where I recorded that song.

PM:  Who plays the instruments in the studio?

AMC:  It was Keith Ridenour and Wayne Hood.  They did everything.

PM:  Once it’s released on November 20th, what are you going to do to celebrate and promote it?

AMC:  Well, that’s actually the day after I turn 16.  I turn 16 on November 19th, so I’m literally going to stay up all night, I have school on Friday, but I’m going to stay up all night (laughing).  I’m so excited because I had this photo shoot for this specific album cover and I am never happy with any of the photos because I’m so picky, and this was my favorite photo shoot that I ever had.  So, I’m really excited to post those pictures on social media, and also to celebrate my birthday on that day.  It’s going to be super fun.

PM:   Obviously, not now very much, but do you normally play live shows?

AMC:  Yes.  I usually play live shows.  I’ve played all around Florida, all around Tennessee, but since COVID, everything slowed down, but I’ve actually opened up for Tracy Lawrence and Walker Montgomery.  I’ve performed at some big shows in South Florida.  I was at South Florida Country Music at the VIP Tent to perform for artists like Lady Antebellum, Darius Rucker and many more.  Actually, if you look up Coral Sky Amphitheater, it’s called iTHINK Financial Amphitheatre now, but it was Coral Sky back then, you can see all of the performances I’ve performed at.  It’s pretty awesome.  I miss doing it.  I wish we could get back to normal.

PM:  Your goals for the next four to five years?  What are your big plans?

AMC:  I think my biggest plan would be to finish school with good grades because I really want to go to MTSU (Middle Tennessee State University) which is down in Tennessee, and study the music business there.  I also want to come out with an album, which may happen soon, which I’m really excited about.  I also just want to learn more about music in general, the music business, and perform at more shows at more venues.  Obviously, there’s kind of a hold on that right now, but in five years that’s definitely gonna change.

PM:  It better or we’re all gonna be crazy, right?

PM:  Well, that’s a good plan.  You have a good plan!  So, kids all over the place, not unlike you, they dream of coming to Nashville to have a music career.  Do you believe in order to really succeed in the music industry that you have to be in Nashville?  If you do, why?  Or if you don’t, why not?

AMC:  Well, I feel like it’s a lot easier to succeed up there just because you’re literally living inside of it, rather than in Florida, you’re over, like, many miles away.  It’s kind of hard because not everything revolves around music, but I think you can definitely do it both ways.  Nashville’s just an amazing place, but I think it could be accomplished either way.

AMC:  I’ve written with many people.  I wrote one of my singles I have out on all music platforms with the artist Steel Ivory.  They are actually based out of Nashville, but that song is definitely one of my favorite songs that I’ve co-wrote, so far.  It’s called “Oblivious”.

PM:  I’m going to throw a scenario at you now.  Let’s say you were at a local festival and the opener for Kelsea Ballerini very suddenly got sick at the last second.  Someone at the festival knew you were there and asked if you could very quickly fill in.  You knew you had to do it because this was your big chance.  You had to do a six-song set.  Which six songs would you do?

AMC:  Oh, so, I would probably do three or four originals.  Do you want me to name them?

AMC:  Okay.  “Oblivious”, “You Can’t Do That”, “I Gotta Know” and “Before I’m Out There” would be the four originals I would choose.  Then the two cover songs I’d probably do, based on the crowd I’m assuming they’re probably country music fans, so I would do this mashup of “Wagon Wheel” and “Country Roads” that I have, and then “Ring of Fire” by Johnny Cash.

PM:  Sounds good, and those are all songs you could jump up and do just like that?

PM:  What’s more important to you, maintaining your own creative individuality or conforming to what labels demand in order to get a deal? 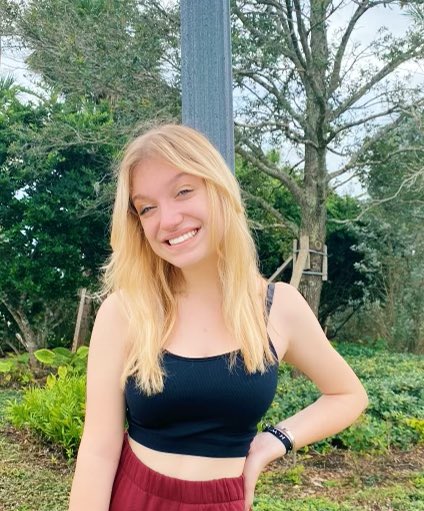 PM:  Right now things are tough in the music industry.  It’s tough on everybody, and if this pandemic should continue on for a long time, the end is not in sight, let’s say, what would you do?  Would you just keep on with your same plan or do you have another plan if it all just seems to cave in and fall apart?

AMC:  Well, my whole plan is music, so I think I would focus on the writing aspect or producing.  I have gotten into producing a lot at home.  Obviously those aren’t my main focuses, I mean, writing is, producing isn’t, but if for some reason that happened where I wasn’t able to perform out at shows, that would be something I would try to focus on more.

PM:  Okay.  Which instruments do you play?

AMC:  Yeah (laughs) I’m kind of all over the place.

PM:  Well, that’s pretty well-rounded.  Did you have someone teaching you these things or were you self-taught?

PM:  That’s great.  Is there anything else that you’d like to add or talk about?

AMC:  Well, we talked about my single, and obviously I wanted to talk about that, and I had a song come out a couple weeks ago called, “Before I’m Out There”, a song that meant a lot to me, so if everyone wants to check that one out.  It’s basically about growing up.  It kind of goes along with this song that’s coming out that’s called “@16”.  Just growing up and all the questions that you may have about life that no one really talks about.  That’s one that I would like if everyone would check out.

PM:  What’s your phobia?  What are you scared of?

AMC:  Oh, my gosh!  I am literally so scared of spiders!

AMC:  There’s so many, and they’re not even poisonous.  I think, like, daddy long legs (laughs), I don’t know the correct name for them.  Or, like, I don’t like heights that much.  I don’t really have that many phobias, but spiders, that’s a big one.

PM:  Spiders are mine too, I completely freak out.  I hate them.

AMC:  Oh, wow, I think phone cases.  Or guitars, but if it’s not music-related, it’s definitely phone cases.  I have phone cases to match, literally, every outfit, and I never use them.  I only use the same case that I always use. (Laughs)

PM:  After she just tells me she owns too many! (Laughs)  That’s awesome.  There’s never too many guitars.

PM:  Do you have a favorite guitar?

PM:  So, that’s your queen guitar?

PM:  Alright next one.  I’d like to trade places with (blank) for one day because (blank).

AMC:  Wow!  I would have to say Taylor Swift or Kelsea Ballerini.  Maybe Taylor Swift because I want to know how it is to, like, I mean, her fan base is all around.  Like, everyone likes her, basically.  So, I would love to know how that is, and how the pressure that she has on, because she’s like, I don’t know, she’s just amazing.

PM:  She really is something, she’s really something.  Yeah.  It would be good to know that, wouldn’t it?  Just to know how she’s doing it.

PM:  All the money in the world, but still, you have to wonder.  Then finally, because we are Think Country, when you “Think Country”, what do you think?

AMC:  I think about happiness, literally, everything involving country.  I love the outdoors, that reminds me of country, playing music, listening to country music, this interview, just everything revolving around country is so happy

PM:  That’s great and that’s kind of the way we think too.

PM:  We’re done.  Thanks so much for talking with me today.

AMC:  Thank you for having me! 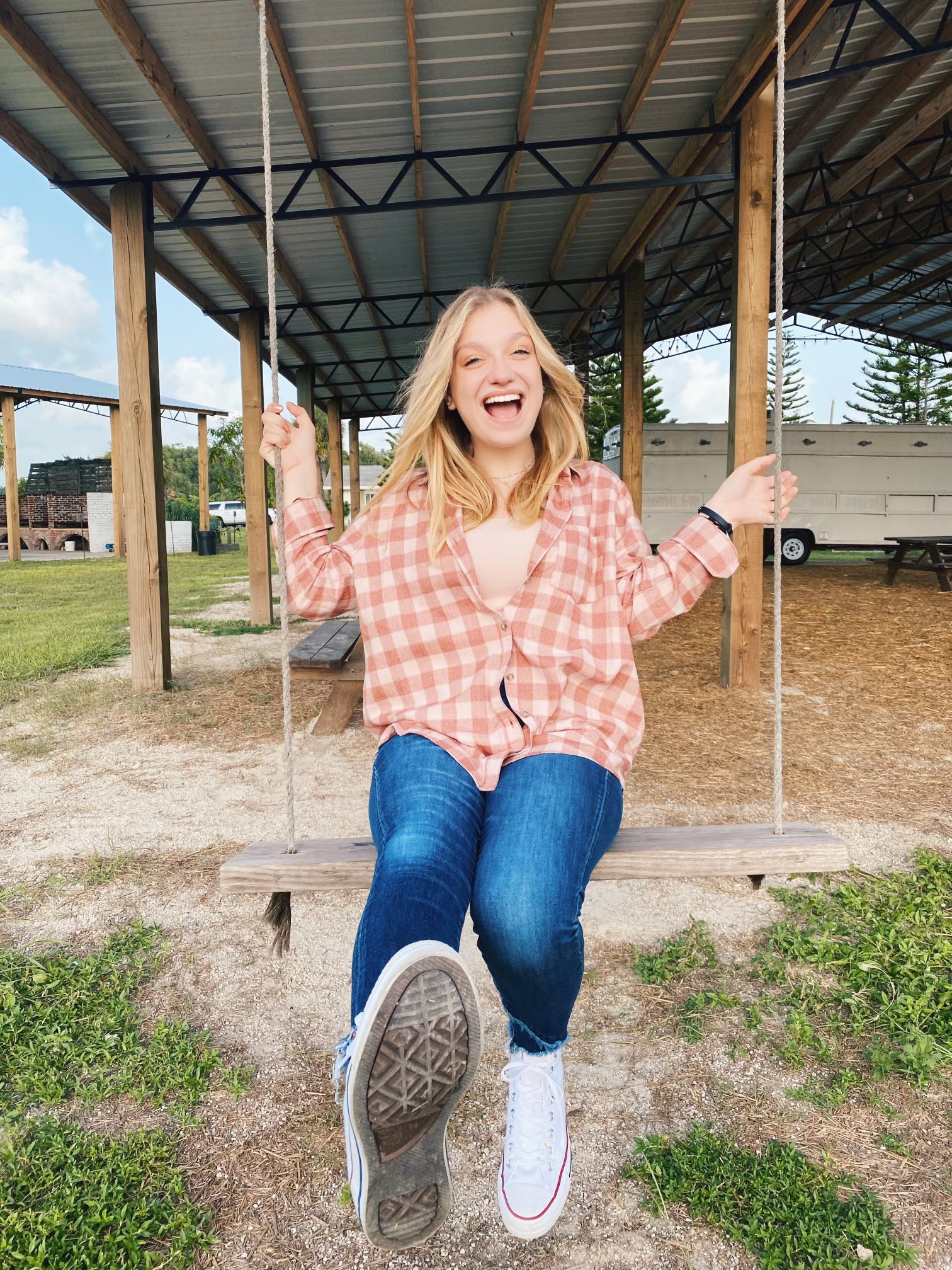 Alyssa Marie Coon can be found: