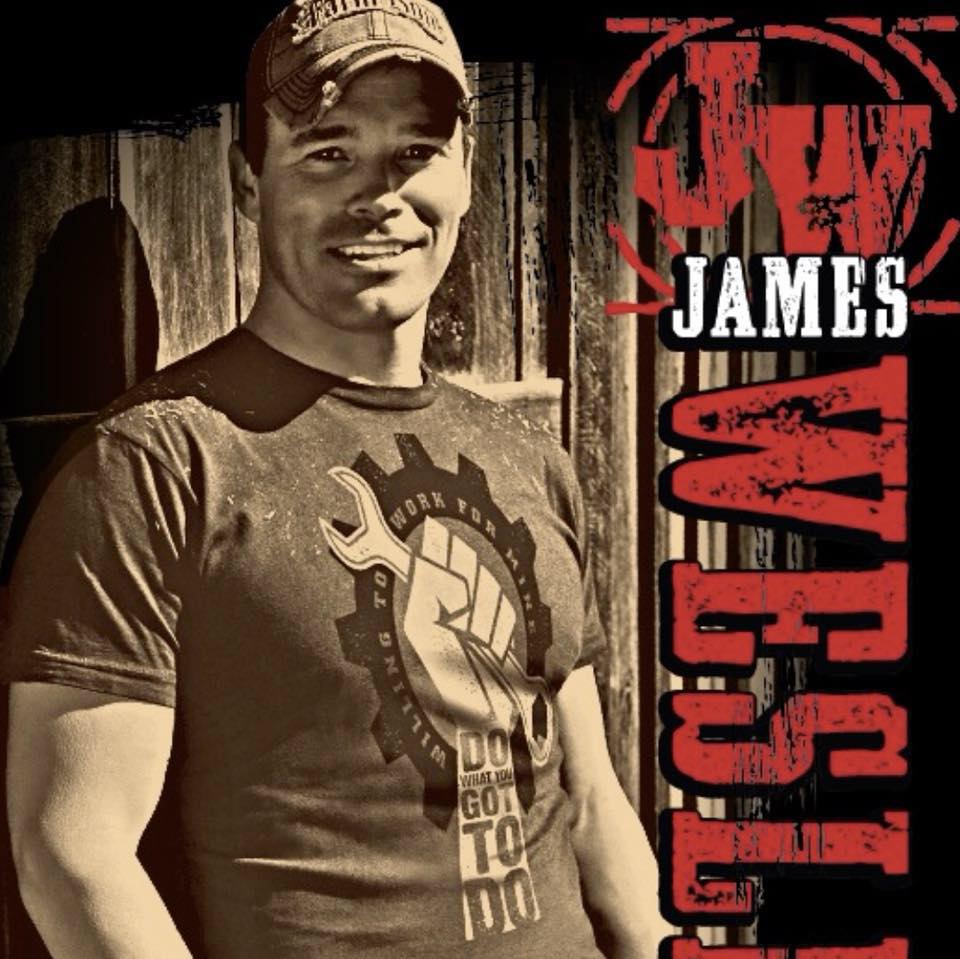 I had the chance to speak with country artist James Wesley at CRS 2019.  We had a good discussion about what he’s been doing recently and what’s next.  Despite our time being limited, I learned quite a bit about Wesley, who I had only met for the first time this year.

The following is the transcript from our conversation, which took place on February 13, 2019:

Think Country:  If you’re the same James Wesley that I think you are, there’s a girl that’s a Facebook friend of mine from Upstate New York that has told me many, many times that I need to listen to your music and that I should interview you.

James Wesley:  It’s not Carrie, is it?

JW:  She’s a sweet girl.  Every time I’ve been back up there, she will make me cookies.  She will make my band cookies.  Chocolate chip cookies and they’re the best.

TC:  Are you from that area?

JW:  I’m not, but you would think for as many times as I’ve been there, and the crowds that turn out for my shows, that I was.

TC:  Wow.  I’m actually from the Buffalo area originally, and I think that’s how she and I became Facebook friends, or maybe it was a friend of a friend.  I guess I assumed that maybe she knew you because you were from her area, which is the Batavia, New York area.

JW:  Oh, well, yeah, I’ve played Rochester and Buffalo.  I did a benefit with some farmers.  It was called “Thank a Farmer”.

TC:  There are a lot of farmers up in that area.

JW:  There are.  This farm was about to lose their dairy.  So, we got to play and raise money for them.  They had a fire, so we got to help them rebuild their barn which was nice.

TC:  That’s really cool.  It was like a tiny little “Farm Aid” of sorts.

JW:  Yeah, it was cool.  I got to meet some really good friends doing that and then I played Frog Fest with Big Frog 104 in Frankfort, New York.  That’s the station in the Syracuse, New York area.  I did that one for a couple years, but it’s just a great fan base that I’ve got there.

TC:  Yeah, you know, people don’t really think of that area as being big on country music, but it is.

JW:  It sure is.  I grew up in the Midwest and I play the west coast and the east coast.

TC:  Are you now in Nashville?

JW:  I lived in Nashville for about nine years.  I signed a developmental deal with Warner Bros. in 1994, didn’t release a single until 1999 and that was “Life Goes On” (released as James Prosser), and then all the changes took place, they downsized and restructured and all that, so I moved back to Arkansas.  I played on a live country music and comedy stage show for a few years and then I got a wild hair to try it again, so I sent Broken Bow some music and they liked what they heard.  I went to California where Benny (Brown), the owner of the label, was living.  I went out there and did a showcase for them.  They liked what I did and I signed with them and had a single out in 2010 called “Jackson Hole”, and then we followed that with a single called “Real” and it went to number 25.  Then we released the single, “Didn’t I”, which got to 24.  So, I’ve had some success with top 40’s and top 20’s, but I’ve yet to break that top 10.  That’s what I’m hoping to do with this new EP that I have.

TC:  What is the new EP called?

JW:  It’s a self-titled EP, it’ll be James Wesley, and the single release on it is, “The You I Wanna Know”.

JW:  Not yet.  I’m getting ready to launch my website, so the songs from the EP are going to be on that, so we’re probably looking at around April or May.

TC:  Will that just be a digital EP?

JW:  I will have a hard copy and I’m actually getting those pressed up in the next week, but I’ll probably release the digital to radio and get it out there a lot faster.  I’ll probably mail them a hard copy too.

TC:  Are you loving that?

TC:  A lot of people are playing the indie game and enjoying it now, and it’s really different these days.  There are so many ways for music to get out there and get heard, that a lot of artists are choosing to do things on their own, everything on their own.  Booking their own shows, promoting their own music, all of it.

JW:  You know, if you throw a great song out there, people hear it.  With all the different types of stations and platforms, like you say, people can hear it.

TC:  There’s really no reason why people can’t hear it, as long as you push it out there somehow.  If you record it and you get it out there, and it can be heard.

(At this point, Wesley played me some of his new single, “The You I Wanna Know”)

TC:  That’s a good song.  You have kind of a traditional voice.

JW:  Traditional with a modern spin on it.

TC:  Definitely, and your band helps with that because you can hear those heavier drum beats and that cool sound.  You’ve got your traditional sounding voice with that Jason Aldean-like backing band.  It’s great.

JW:  The crazy thing is, I had a lot going on at one point in my life, not too many months ago, and my band kind of felt for me, and they went in knowing I wanted to cut these songs, and they went in and tracked them all for me.

JW:  They started giving me little pieces of it, and I’m like, “What are they doing??”, but they wouldn’t tell me what they were doing.  Michael Blakemore and Jesse LaFave are my two guitar players.  Jesse’s more of the country.  Michael’s more rock and adding all of these things to build the songs and put more little features into the songs.  Well, they went in and took the band and they cut these songs for me and surprised me with all these tracks.

JW:  Then I went into Austin, to Cedar Creek Records where Jesse works and does things down there, and we went in and I put down my vocals, and got to basically produce my own record.

TC:  Isn’t that nice to be able to do that?  You’re kind of the captain of your own ship.

JW:  Yeah.  It was nice, I could do it at my own pace.  I flew in that day, and although it was five songs, I cut three songs that day.  I didn’t know I was gonna get that many, but I tracked three songs that day, vocal-wise.  Then I came back in the second day and we did the other two, and then I went back over what we did the previous day just to make sure everything was the way I wanted it and it couldn’t have gone any better.  My voice held out, I didn’t get super tired, it was fun.

TC:  You had a good support system with this band.

JW:  My guys are amazing.

TC:  Are they the same band that you’ve had all along?

JW:  I’ve had Jesse and Michael with me for quite a while.  My bass player, Neil Alexander, he still subs every now and again.  He was with me pretty much from the beginning, and he’ll still fly in and do shows with me.  Matt Morgeson, he plays bass and lead guitar and he actually sold merch for me for a while.  Bryan Tewell is my drummer. 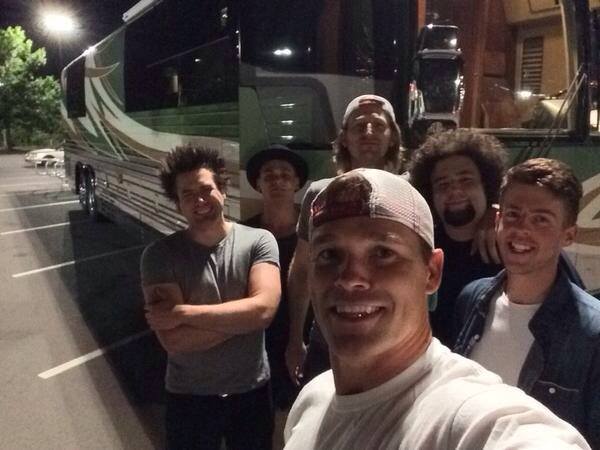 JW:  Right?  In this town, the janitor can probably play a pretty mean guitar.  There are so many talented people in this town.

TC:  Exactly.  The guy flipping burgers down the street can probably fill in if you need a guitarist.  Talented people everywhere.

TC:  I’m guessing you’ll be hitting the road with this new music?

JW:  Yes, absolutely.  I already have dates scheduled and I just picked up another date yesterday in Yucaipa, California.  I’ve got upstate Washington and then back out to California.  I’ll be every place.

TC:  So, where’s home for you right now?

JW:  Home for me right now is Fayetteville, Arkansas where my Mom, my Stepdad and my sisters live.

TC:  That’s kind of central, at least if you have to get to Nashville often.

JW:  Yeah, I’ve been traveling around a lot.  I was just out in California.  I played a really cool vineyard.

TC:  Wow.  Well, if this music thing doesn’t work out, you have a whole different thing you can fall back on with fixing up these bikes!

JW:  Well, it better work out!

TC:  I’m sure it will, but you have other talents, who knew?

TC:  Finally, big dreams.  If today, just like magic, you could open up for anyone, who would it be?

JW:  You know, I’d like to open up for Keith Urban.  The thing with Keith is, he has a traditional background.  He knows his country music, but he can play, he’s one talented guy.

JW:  When he came out, he was with a group called “The Ranch”.

JW:  So, yeah, that would be cool, to go out on the road with Keith Urban.

I don’t know that we have the power to make that happen for you James, but we sure wish we did, however, should it ever happen, please reserve us a nice seat for one of those shows.  We might be interested in “covering” that one. 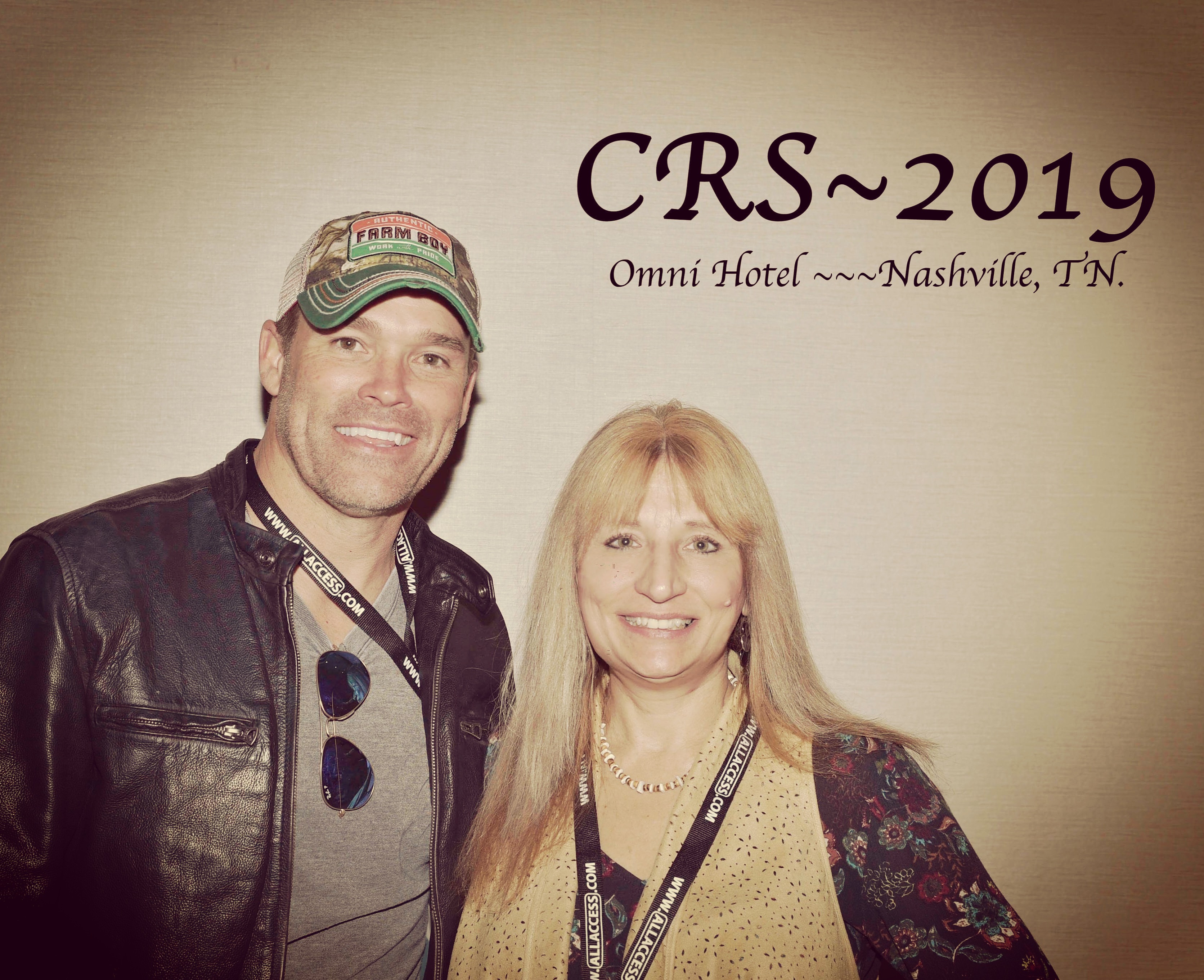 James Wesley can be found:

Shine a Light on JAY VALOR