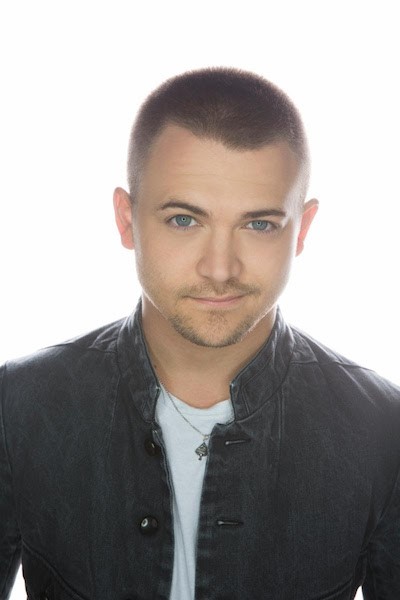 Five-time GRAMMY-nominated artist Hunter Hayes has shared the music video for his new single “Heartbreak”. Directed by Colin Duffy, Hayes optimistically relives the day over and over again to get one step closer to his true love. The broadcast video premiered exclusively on Viacom channels (CMT and MTV), including airings on Times Square billboards in New York City. “Heartbreak” has already received praise from Rolling Stone, People and more, with Paste describing it as “a love-song’s curveball at the traditional breakup narrative.”

Hunter Hayes is due to return to the UK & Europe next month, for a run of shows including main stage performances at the annual C2C (Country to Country) festival:

“It’s all about growth, mystery and optimism,” Hayes shared exclusively with Hollywood Life. “I think that sums up the album in a lot of ways, even though there are some sad songs on it. it’s all an optimistic point of view for the most part, and the goal, even with the darker songs, is meant to be optimistic. I think that’s kind of been my spirit as I went through this past chapter and wrote about it and put it into song.”

The multi-genre superstar also recently announced his headlining Closer To You tour, with tickets on sale beginning today. The 20-date run will kick off in April and will wrap up in June, making stops in major markets including Chicago, Los Angeles, and more.

“Heartbreak,” his first single in three years, follows the unfiltered track “One Shot” that Billboard praised for being an “instant party anthem” that’s “highly relatable…with the uplifting, hopeful tone that’s a signature of his music.” In 2018, Hayes also released the unflinchingly honest and introspective song “Dear God,” which has amassed over 23 million streams globally. With Rolling Stone calling it an “anthem for the anxious,” Taste of Country also declared: “leave it to Hunter Hayes to release a song that speaks the truth.”

The Louisiana native has achieved over 1 billion on-demand career streams globally and three chart-topping singles, including his 5x multi-platinum crossover single “Wanted,” which received a GRAMMY nomination for Best Country Solo Performance in 2013. The massive crossover hit, featured on his 2x multi-platinum debut album Hunter Hayes, is well beyond 120 million streams on Spotify alone and became his first No. 1 single on the country airplay charts; solidifying him as the youngest solo male artist to top Billboard’s Hot Country Songs chart in over 40 years. The self-titled debut has accumulated over half a billion on-demand streams in the US alone and also includes the platinum-certified No. 1 “Somebody’s Heartbreak,” the 2x multi-platinum “I Want Crazy” and the gold-certified singles “Everybody’s Got Somebody But Me” and “Storm Warning.”