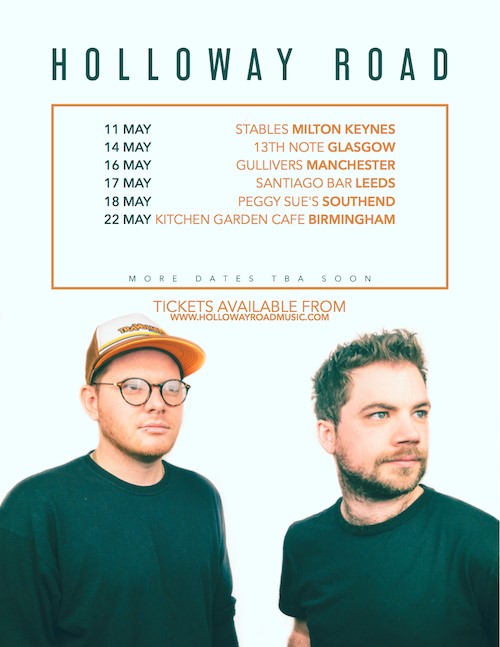 Following the release of latest single ‘Get The Girl’ last month (listen here), international country/pop duo Holloway Road – Jack Cooper & Rob Gulston – have announced a set of UK tour dates this May, including shows in Glasgow, Manchester, Birmingham, and their hometown of Southend-on-Sea:

Tickets available for all shows from https://www.hollowayroadmusic.com/

As their music approaches one million streams to date, including 85k+ for ‘Get The Girl’ with major playlist support from both Apple Music and Spotify, and growing radio play from Chris Country, BBC Introducing and more, the band have thanked fans by sharing a brand new acoustic EP ‘Broke – Unplugged Part I’ (listen here) featuring versions of three of the songs from their 2018 release ‘Broke’, an iTunes Top 5 album and their best-selling EP to date. In addition to the dates above, they are confirmed for several festivals this summer including a show supporting US country star Lauren Alaina.