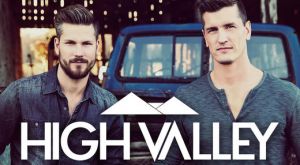 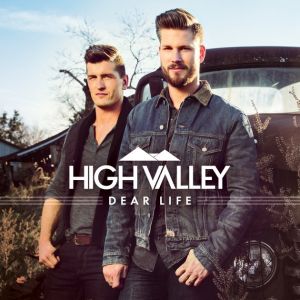 After signing with major record label Atlantic/ Warner Nashville back in October 2015, this is the first High Valley album released with them. While the previous albums were great, this one is the slickest by a country mile, and it’s clear that they have moved up to a whole new level.

The album kicks off with She’s With Me, and immediately i’m hooked on the toe tapping upbeat melody. Make You Mine was the first single to be released to country radio, and the feel-good upbeat track is the perfect choice to introduce people to High Valley.

The guys are very family orientated and have said the album is like taking their diary of family life. Don’t Stop was written about their kids, but the lyrics can relate to everyone; “Dreamin’ even if don’t come true. Being who you are. There’s only one you”

Lead vocalist Brad has writing credits on 9 of the 11 tracks on the album. As well as this, Dear Life features some of Nashville’s great songwriters including Jessi Alexander (I Ain’t Changin’) and The Cadillac 3 frontman Jaren Johnston (Roads We’ve Never Taken).

As i listen to the album, from Dear Life to Only You to I Be U Be to closing song Young Forever, each track grabs me with stunning harmonies, up tempo melodies and catchy but meaningful lyrics. The entire album is a perfect mixture of country and bluegrass, with rock and pop elements. In fact, all 11 songs are strong choices and there isn’t a single one i don’t love.

High Valley are definitely underrated in my opinion. The release may have been overshadowed by some big name country artists releasing albums in the same week, but this is definitely one that’s worth a place in your album collection.

After playing a few sets at C2C Festival 2016 in London, High Valley are back for a European tour of their own in February 2017. Tickets are on sale now Here

Love Was In The Air This Past Holiday Season