During a sold out live-streamed concert hosted by Destination Country last night, country/pop duo Haley & Michaels announced that ‘Hail Mary’, the fan-favourite and album title track, will be their next radio single in the UK & Europe. The song follows ‘Drinking About You’, which has been played on BBC Radio 2 and performed in a special acoustic performance as part of the station’s Country Festival special hosted by Bob Harris, along with airplay from Chris Country and Country Hits Radio, who featured the duo as Baylen Leonard’s Country Champion earlier this year. 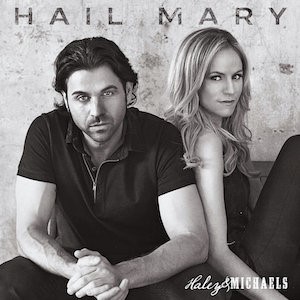 The defiant, uplifting track, performed live on NBC’s TODAY show late last year to coincide with the album release, might just be what the world needs to hear in these difficult times, and its message resonates throughout not one, but two official music videos released over the last few months, both with their own unique stories. The first is accompanied by clips from the Netflix film Walk, Ride, Rodeo, on which ‘Hail Mary’ appeared as part of the soundtrack and trailer; and the second is a more traditional music video, that shows yet another side to them.

Just over a year ago, the song’s inclusion on Walk, Ride, Rodeo marked the first time fans got to hear ‘Hail Mary’, and it has since been streamed millions of times across the world. The biopic tells the true story of championship rodeo barrel racer Amberley Snyder who defied the odds, returning to the sport after barely surviving a car crash that left her paralysed. Haley & Michaels, along with Snyder, have now announced plans to host an online Netflix Party in May during which fans can watch the film together and ask questions about the project in real time – details to follow.

Although the husband and wife duo – Shannon Haley & Ryan Michaels – are now based in Nashville, they both grew up in the San Francisco Bay Area, and they still consider the 49ers their hometown team, particularly relevant with the NFL Draft going ahead this weekend (23rd-25th April), albeit remotely due to the current social distancing measures. The video was produced by the 49ers and shot at Levi’s Stadium, and the team selected the track as their official song for the 2019-20 season.

The couple also recently announced in an exclusive piece on People that they are expecting a baby girl, sharing an image that highlights their shared love of the Star Wars movies, holding a “Baby Jedi” t-shirt ready for the new addition to their family! 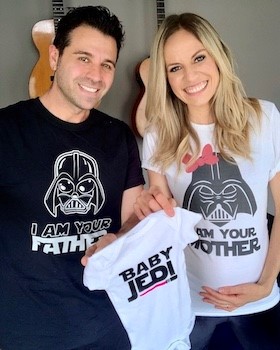