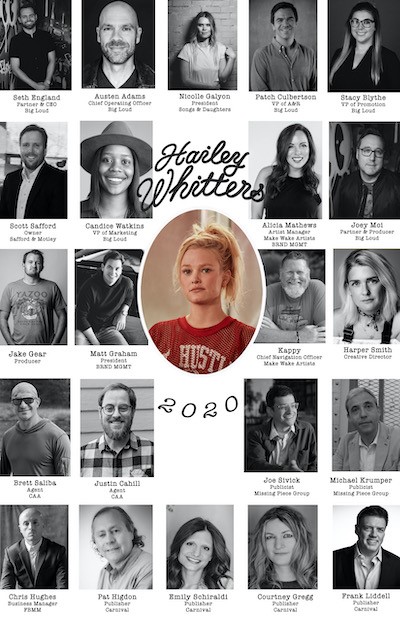 “I’m proud to partner with Big Loud Records / Songs & Daughters, and to be represented by a label that is building artist’s careers in innovative ways that are unrestrained by industry standards and norms,” explains Whitters.

Co-managers Matt Graham (BRND MGMT) and Chris Kappy (MAKE WAKE ARTISTS) say, “Artists like Hailey Whitters rarely come along – she can be one of the biggest stars in the genre, that’s why we decided to team up and pitch her together rather than compete for her. We’ve spent the last year building a team worthy of her talent. Big Loud Records / Songs & Daughters has been an immediate force on that team and we couldn’t be happier with this new partnership.”

Seth England, Partner/CEO of Big Loud, shares, “Entering our fifth year as a record company, we knew it was time to evolve Big Loud’s roster in creative directions we haven’t been before. Today’s announcement marks a big step in that. We have been so drawn to what Hailey and team have been building, and the incredible music they make.” Adding, “Hailey is the quintessential Nashville success story and we couldn’t be more proud to be a part of her future. Thank you Hailey, for trusting Big Loud Records / Songs & Daughters to partner in your next chapter.”

“To me, Hailey represents the heart of my favorite kind of Nashville success story,” admits Galyon, President of Songs & Daughters. “She’s had the tenacity to master her craft for 12 years, the gift to turn that into compelling music, and the authenticity to win over the Music Row community with a record she made all on her own. I’m honored to get to be a small part of the incredible story she’s writing.”

The Washington Post called THE DREAM “the year’s deepest country album,” and American Songwriter gave the album “4.5 out of 5 stars” and said, “Hailey Whitters’ blood, sweat, and tears have paid off — The Dream is worth it. She has more than earned this moment.”

Pitchfork included the album on their “Great Records You May Have Missed: Winter 2020” list, and SPIN named the single “All the Cool Girls” one of their “50 Best Songs of 2020 (So Far).” Rolling Stone named “Janice at the Hotel Bar” a “Song You Need to Know,” and said, “Based around a gentle acoustic guitar strum, the song highlights Whitters’ plaintive voice and sums up the gorgeous simplicity of the songwriter’s debut album, The Dream.” 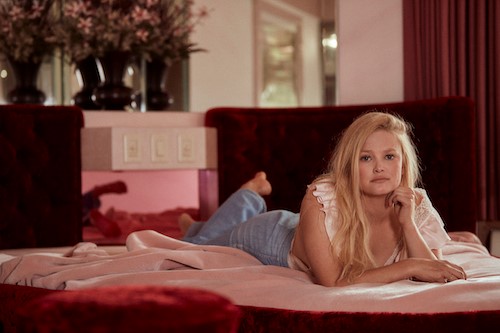 ABOUT SONGS & DAUGHTERS:
As Nashville’s first-of-its-kind label, Songs & Daughters – in partnership with Big Loud Records – is a female-driven music brand under the direction of BMI Songwriter of the Year (2019) Nicolle Galyon. Launching in July 2019, the mission of Songs & Daughters is to be a home for female creatives that nurtures both the art (the song) and the artist (the daughter). Touting six #1 career hits as a songwriter, 2X ACM Awards plus GRAMMY and CMA nominations – including a Triple Play Award win, Galyon serves as President and CEO of Songs & Daughters. Signing rising Country singer-songwriter Madison Kozak as their flagship artist, the Lindsay, Ontario-native has been named a part of CMT Next Women of Country Class of 2020 and among the platform’s year-long 2020 LISTEN UP campaign while under the label. In addition, as featured on “Artists to Watch” 2020 lists by Pandora, Pop Culture, and Sounds Like Nashville, she’s made her Grand Ole Opry debut, as well as toured the U.S. with Tanya Tucker, Aaron Watson, Morgan Evans, and Mason Ramsey, plus trekked Europe with Chase Rice. For more information about Songs & Daughters, please visit songsanddaughters.com, and reach out on Instagram.

TC in Conversation with Hawthorn Avenue