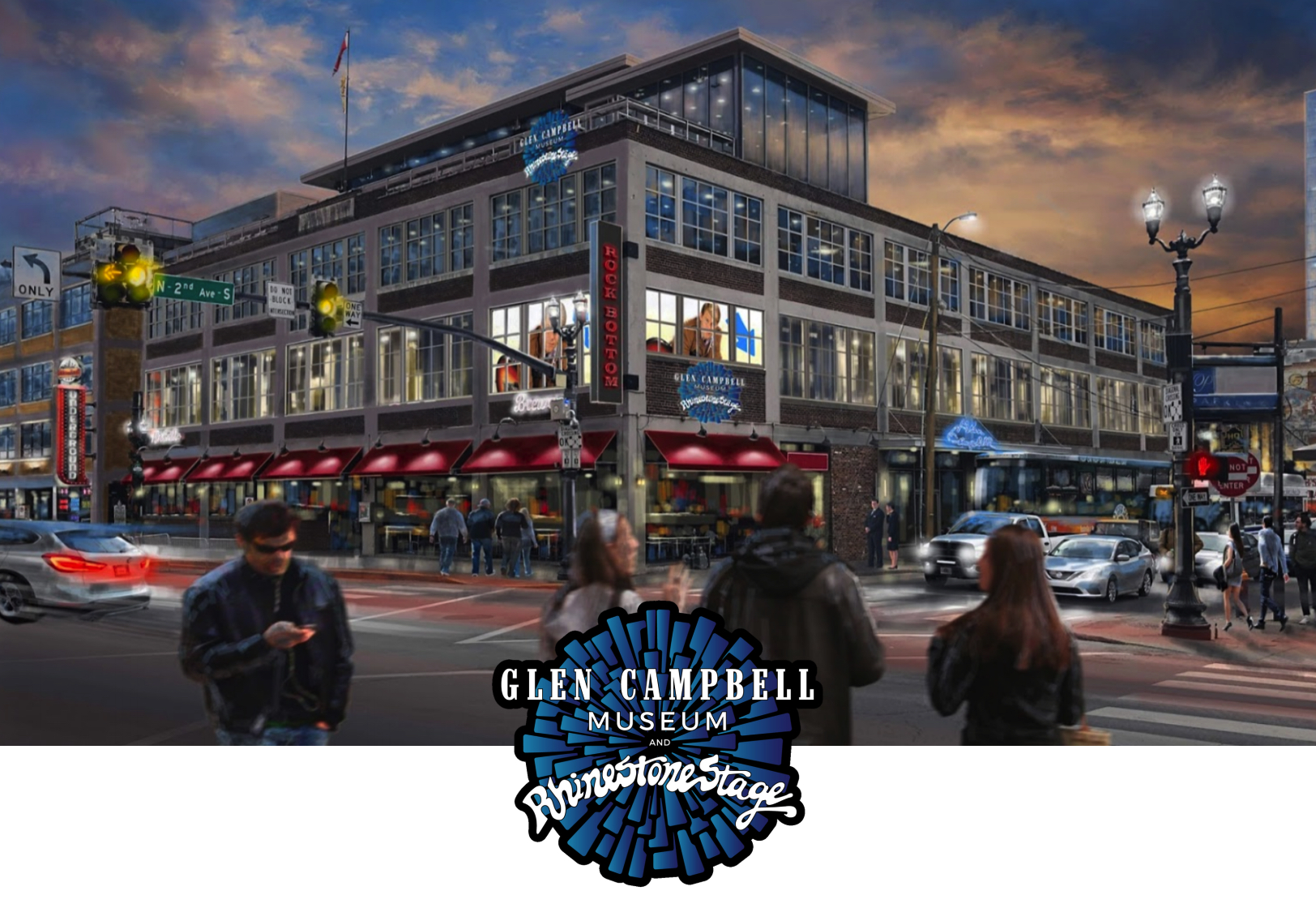 For most it was just another Thursday, for myself and handful of media and family and friends, it was the day we got to see inside the brand new Glen Campbell Museum in Downtown Nashville. Located on 2nd Ave, inside the same building as Rock Bottom, its easy to get to and right in view of downtown.

Glen Campbell was more than a Country singer, he was a pioneer in music. From the first time he set foot in that LA studio with the Wrecking Crew to his long time songwriting partnership with Jimmy Webb and not to mention his acting career, Glen’s life is steeped in stories and history that should never be forgotten.

Walking into the museum, immediately you could tell the work and love that had gone in to creating the space that houses music and film memorabilia, including Campbell’s first guitar and a selection of some of the many awards he was presented over the years. The opening was attended not only by media outlets such as ourselves but by his family, his wife Kim, his daughter Ashley and his son Cal. Prevalent faces in Nashville also turned out for the event, with Mayor John Cooper on hand to cut the ribbon, marking the official opening of the museum. 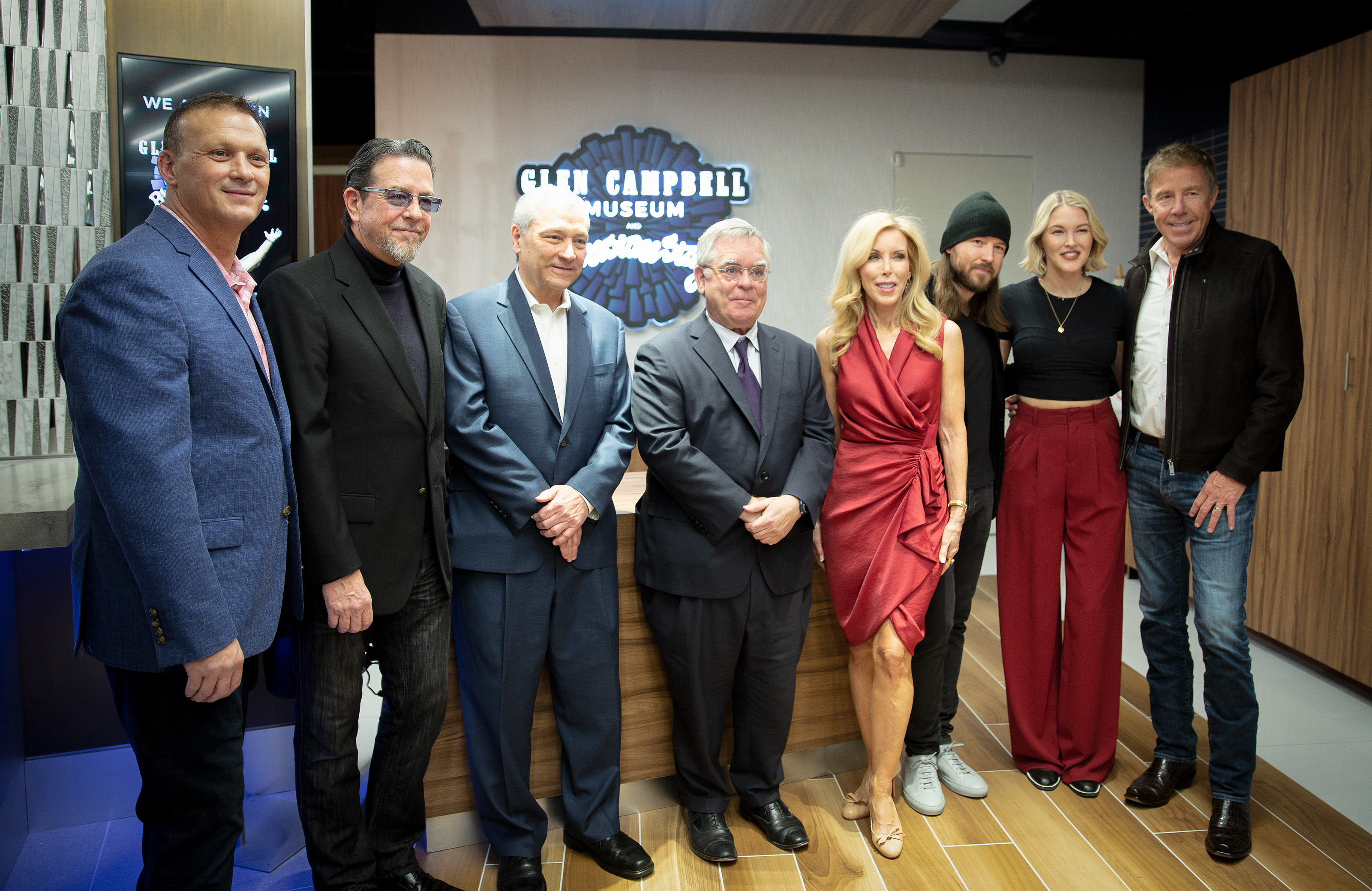 Nashville is full of history everywhere you turn and Glen Campbell is not the first and I am sure won’t be the last of Nashville’s royalty to be immortalised on those not so dirty sidewalks of Broadway. This museum however felt, to me at least, like there had been extra care taken to shine a light on the legacy that he left; almost feeling like an extension of the Country Music Hall of Fame with regards to the quality of the displays and those final little touches that just pulled the space together.

During the opening event we were also treated to a heartfelt speech from Glen’s wife Kim, who shared not only her joy of putting the museum together but also some personal stories about her relationship with the Rhinestone Cowboy. Her relationship with Glen didn’t start off smoothly as maybe it should have, meeting Glen at the height of his career and his battle with drug and alcohol addictions. In addition, a 22 year age gap between the couple was also a concern to Kim who turned to her father for guidance. On hearing it was Glen Campbell she was dating her dad took a second but, it seems fanboying, he advised her to stick it out. Thank goodness because this became a turning point for Glen. He moved out to Arizona with Kim just a few months later and they got married in Phoenix. Glen became immersed in the church and with the help of his wife and God he fought and took control of his addictions. 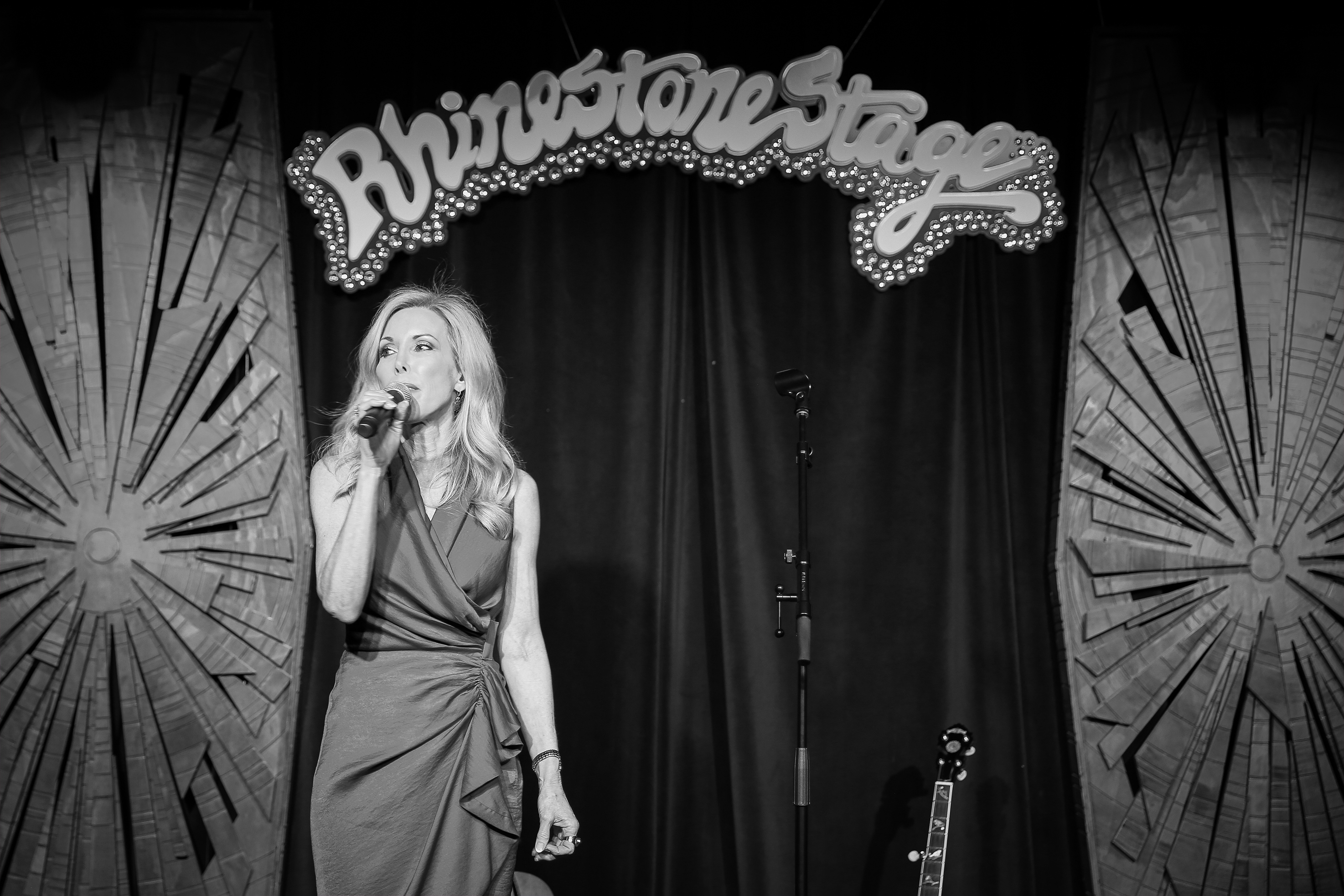 HIs story is not without his ups and downs but without those, would he be the artists we all came to know and love?

The opening wouldn’t have been complete without some live music to christen the stage that is housed inside the museum and who better to do that than his daughter, Ashley Campbell. Singing songs not only of her fathers but of his famous friends we got to enjoy a short performance including tracks such as ‘Gentle On My Mind’ as well as Ashley’s own song, written for her late father, ‘Remembering’. 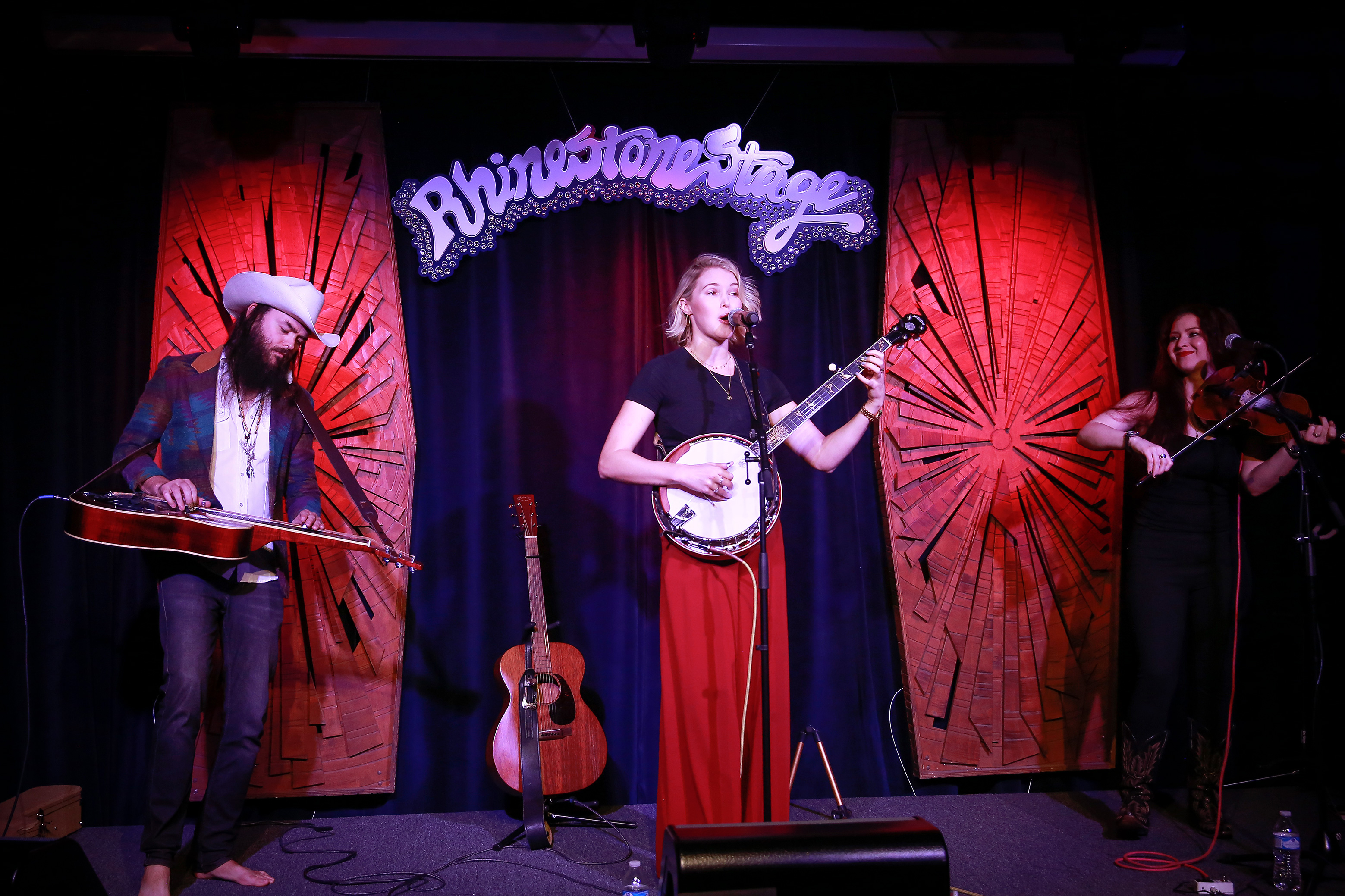 I don’t want to tell you too much about the museum itself because this is something that needs exploring first hand. From handpicked memorabilia from his family to interactive exhibits, you would be doing yourself a disservice to visit Music City and not take a walk though these doors. In true Nashville style the space also features ‘The Rhinestone Stage’ and in the evenings you can hire it out as a performance venue with space for up to 125 people!

To walk in and spend a little time with this country boy who went on to become a global success and inspire so many musicians, artists and actors along the way; it’s something you can’t miss out on the next time you are in the area. It truly is something to behold.