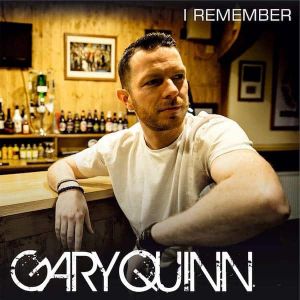 I Remember is the follow up to Gary’s 1st CD (self titled) released in 2013. I really like the 1st CD, so was quite nervous about I Remember, was it going to be as good? Better or worse? Gary was originally from Omaha in Ireland, but now lives in Manchester. He has retained his very strong Irish accent’ but this doesn’t come across in his singing voice at all. I was very surprised the 1st time I heard him speak, I didn’t really know anything about him at the time, but had listened to his CD a few times!

We are off to a very promising start with the 1st track First Glance. It is a beautiful love song about falling in love at 1st sight.

The love theme continues with Body Language. Words are not needed, he just turns to jelly by her actions.

Love has gone sour in Each Night You Lie. They are still together, but only just, she is with him in body, but not in spirit, he is wondering who it is she is dreaming about, knowing it isn’t him. It is a really haunting melody.

Shame is the 1st single to be released from the EP. I was present when part of the video for the single was shot, you can see Sasha McVeigh, who was stood behind me, you can see the guy who was in front of me, but I am on the cutting room floor!! That aside, Shame continues the sentiment of the previous track, where love has gone sour. It has a fatal attraction type of feel about it, where they both know it isn’t what they want, but they can’t resist each other, Gary blames himself, knowing that it should be him who is the strong one.

The final track The Best Man Won finishes the EP with a beautiful track about (I presume) Gary’s son and about how he stole his wife’s heart. He realises he can’t compete with his son & he is now number 2 in her heart!

I will admit to being disappointed that I Remember is only an EP, not a full CD, but I do know Gary has worked very hard at fund raising to get the money together to produce and release this. I was not disappointed, it is a really good follow up EP. It is a bit slow paced for me, but there isn’t a single track I don’t like, I really like them all. The words are beautiful. I also love the running order, it is as if the whole EP is telling a story.

The EP has been launched just in time for Gary to take it out on the road with him as he starts a Co-Headline tour this week with his very good buddy’s Luke & Mel, plus different support acts with each location, again show casing UK Country music.

Gary is also performing at