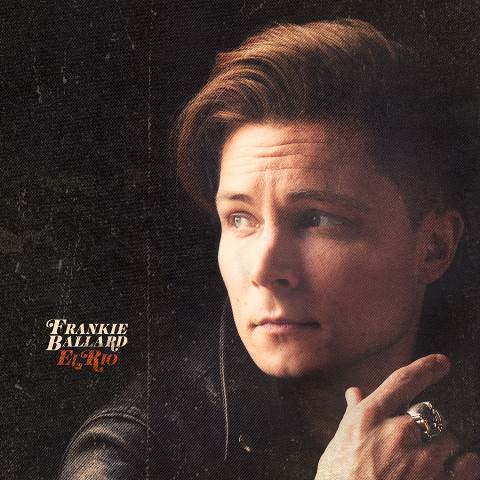 “I’m trying to get better with every album because I think that’s what the fans deserve” Frankie Ballard said in an interview recently, as he prepares for the release of his third studio album El Rio. As a huge fan of the Sunshine and Whiskey album, i was excited to hear his new music.

Produced by Marshall Altman, the album opens with an electric guitar intro as ‘El Camino’ kicks in. Co-written by Chris Stapleton, the song is full of optimism and slick guitar, as it quite literally drives miles away from your average country heartbreak song; “Honey, i’ll show you what gone looks like”.

‘Cigarette’ was originally performed by one of its co-writers Kip Moore and cleverly metaphors the smoking of a cigarette to falling for someone, opening with the lyric “heart shaped smoke rings dancing off the end of your lips”. The recording process for the album is an interesting one. Although based in Nashville, Frankie headed out to El Paso, Texas with a band of talented musicians for an intense 10 days filled solely with recording new music. El Rio features 9 of the tracks layed down at the infamous Sonic Ranch studios.

‘Little Bit of Both’ is one of my favourite tracks on the album, quite possibly because the first verse is so relatable. I’ve been “at a third row country concert… hands up singing” and “even bought a t-shirt”. Frankie might as well be singing directly to me at this point. A lot of his rock n roll influences have found their way onto this album, so naturally a cover of Bob Seger’s ‘You’ll Accomp’ny Me’ is a fantastic inclusion.

‘LA Woman’ is one of 2 tracks on the album co-written by Frankie, who has expressed that he is first and foremost a musician before a songwriter. The guitar riffs are just incredible and the song throws me back to my own travelling memories of seeing life on the Sunset Strip. ‘Sweet Time’ is the second, slowing it down a little, with the smooth vocals further complimenting each track; “Like a mellow kiss, two runaway hearts. We’re taking our sweet time in a real fast car”.

‘Good as Gold’ is an absolutely stunning ballad, another of my favourites, and has been described as the heart of the album; “He can buy you nice things but i can make your knees weak”. The style of the album is a little different to previous ones, and showcases how Frankie has grown with the music.

Bringing together some of Nashville’s most talented songwriter’s, the album is lyrically way ahead of so many other country music releases at the moment, with incredibly crafted storytelling. However, it is the music that stands out for me throughout the entire album. Every single track has a raw energy to it, which i imagine is in part to do with how it was recorded. It doesn’t feel forced together or unrecognisably polished in the way some other albums do.

True to his word, this album is even better than Frankie’s previous releases. In fact, it might just be one of my favourite albums ever! El Rio is a country rock goldmine, and is released on June 10th. Go get yourself a copy!

What Country Music Means to Me..

Don Gallardo at the Hut