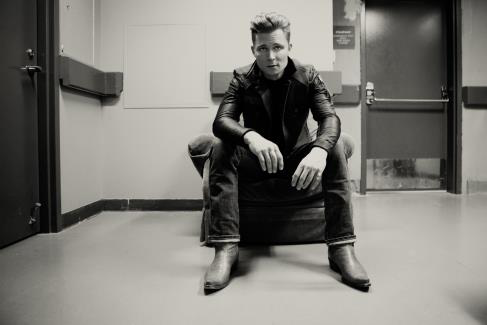 Warner Bros Records/Warner Music Nashville’s Frankie Ballard returns to UK this autumn for another highly anticipated tour. His recent sold out tour and upcoming shows are another sign of the rockin’ Michigan native’s growing popularity as he prepares to release his new album, El Rio, later this year in the UK.

“Our first trip was such a great time, we decided to come back for more,” says Ballard. “I’m anxious to see how the new album reacts overseas…it’ll have its sea-legs by October!”

Ballard’s first foray overseas included sold-out shows at London’s Hoxton Bar and Brooklyn Bowl. The new tour is much more ambitious with 10 dates, beginning Oct. 3 in Amsterdam. He then travels to Hamburg and Munich, Germany, before hitting Manchester, Glasgow, Leeds, Birmingham, Brighton, London and Dublin. Each has a rich pageantry of rock ‘n’ roll history, something Ballard taps into when he write and records his music.

U.S. fans can catch Ballard on the road all summer. Visit www.FrankieBallard.com for tickets to upcoming shows and more information about new music, and follow @FrankieBallard on Twitter.