My first real introduction to LANCO musically like for many people was through their 2017 number one smash ‘Greatest Love Story’ which was to be the second single from their debut album (which also went to number one) ‘Hallelujah Nights’. Shortly after the album came out in early 2018 Brandon Lancaster, Tripp Howell, Chandler Baldwin, Eric Steedly & Jared Hampton made their first journey across the pond where they headed to London for our annual Country 2 Country Festival and from that point forward these 5 guys that realised the UK was a market they were adamant was a really good fit for them and somewhere they were keen to build a loyal fanbase.

Fast-forward to May this year the band returned for their first UK headline tour playing shows in Bristol, Glasgow, Manchester, Birmingham and opening the tour in London with a stellar show at O2 Islington. The tour coincided with the release of their fourth single ‘Rival’ which was the first music post ‘Hallelujah Nights’ and the first taste what we might expect from album 2. After the show in London, we got to spend some time chatting to the guys (which you can read HERE) and one of the things Brandon said about ‘Rival’ and the idea of where it came from was:

However on their third trip to the UK which was for a single performance at The Long Road Festival over the weekend this was not the case here as everyone in Lutterworth really wanted to root for these guys as they delivered the stand out performance of the festival that people could not stop talking about as not just a festival highlight but one of the best live sets they had seen! When you watch them live you do get a bunch of guys that will always give you everything on stage but even compared to how good I thought they were when I had seen them previously they really took it to the next level and reiterated when they talked about how they love playing festivals and feel they really thrive in that environment. 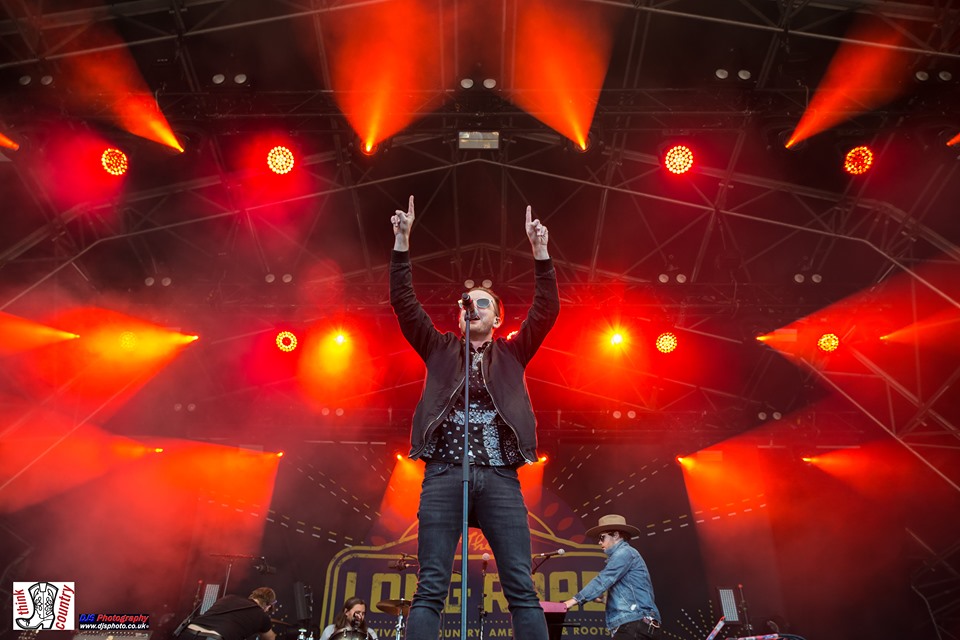 The fact that people want to root for these guys increases even further when you get to talk to them. Just great, normal guys who are as down to earth as I have come across through Think Country that you just want to have a beer with and just end up having a pub chat (this is not far off a good description of our interview over the weekend in all honesty) about bears, snakes, a certain buffet restaurant that they were very disappointed I didn’t visit on my last trip to the States and places that are not quite as nice as others in both our countries. 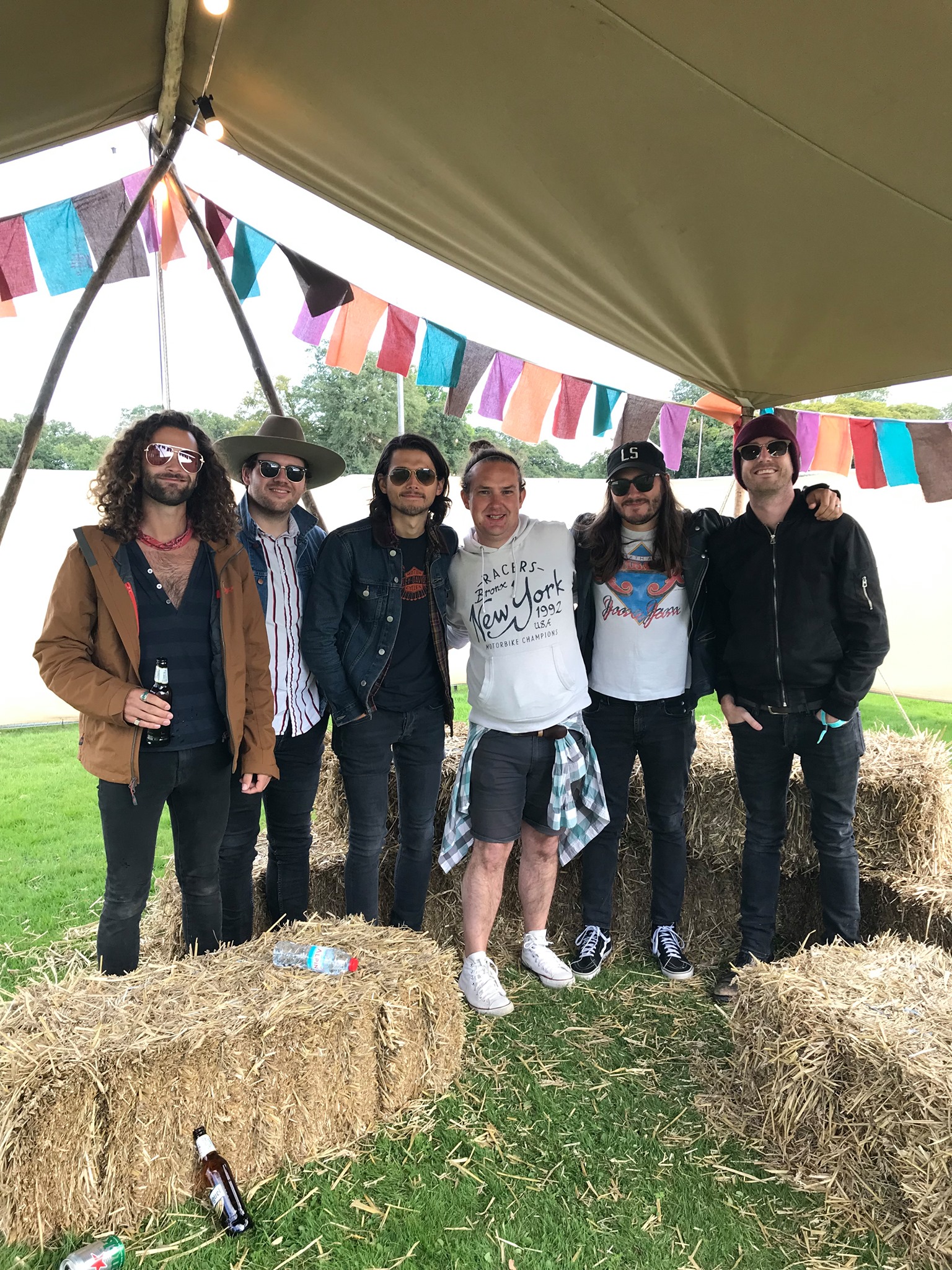 Their hour long set all the way from ‘Hallelujah Nights’ through their other radio singles ‘Long Live Tonight’ ‘Rival’ and ‘Born to Love You’ had an intense amount of energy that even people that not come across the band before reciprocated right back at them. The set also featured a mashup of a pair of Alabama’s most iconic hits ‘Song of the South’ and ‘Dixieland Delight’ which played it’s part in converting people who may not be as keen on the more modern, loud rockier vibes that the guys bring. A great festival set is often noted by the volume of the crowd when there is that one big singalong moment which was always going to be for ‘Greatest Love Story’ in this case and even people that were sat down with no idea who these 5 guys were before they walked on stage were so captivated and in awe that they were picking up the chorus and singing along at the top of their lungs. That is the effect of how good these guys are and if people can bring that much energy for them exactly why they give so much back on stage. 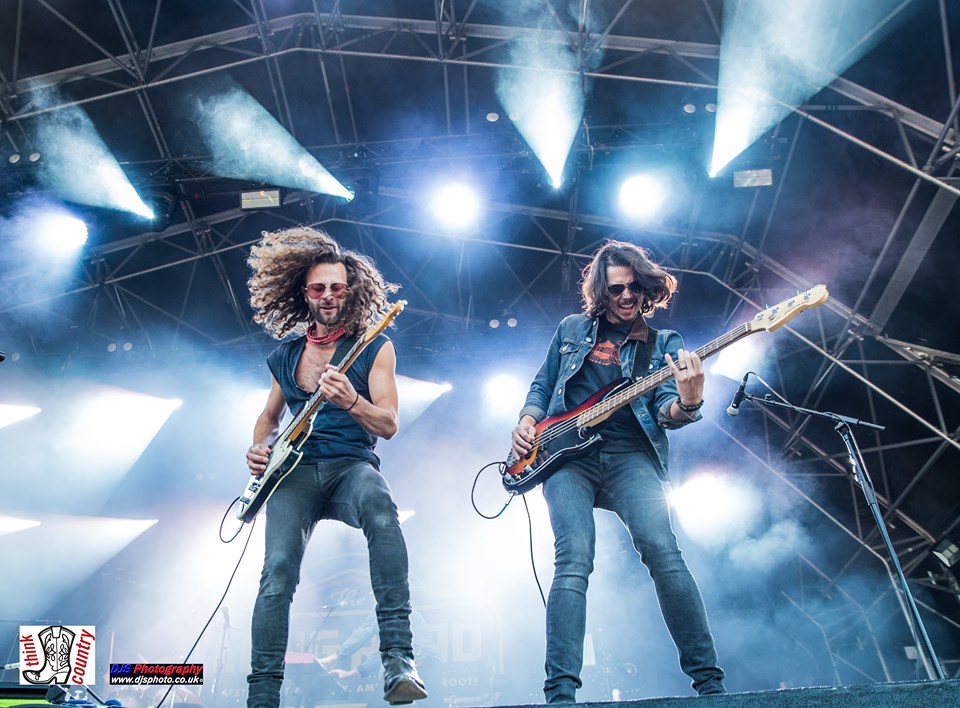 During the festival me and the guys got to hang out for the second time (which was really cool for me as they are the first artists so far who have been coaxed into coming back for more with me) where considering we had spoken 4 months ago the focus beyond discussing my experience in Pigeon Forge was to get up to date with where the guys were with the sophomore record as ‘Rival’ was the only original song not of their debut album that we heard during the last tour:

We already went in and we’ve tracked all the songs so now it’s all about just crossing the t’s, dotting the i’s and being picky literally about a tone or whatever it may be so when it’s at that process your very close. We’ve gotten the green light from our label, they are pretty much like: when you’re done, let’s go!

So as a result of them not quite being there, we didn’t get anything hot of the press or almost an exclusive because they want to get everything right and be fully happy with it themselves!

Man, if this festival was like two weeks from now! We’re literally in the studio! We flew here yesterday. I left the studio doing vocals and went to the airport and we’re here. We’re flying back tomorrow and going straight from the airport to the studio, doing guitars. We were so close but it’s just not quite ready, I think in two weeks we could have played a bunch of new songs for you! We were just almost done and we’re like kind of weird about that like debuting because once you put it out there in today’s world, it’s like people are going to have on their cell phone and it’s the small guitar part, it’s a vocal delivery line or whatever it is, that we’re it’s just not ready to debut yet. But I wish this festival was a few weeks away because we are that close!

However this didn’t detract anything from the set as for many people in the festival crowd, they may have been discovering the songs from ‘Hallelujah Nights’ for the first time and the knowledge of new music is so close just keeps us hungry for more and anticipating hearing new songs when they return which is definitely something high on their priorities. The guys ensured me it would be next year, as soon as they have got new music out and hopefully they want to be trying to make that trip over twice a year for us and given the reaction from the crowd at The Long Road Festival, those venues or billings on lineups are going to get bigger and bigger each time because they seriously were then name on everyone’s lips at this festival! 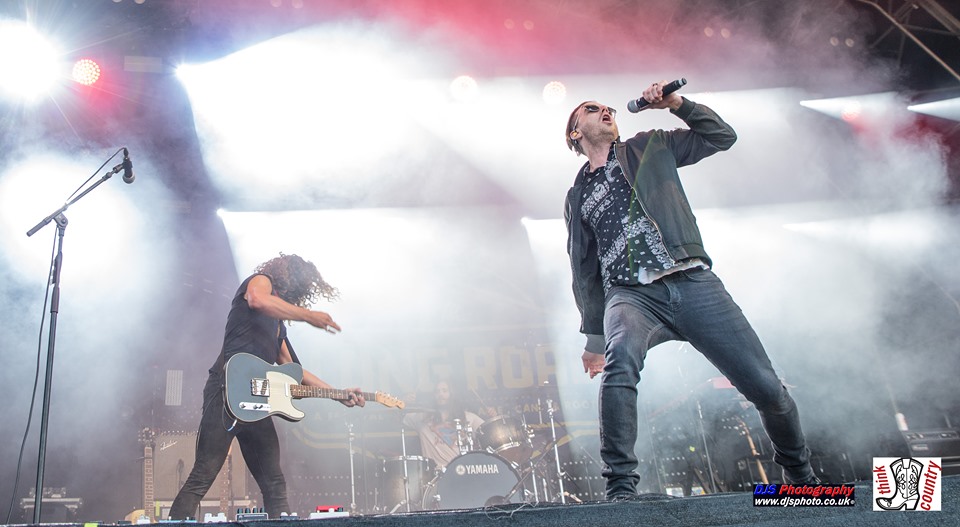 TC in Conversation with Sam Outlaw at The Long Road Festival