Some people love country music, others go a step further and have it coursing through their veins. Arkansas native Erin Enderlin definitely falls into the latter category, with her encyclopedic knowledge of classic country music matched only by her passion for it.  It’s no surprise then that her musical output to date, be it her own discography or cuts by the likes of Alan Jackson, Lee Ann Womack, Luke Bryan, Rhonda Vincent and Reba McEntire is steeped in the storytelling that most people cite when asked what attracts them to the genre.

And her new album, “ Faulkner County “, released on 1st November is no exception. As with her previous two albums Erin offers up tales of heartbreak and vulnerability and introduces us to some wonderful characters along the way, the attention to detail in her lyrics paint vivid pictures and draw the listener in. The emphasis throughout is definitely on tearjerking ballads, something she is the queen of as far as I am concerned. The instrumentation is not surprisingly heavy on pedal steel and fiddle, and vocally Erin is up there among the best in my opinion, living and and breathing every lyric. Of the fourteen tracks, twelve are taken from the series of EP’s Erin has released in recent months, and the majority have been co-produced by Jim “ Moose  “Brown and Jamey Johnson who Erin also worked with on her previous critically acclaimed 2017 concept album  “ Whiskeytown Crier” . 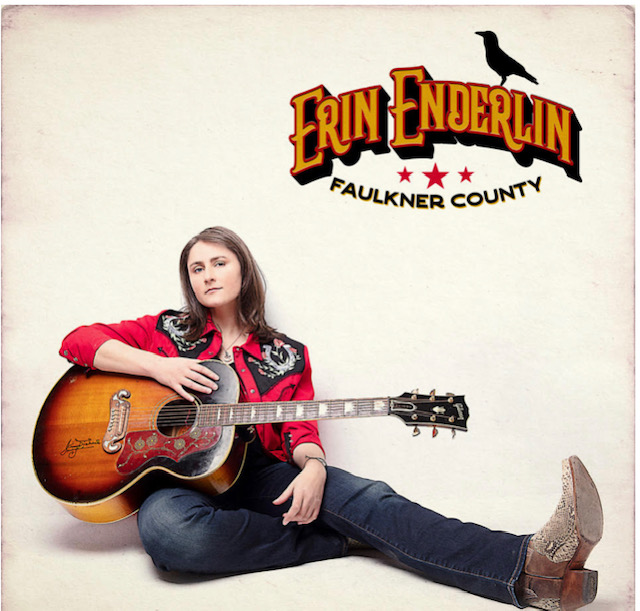 A respected artist and sought after co-writer in her (now) hometown of Nashville, you will no doubt notice some familiar names on the album credits including Vince Gill, Terri Clark, Alison Krauss, Cody Jinks and Jon Randall who all added background vocals, and Shane McAnally, Jessie Jo Dillon, Leslie Satcher and Scott Stepakoff among the myriad of high profile co-writers ….incidentally there are four outside cuts and one Enderlin solo write in the mix.

For the first time when it comes to Erin’s music this release is available on vinyl, very appropriate as that is the format she’d listen to her musical heroes and influences on back home in the small town of Conway, Faulkner County, which of course provides the album’s title.

And right from the start, the aching fiddle introduction and opening lines to “ I Can Be Your Whiskey”, a pleading ballad of longing, sets the tone for what is in store for the next 45 minutes or so. Immediately you are right there in the bar where the story unfolds, the detailed description of the heartbroken regular customer “ hat pulled down, eyes on the floor”  typical of Erin’s observational writing style. Written in the first person, as Erin so often choses to do, it is relayed from the point of view of one of the bar’s female employees who sees him every night and who is sure she can take the place of the “ Makers on ice”  he is using to drown his sorrows. And it seems from the accompanying video that happily he eventually feels the same!

Track two is another moving ballad that plays out like a vignette …..a female seeking solace from a loveless relationship drives to cheap motel where she ends up drinking before calling someone to spend the night with. Something it seems she’s not doing for the first time, either. Yes, it’s ok to do “ Whatever Gets You Through The Night”, but don’t count on your partner being at home the next morning!  I love the addition of Dillon Carmichael’s rich, deep harmonies on this one. There’s a similar message conveyed a couple of tracks later in  “ Tonight I Don’t Give A Damn” ……who cares what the consequences of heavy drinking and picking up a stranger  ( “ some old highway cowboy “ ) in a bar may be, it’s the temporary fix of a loveless relationship and broken heart that counts. The lyrics on this one are absolutely stunning in my opinion and never fail to get to me, Erin’s vocals are gut wrenching and I lose my breath when the steel kicks in! I’m not surprised that Jessie Jo Dillon had a hand in its writing….everything she touches is incredible! 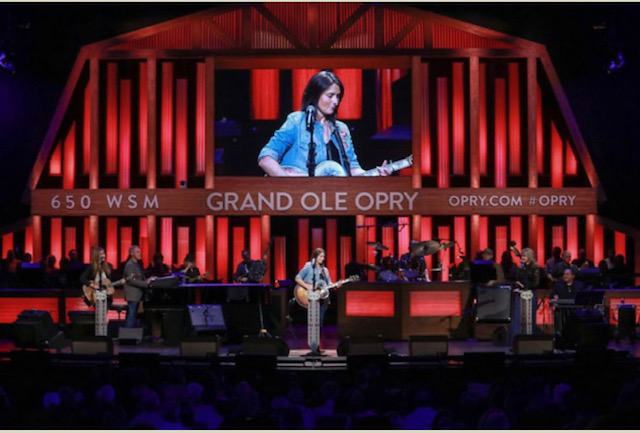 The situation gets flipped on the next track, “ Use Me Again”…..this time the singer is the one providing the solace, not looking for it……the fiddle-laden accompaniment courtesy of Jenee Flexor is perfect!

Alcohol, motel rooms and heartbreak rear their heads again ( well, this IS country music!) further down the track listing on “ Til It’s Gone”  , as well as having my favourite instrumental introduction of any of the tracks it’s the play on words in this one that really attracts me, the recurring title being cleverly used in a variety of contexts throughout.

But one track that tells an incredibly moving story involves no alcohol or motel misdemeanours,  and that is  “ Hometown Jersey “,   inspired by the true story of a friend of Erin’s, a talented sportsman who made his small hometown proud by being picked to play the college league and make it out of the town to fulfil his dreams ….. “ but before they let him leave and put him on that Greyhound they put him in a hometown jersey “ . Tragically, a few months later, he was killed in a car accident and was brought back to his community …” when they laid him out, he wasn’t dressed in black, they put him in a hometown jersey”.

Yes, so far the themes of the songs I’ve mentioned are pretty heavy to say the least ( and I haven’t even started on her solo write “ Broken” which also appeared on her last album but when a song is THAT good, what does it matter?)  but there is a bit of light relief in the form of outside cut “ A Man With Eighteen Wheels”, reminiscent in subject matter to Gretchen Wilson’s “ Trucker Man”  so I’m sure you don’t need me to explain the gist of this one, and “ These Boots” , an autobiographical track which among other things touches on some of Erin’s career highlights to date, such as her Opry debut and opening for Willie Nelson, which Erin released as a single last year

It’s always tough when reviewing an album to know when to stop singling out tracks, and as much as I hate to leave out songs like “ The Queen of Martina Del Ray” and “ Sweet Emmylou” here I think you have realised by now that to my mind this is an incredible release which is up there with my “ album of the year” contenders. Winner of three categories this year at the “ Arkansas Country Music Awards” , if there’s any justice then her notoriety will continue to grow.

It’s already been a busy release week for Erin, Wednesday saw her playing at The Bluebird alongside her good friend Terry Clark and earlier in the week she played an album premiere event in the Waylon Room in the historic RCA Studio A, attended by many high profile industry insiders. Erin made her Opry debut six years ago  and has since stepped into the circle on many an occasion, so it is fitting that on album release day she gets to perform there at both shows that evening after an album signing at the world famous Ernest Tubbs Record Store in Nashville. No time to recover, though, as the next evening she’s playing in Chicago with Texan artist Kayla Ray, with whom she recently competed a run of UK dates, the first time both had made the trip across the pond but judging by the reception they received it won’t be their last.

Check out erinenderlin.com to keep up to date with all her news and find links to her socials. 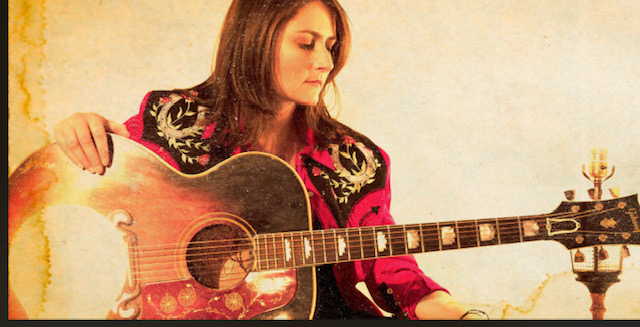