The young, tenacious Floridian Bailey Callahan, who is swiftly ranking among the list of the hottest rising starlets in Nashville and now a permanent fixture amongst the music and songwriting community in Music City has just release her emphatic new original tune, “Sweet Tea” last week. Co-written alongside J.C. Anderson and Justin Dukes, and produced by Shuffle Brother Music is available via all major digital retail and streaming outlets (Amazon/iTunes/Pandora/Rhapsody/Spotify). 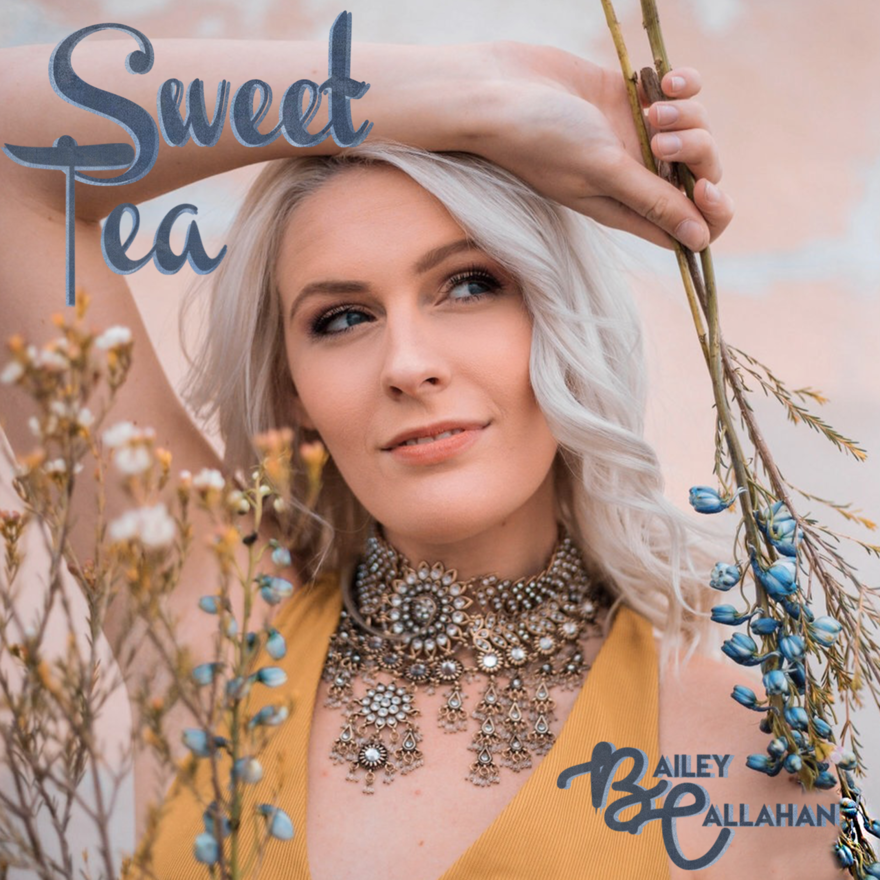 Callahan has a beautifully smooth and soothing voice that at the same time endeavours to pack a punch with powerful vocals. Vocally this creates the same effect and glorious sound you hear from fellow Floridian Naomi Cooke where there are a lot of similarities in terms of range in her voice along with the way she creates an almost sassy feel whilst still being able to captivating a room delivering ballads. The Californian vibes of Runaway June with a slick, fun and likeable sound is something you definitely hear with ‘Sweet Tea’ and sounds a perfect track to be performing live. This sun-kissed coastal sound with really smooth licks and incorporating a way to retain traditional elements by bringing them up to date is becoming really relevant in melody but she beautifully blends the lyrical relevance into the melody to give a fantastic insight of the exciting future that we can expect from her. This is not your typical Nashville songwriter persona or image it’s a “saucy tune serves up a fiery, cut-to-the-chase attitude that bites like a shot of whiskey yet is as delightfully refreshing as an icy glass of sweet tea that drink’s up easy”
“The overall sentiment of this track is the beginning of new era for me as a songwriter and recording artist; it’s a little sassier, more mature and offers a sneak peek of the new music to come,” said the 19 year-old. “‘Sweet Tea’ represents a female empowerment—a freedom and fearlessness to be yourself. You can be a Friday night rebel or a Sunday morning sweetheart. The instrumentation has a bit of a Jay Joyce (Eric Church/Tenille Townes) vibe.”

Bailey Callahan is a gal who lights up a room; her aura illuminates before she even enters. The singer/songwriter and recording artist lives in the moment but most definitely has a plan for the future. In less than a 10-month period, at just 17, Bailey made the move from the Sunshine State to Music City immediately following her graduation from high school; was invited to participate in, and attended, the annual ASCAP Expo in Hollywood; was selected to become the host of the SCENES Media podcast, and made the grade to become a 2018 NASH Next finalist.

Now nineteen, Bailey navigates her business within the music industry with moxie and grace. The sought-after songwriter has celebrated a “hold” by Kelsea Ballerini; her self-titled EP charted at No. 43 on iTunes (2017). She is endorsed by Taylor Guitars and books her own shows—playing more than 300 dates over the course of three short years.  Bailey has shared the stage with some of country music’s hottest names including Luke Combs, Hunter Hayes, LOCASH, Scotty McCreery, Jesse James Decker and a multitude of others. Her 2019 summer tour encompassed performances at Country Stampede (Kansas) and “Thunder On The Ridge.” Bailey has made special guest appearances on “TODAY in Nashville” (WSMV-TV/Nashville) and “Nashville Today” (WSM-AM/Nashville). Recognized as the 2019 Southwest® “Artist On The Rise,” Bailey was awarded a showcase performance at “Live In The Vineyard” in Napa Valley, CA where she joined Kelsea Ballerini, Adam Lambert, Nathasha Bedingfield, Delta Rae, Walk Off The Earth, King Calaway, for KING & COUNTRY, Kevin Griffin (Better Than Ezra), Ryan Griffin, A Thousand Horses, Brett Kissel, OBB, Wyn Starks, Stephanie Quayle and many others.

Bailey is currently writing and recording a series of tracks slated to be released as part of a singles release campaign beginning in early 2020.

Ahead of Valentines Day release of her self-titled sophomore reco...