Jaime Wyatt will release Neon Cross in the UK on August 21st, 2020.  The 11-song set was produced by the two-time Grammy Award winning producer Shooter Jennings (Brandi Carlile, Tanya Tucker) and is her New West Records debut. The album features Jennings on the song “Hurt So Bad” and Neal Casal on guitar, harmonica, and wurlitzer in one of his final recordings before his death in August of 2019. Neon Cross is the anticipated follow up to Wyatt’s 2017 Felony Blues EP, which was named one of the best albums of the year by Rolling Stone Country, Vice/Noisey, Wide Open Country and more. 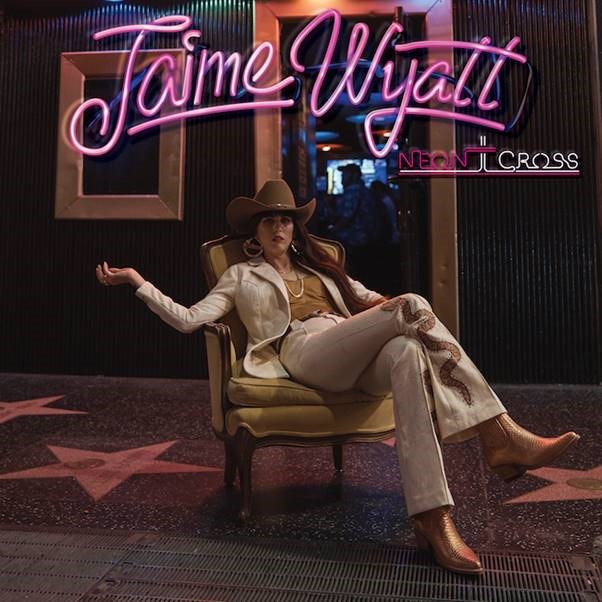 Hear album highlight, the “hauntingly beautiful” “By Your Side” HERE

Declaring Wyatt “The New Queer Queen of Outlaw Country,” The Advocate said, “From thumping honky-tonk ditties to haunting heartbreakers, the stunning album is peppered with as many ups and downs as Wyatt’s storied life.”

About the track Wyatt said, “I wrote ‘Just a Woman’ to advocate for the vast majority of women who have not been heard, empowered, or encouraged to be anything more than meek, selfless, and beautiful.”

Wyatt and Jennings boldly colour outside the country lines on Neon Cross, taking a wide-lens sonic and stylistic approach to the songs. Though that sonic backdrop is all in service to Wyatt’s incisive lyrics and expressive vocals, which can be achingly sensitive and sincere one minute, and unflinchingly cocksure and dispassionate the next. On Jennings as a producer, Wyatt said:

What really sold me on Shooter is that he understands grooves — he gets how to instruct a band to build a groove that is so powerful underneath a song. And it’s crazy because that’s what Waylon [Jennings, Shooter’s father] did. He always had these rad country songs with these super-weird, funky rock ‘n’ roll grooves under them. He would take things to interesting and unexpected places. Shooter has that same instinct.

Jaime Wyatt’s life story is speckled with difficult — and unusual — twists and turns. She’s an immensely talented singer-songwriter who signed her first record label deal as a teenager, and achieved early success before losing that deal and being put through the music-industry wringer. Before she was even 21, she battled a nasty drug addiction and served close to a year in L.A. county jail for robbing her heroin dealer, and chronicled those experiences on her much-lauded 2017 EP, Felony Blues. Prior to the release of the EP, Wyatt relapsed and found herself again dependent on drugs and alcohol. Eleven days before its release date, Wyatt’s father passed away and just a few months after, a close friend overdosed. “After my dad died and my best friend overdosed, I wasn’t able to show up for either of them because I was loaded.”

Experiencing mountains of pain and regret, Wyatt vowed to make another bid at getting clean. And yet, as might be expected from someone with such a turbulent backstory, even the challenges faced by Wyatt as a woman working in country music come with an extra wrinkle: while in recovery, she confronted some hard truths about her life and past romantic relationships, which resulted in Wyatt coming out as a gay woman to family and friends.

“My experience with recovery made me realize I lost years of my life being in the closet and living a lie and trying to be someone else. I just can’t do it anymore. And yeah, I’m scared there are people that like country music that aren’t gonna like that I’m gay.”

“I tried not to have any filter with these songs,” Wyatt says about her open-book approach to writing. “Because I’ll be honest — it feels like I’m gonna die if I don’t tell people how I feel and who I am. It sounds so dramatic, but that’s the truth. It’s been just this gnarly, gnarly process, but one that is so human. So, there’s been a lot of turmoil and drama. But this record is a lot about rebirth, too.”

If there’s one lesson to be gleaned from Neon Cross, it’s that life, in all its inherent messiness, goes on. And through it all — good times and bad, triumph and trouble, dreaming and desperation — Wyatt continues, to borrow the title of one of her new songs, just L I V I N. 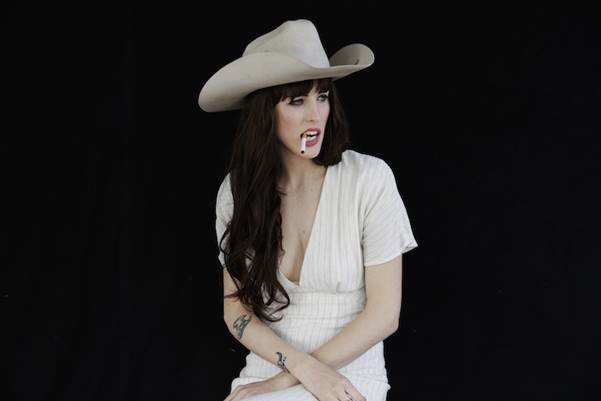 Haunting new single “Ghost Of You” out now from Hawai...