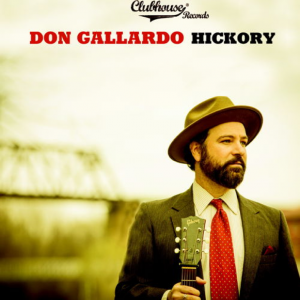 After Don Gallardo’s superb gig at The Hut in Corby, I managed to chat with the Californian turned Nashville resident about Americana, musical influences and his recent UK tour…

CG: Americana/Americana folk is a new genre for me.  Can you describe the difference between this and regular Country music for those English fans who, like me, are just discovering the wider genre.

DG: To me, Americana has been out there for the past 16+ years, it just has grown so much in the last 5 years. Americana is a blend of genres. Music that came from the roots of many different genres such as Country, Blues, Folk-Singers, 70’s Singer-songwriters, Rock ‘n’ Roll, Bluegrass and even Jazz. It’s a melting pot of songwriters and bands that sing and write their own songs. Songs with intellectual lyrics that can be completely complex and also simplistic lyrically. Songs that were written for the audience in hope that someone out there feels the same. Songs that have a main goal of touching someone’s feelings, not making a million dollars.

Country music has changed a lot over the years and in recent years seems to have forgotten how it was built. It was built by singer-songwriters. Johnny Cash, Waylon Jennings, Merle Haggard, Kris Kristofferson, Guy Clark, Roger Miller, Little Jimmy Dickens, George Jones, Hank Williams (senior)…….The list goes on and on and there were many before those I just listed. Recently the songs have a very ‘pop’py flavour to them and lyrics seem recycled and less thought out. This is all just my personal opinion. I used to listen to tons of country but it seems it went from writing songs to touch someone’s heart to writing songs to make a boatload of money. So if I listen to country music then I listen to stuff that hasn’t been around for years. There is hope though, as Jason Isbell, Chris Stapleton, Sturgill Simpson and Margo Price are now pushing the boundaries and letting us know there are still songwriters out there that are influenced by the old songwriters of yesteryear. Hope this makes sense.

CG: I can hear artists like Neil Young, Gram Parsons & Tom Petty in your music.  Who were your musical influences and how did they inspire you?

DG: My parents had an amazing vinyl collection and I grew up listening to The Beatles, Elvis Presley, Elton John, Queen, Willie Nelson, Al Green, Stevie Wonder, The Beach Boys and Creedence Clearwater Revival. These are all huge influences. So over the years I just was drawn to artists like Gram, Petty, and Neil. They are all definite influences and I am really inspired by all of them. There seems to be a piece of all of them in my songs.

CG: Did you enjoy your UK Tour? How did you find UK audiences compare to American audiences?

DG: Yes, this past tour was the best yet in the UK. I’ve toured over in the UK seven times and it just keeps getting better. Signing to Clubhouse Records and working with my manager Martin, in the UK, has helped pave the way to bigger audiences and venues. We absolutely love UK audiences because they are less distracted by things. UK audiences listen to you and shush people talking too loud. It makes us feel like we have something bigger to offer than just stepping on stage and running through the motions. If you are just running through the motions than you’re not being true to your craft. We absolutely love every bit of the tours and the people. We’ve made so many friends over here and love seeing people at multiple shows.

CG: Tell me about your new album ‘Hickory’ on Clubhouse Records. What is the inspiration for the new album?

Hickory came out in the UK in June 2015 on Clubhouse Records and had gotten a bunch of great reviews from Americana UK, MOJO Magazine and The Telegraph plus radio play from some great BBC DJ’s such as Whispering Bob Harris, Ralph McLean, Mike Ritchie and more….The album was inspired by the producer, David Pinkston, who reached to me and told me he wanted to do my next album. He is a person that has had my back since the day we met. The songs were written prior to recording and then, during the recording process, a few came out. It is an album that strongly shows where I am right now as an artist and where I will be going. It nods to the past but shows that the future ahead is a positive one. The songs may have negative or sad storylines but if you really listen, each song has a positive outcome to its sadness or negativity. Showing that if something is wrong there is always a different way to look at things. Look for the positive in any heartache or misfortune. “Hickory” comes out in the US on July 22, 2016 on Southern Carousel Records (a whole year after it was released in the UK). We are working closely with Southern Crossroads Music, David Pinkston, and Black Cat Music Promotions, NoVo Management with the US release.

CG: What was your Plan B if music wasn’t an option?

DG: I have a Bachelor of Science in Natural Resource Management. So anything that has to do with the preservation of the land and animals.

CG: Tell me one song that you’d wished you had written?

DG: The Beatles – ‘Something’.

CG: And the all-important battle of California v Tennessee – In-N-Out or BBQ?

Find out more about Don, his band and his music at the following sites: