Dolly Parton has consistently used her platform to spread hope and joy to countless fans throughout her legendary career. At a time when our world seems to be in disarray and so many are struggling, Parton is once again using her familiar and comforting voice to lift us all to a better place with the release of her new song “When Life Is Good Again,” (listen HERE) which premiered earlier this week on EW.com on May 27th and it’s official music video that premiered exclusively on TIME.com on May 28th following Parton’s illuminating interview with “TIME100 Talks: Finding Hope” series.

The music video for “When Life Is Good Again” is a heartwarming visual that reminds everyone of all the happy memories and inspires us to look forward past this temporary moment of distance and isolation. Parton also uses the video as a nod to all of the selfless front line workers who are fighting each day to keep us safe. Several of those courageous health workers are featured in the video as a symbol of community and how in times of crisis we come together to support one another.

“Since our world was forever changed by the COVID virus, I have felt a deep respect and appreciation for all of our frontline responders,” says Parton. “This video is to pay respect to them and to remind all of us that this too shall pass. If we pull together as a community, we can rise above and look forward to more beautiful days on the horizon. I hope you love this song as much as I have loved bringing it to you.” 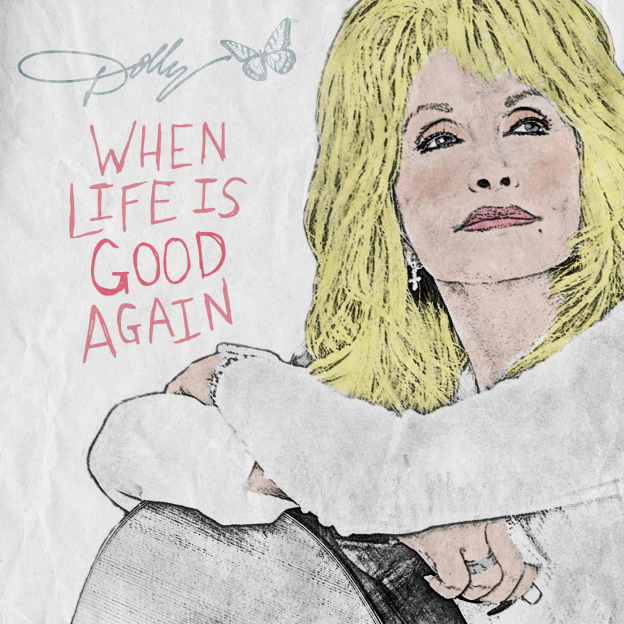 Parton appeared in conversation with TIME Editor-In-Chief, Edward Felsenthal, on “TIME100 Talks: Finding Hope” on May 28th, where she discussed public service and why initiatives like her influential children’s literacy program, The Dolly Parton Imagination Library, and her current web series, “Goodnight With Dolly,” are so important and close to her heart. At the conclusion of the interview stream, Parton and Felsenthal exclusively premiered the official music video for “When Life Is Good Again,” which is currently featured on TIME.com‘s homepage.

The “TIME100 Talks: Finding Hope” series brings together the world’s leading voices to spotlight solutions and encourage action toward a better world. This series will have a special focus on the COVID-19 pandemic. Other luminaries who have been featured in the series include Angelina Jolie, John Legend, among many others.

In addition to speaking on the Imagination Library and their work, Parton also discusses her wildly successful YouTube series, “Goodnight with Dolly,” in which she reads select Imagination Library books, all carefully chosen for this moment in time. The 10-week series kicked-off on April 2nd with a reading of “The Little Engine That Could” and will come to the end of its run on June 4th. WATCH:   Goodnight With Dolly