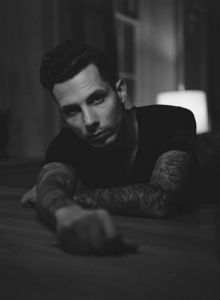 As anticipation builds for the January 19 release of Devin Dawson’s debut album Dark Horse, the Atlantic Records / Warner Music Nashville recording artist released an acoustic rendition of his standout track, “Secondhand Hurt.” Baeble Music exclusively premiered the video, noting “the stripped down version brings us back to the roots of the song and lets us feel the emotional impact of the lyrics, yet it doesn’t lose its foot-tapping qualities either.” Watch the full video here:

Meanwhile, his current single “All On Me” continues to climb the charts and reach fans, recently hitting Top 20 at country radio and tallying over 30 million on-demand streams. The music video reached the one-million-views milestone the same week Dawson’s “My Opry Debut” episode was released. Check out the video and find out why he almost missed one of the most important performances of his life.

Both “Secondhand Hurt” and “All On Me” deliver as two of four instant downloads when fans pre-order Dark Horse. In addition, Dawson has curated special pre-order packages including Song on Me where he showcases his songwriting prowess by writing a personalized song for a select group of lucky fans.

Recently named as the only male recording artist on People Magazine’s Ones To Watch list, Dawson co-wrote each of the twelve tracks on Dark Horse including the deeply personal title track. American Songwriter praised how the song “shows off the classic country vocals and acoustic guitar prowess he has come to be known and loved for.” The album’s subject matter ranges from heartbreak to adventure and has received early praised from publications including ELLE, Entertainment Weekly, Rolling Stone, American Songwriter, HITS Magazine and more. The iHeartRadio “On The Verge” artist is on the road through the end of the year for label-mate Michael Ray’s “Get To You” tour.

About Devin Dawson
An atypical country artist, Devin Dawson’s approach to music is not different on purpose, it’s different with purpose. He grew up just outside the gates of Folsom Prison, drawing inspiration from Johnny Cash, Alan Jackson, Marvin Gaye and Creedence Clearwater Revival. Pulling from these influences, he began to write in a style that is definitively country. Dawson’s lyrics full of romance and vulnerability, delivered with a distinctive saw-toothed vocal, draw you in from the first verse and keep you hooked until the very last chord. Since the release of his debut single “All On Me” earlier this year, the California-native has already made his TV debut on Late Night with Seth Meyers, landed multiple Grand Ole Opry performances, and received critical praise from a multitude of outlets including. His unique mix of organic roots and high-voltage country is showcased masterfully on his forthcoming debut Dark Horse, produced by the daring Jay Joyce (Eric Church, Little Big Town, Brothers Osborne). With a co-write credit on every track, the result will further establish Dawson’s building reputation as a dark horse set to emerge as one of the most exciting modern storytellers the format has ever seen.