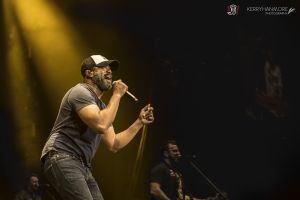 There was such a buzz around Darius Rucker playing on the Saturday night at C2C and he didn’t disappoint with his high energy, and eclectic set.

Making an entrance to deafening cheers, ‘Lighter Up’ booms off the walls of the arena, and rolls quickly into ‘Radio’. Darius moves around the stage, gyrating his hips a la Luke Bryan and making a few hearts beat a little faster.  He played at C2C in 2013 so it’s an absolute pleasure to welcome him back in 2017. 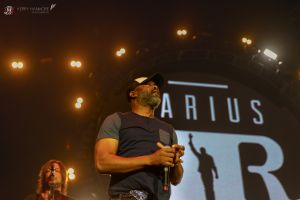 Rucker thanks the audience for coming out and supporting country music in the UK and adds, ‘this is awesome’ as he genuinely seems very grateful for the reaction that he is receiving this time round. He also thanks Radio 2 for playing his new single ‘If I Told You’, a beautiful song which questions the ability to love a person while ignoring a lot of their baggage from the past… if they can. It also happens to be the first single off his fifth studio album. 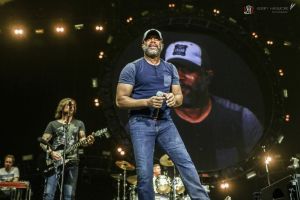 The beautiful song for all the parents in the arena ‘It Won’t Be Like This For Long’ is a tender, teary moment which deserves a shot of something strong after to celebrate ‘whoever’s idea C2C was’!  Just when you think it can’t get any better, Darius proclaims that it doesn’t matter what genre a song is but a great song is a great song, and breaks into a rousing cover of Garth Brook’s ‘Friends in Low Places’.  Definitely one of the best moments of this year’s festival as a frenzied singalong follows with grown men beside themselves, enraptured in a Garth/Darius love-in! Another cover, No Diggity is up next and the security man sitting near me, almost fell off his chair in shock at hearing this at a country concert.  Hey, a great song is a great song after all! 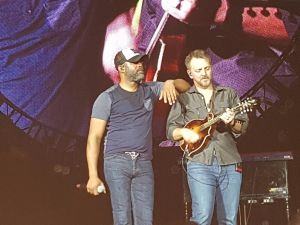 The songs just keep on coming hard and fast throughout this 70 minute set. Darius dances, entertains, wiggles, gyrates and seems to be having the time of his life.  Everyone knows that Wagon Wheel is coming but nobody could be prepared for the roof lifting, rousing singalong that ensues when it does.  Probably, the best singalong of the entire weekend.  Darius also pays tribute to some of his favourite artists who are no longer with us and quotes George Michael, Prince and David Bowie as 3 of his biggest influences, urging the 20,000 strong crowd to get their mobile phones out and light up the arena. The result is a breathtakingly ethereal, fairy-tale scene and Darius performs ‘Purple Rain’ as fitting finale to a tremendous gig. 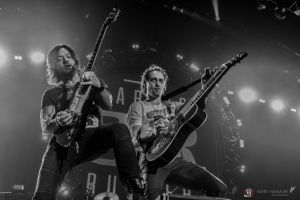 I was left feeling speechless when he came off – the kind of reaction you hope the headliner will get after their slot.  I’m looking forward to seeing Darius Rucker on a solo tour soon, as after this stand out performance, he’s proved himself to be one hell of a feelgood entertainer. 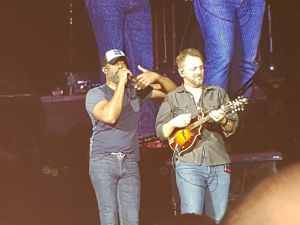 Lighter Up, Radio, Southern State of Mind, If I Told You, True Believers , First Time, It Won’t Be Like This For Long, Friends in Low Places, No Diggity, This, Alright, Hold My Hand, Homegrown Honey, Only Wanna Be With You, Come back song , Wagon Wheel and Purple Rain.