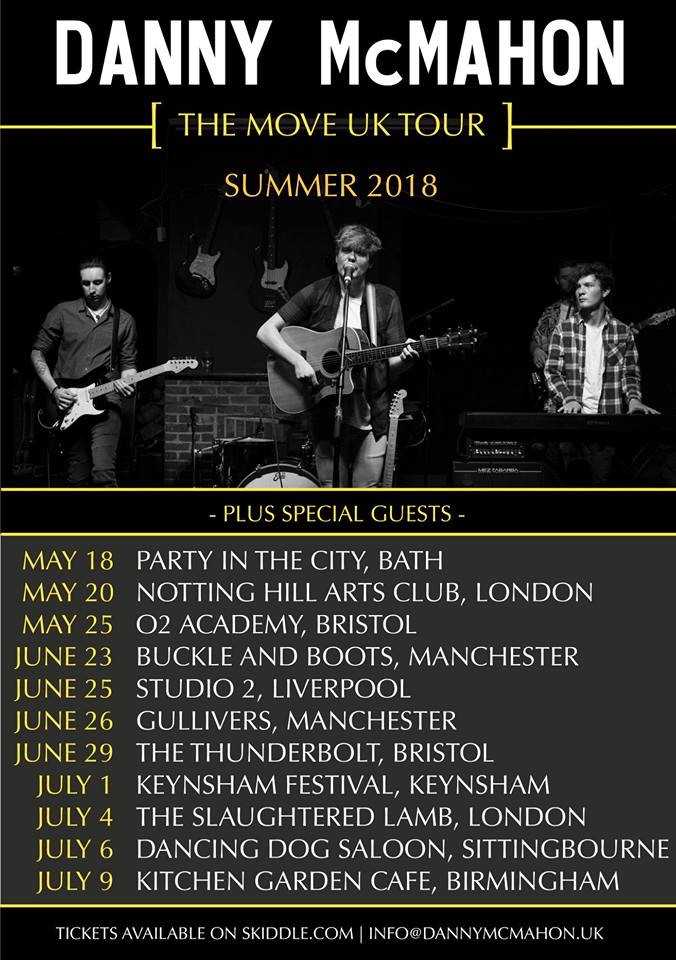 Hidden in the back streets of kings heath Birmingham lies the kitchen garden cafe, a small intimate venue which seats around 50 people.

After all the noise coming out of Buckle and Boots about Danny McMahon he’s finally made it to Birmingham on the last night of his Move tour.

After listening to his new EP Momentarily I was eagerly waiting to hear him live.

From a chap that started his career writing pop music he’s very new to the country scene having been to his first c2c in 2017.

We kicked of the night with a song called The Other Side. A fantastic song to get everyone moving straight away. Brilliantly catchy and the song shows the times Danny has spent in the USA as it has that modern country vibe about it.

With 3 guitars and keyboards the sound him and his band made was brilliant. Some lovely riffs and when needed the keyboards softened the tone slightly.

With a few cover songs thrown in including Luke Combs-Hurricane and Brothers Osbourne-Stay a little longer. It’s clear to see where Danny gets some of his inspiration. Lots of catchy choruses and very likeable rhythms to make people clap and sing along as if they’ve known the songs for years.

The only slow song of the set was dedicated to and elderly gentleman called Jim. The song stemmed from when Danny used to sing to him in a care home when he was younger. The title of the song is Momentarily from which the new EP takes its name. A beautifully written and hauntingly beautiful song. Definitely one to bring a tear to your eye.

From there they kicked it in to high gear again with the new single Move, fabulously fast paced and catchy. A very feel good vibe and it’s a contender for song of the summer.

Finally he finished the set with Couldn’t write a love song. For some one who self proclaims he can’t write them, the lyrics to this song are well written and again has a very catchy vibe.

I can definitely see why so much noise was made about him at Buckle and Boots festival. Hopefully he’ll be on a pop up stage for C2C next year. It’ll be very well deserved if he is.

Danny and his band play The Broomfield Tavern on Sat 14th July before heading off to Italy for a few gigs and then back to Nashville in September.