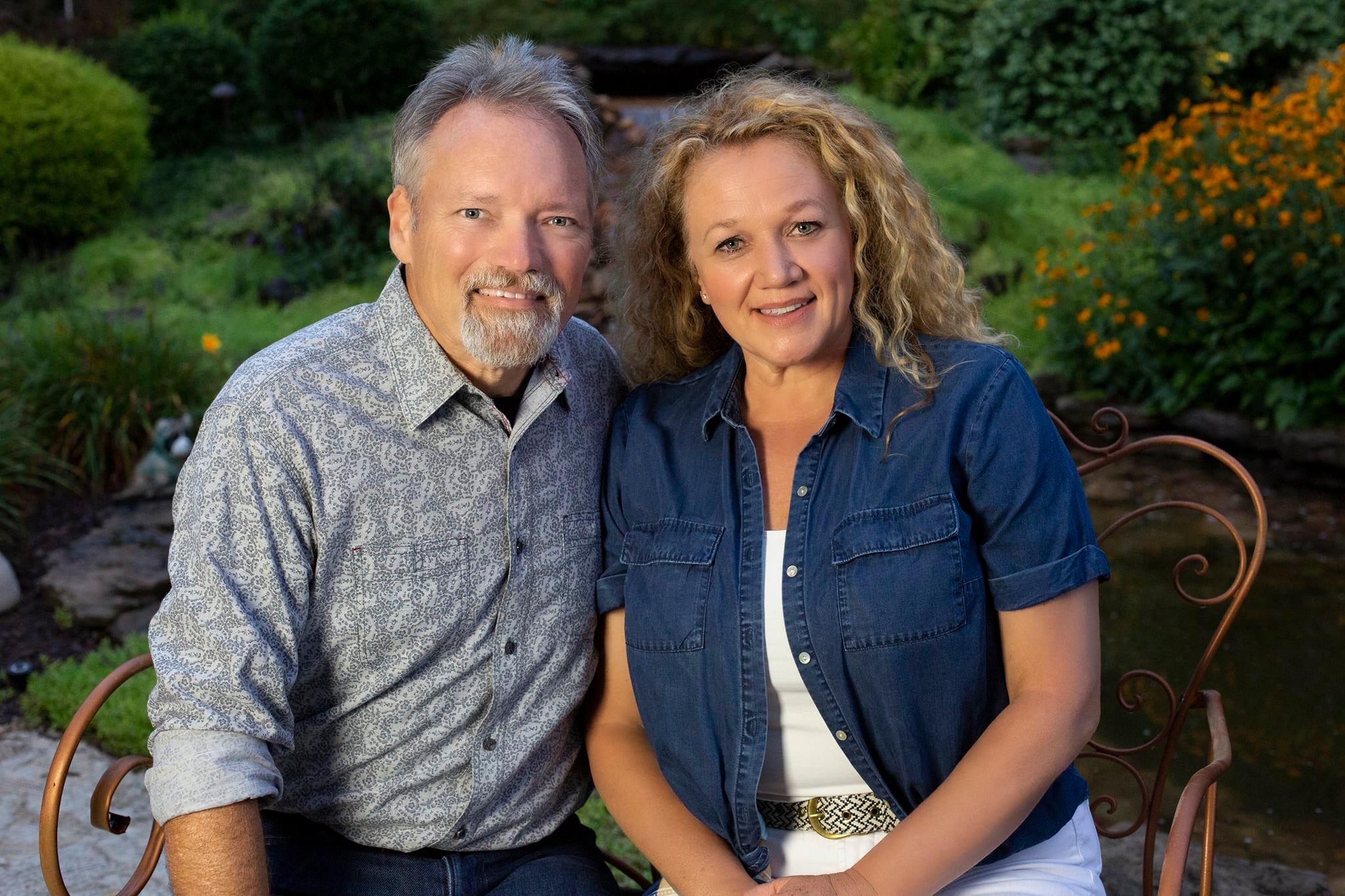 What a terrific way to kick off CRS 2021.  Even though CRS is very different than ever before, it’s a virtual CRS, one thing remained the same,  great interaction between artists and media.  The first of my Zoom interviews was with country artist John Berry.  Berry is a name familiar to most fans of the genre, especially those that gravitate toward 90s country.  After a battle with cancer, which Berry courageously fought and won, he’s back better than ever.  I caught up with him and found out what he’s been up to, both professionally and at home.  He’s been busy.  Here’s how it went:

Patti:  Hello.  How are you doing today John?

John Berry:  How about yourself?

Patti:  Good.  Staying defrosted out there?

John Berry:  Haha!  It is a little chilly.

John Berry:  Where are you at?

John Berry:   Just waiting.  Just in waiting mode.  We’re waiting for the weather to pass, waiting for the virus to pass.  Just a whole lot of waitin’ goin’ on.  I think that’s a song.  (Laughs)

Patti:  That is a song.  You can get on that right after we’re done.

John Berry:  We’ve been busy.  We’ve been really busy with our podcast.  It’s called Faith, Family & Friends.  My wife Robin is doing that with me and we’re having a lot of fun.  We’ve had some wonderful guests.  Matter of fact, we’ve got Darryl Worley coming up today.  It was supposed to come out last night or yesterday and we got postponed because of some weather, so we’ll have it wrapped up today and have it out by eight o’clock.  But Faith, Family & Friends, for your viewers that aren’t familiar with it, it’s a subscription-based podcast.  It’s called Faith, Family & Friends because we believe those are about the three most important things in our lives, our faith, our family and our friends.  So, we talk with our guests about how those three things not only impacted their lives, but also their careers.  We’ve had some wonderful guests, like we’ve got Darryl Worley coming up tonight, and if you follow SEC football very close, which we’re from Georgia, and the University of Georgia‘s a big football town and football school, and we had Coach Vince Dooley and his wife Barbara join us.   He was head coach for, oh, I don’t know how many years.  My wife grew up there and the entire time she was there Coach Dooley was the head football coach.

Patti:  A lot of our followers are huge into that, so that’s big. 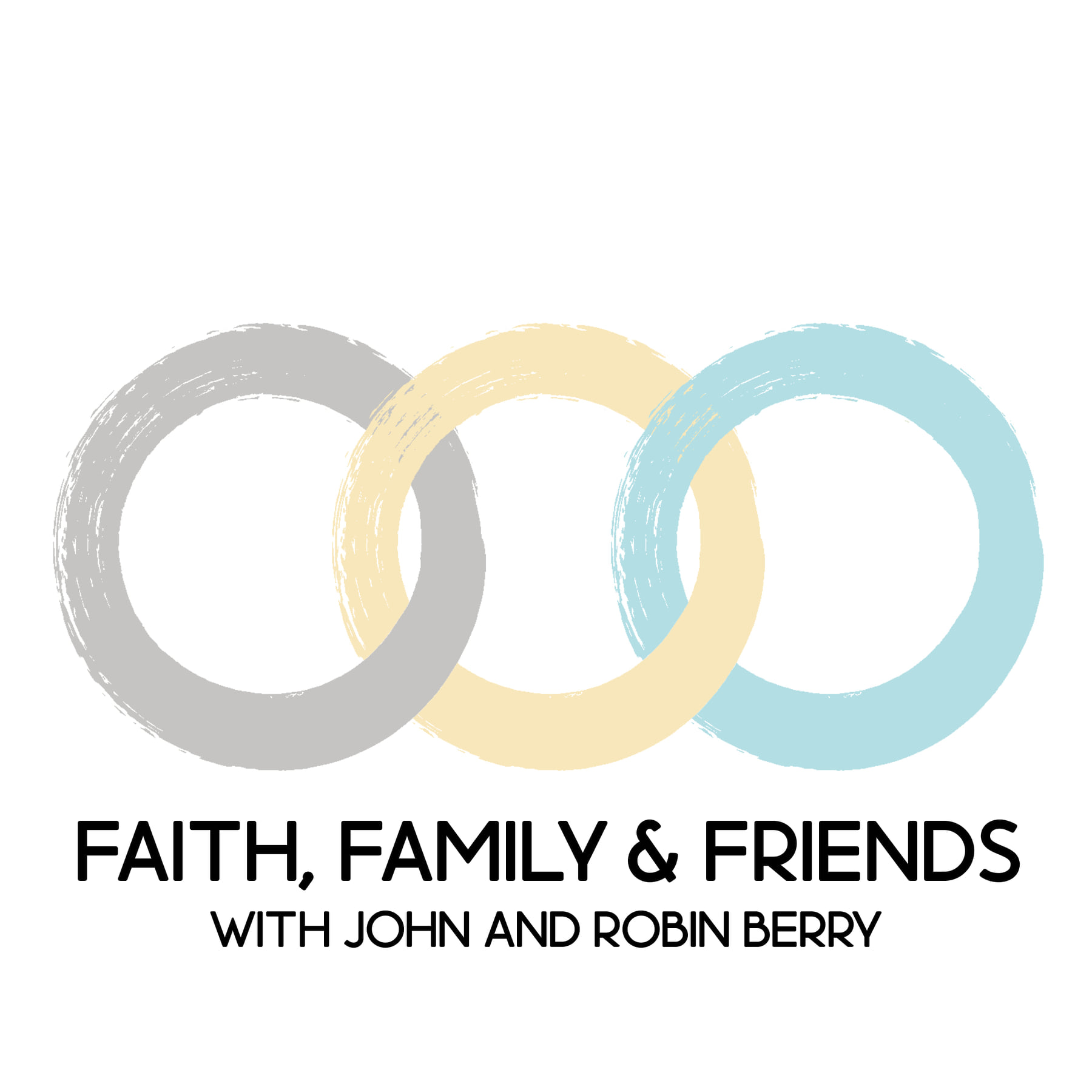 John Berry:  Then we’ve had musical guests, of course.  We had a wonderful opportunity to interview my friend Charlie Daniels on July 1st.  We all know that a few days later, of course we would not know that, but he passed away and that was so very sad.  It’s a special, special interview.  In the first 19 minutes he talks about being in Heaven three times.

Patti:  Do you think that maybe he had a feeling?

John Berry:  It’s not so much that, it’s just he had a real love for Christ and he knew that’s where he would go whenever he passed.  He talked about living on Twin Pines Ranch they’ve got in Mt. Juliet with his wife Hazel, and his son Charlie, Jr. grew up there.  He talked about what a special place that was, but then he talked about how it wouldn’t hold a candle to what Heaven is going to be like.

Patti:  He was a special man.

John Berry:  He really was.  So, it’s been fun.  We also had the Hartleys.  Mr. and Mrs. Hartley, the folks who wrote, and lived, the movie Beautifully Broken.  I had a song in that film two years ago and we had the Hartleys come on and tell us about going to Africa and being in Africa, and meeting these families that this movie is about.  If your viewers have not ever seen the movie Beautifully Broken, it is a special, special film.  It takes place in the 1990s.  There was a genocide that took place in central Africa and Rwanda, and so many people lost their lives, it was just insane.  It was basically they were very tribal at the time and  there was this one tribe that was very wealthy and had a lot of power.  They didn’t like the other tribe and they tried to rid the Earth of them.  That’s basically what they tried to do.  I mean, I was busy.  We had our second child born in the mid-90s.  I had  a couple of hit records in the mid-90s, we were on the road all the time, I wasn’t even aware that on the other side of the planet, this was taking place.

John Berry:  So, it’s an amazing story of how there’s two families in Rwanda, and a family in Brentwood Tennessee, and how God wove this tapestry where they saved each other’s lives in different ways, if not literally, and it’s quite an amazing story.  We got to go to Africa right before the movie came out.  We went on a mission trip to Rwanda, and it was pretty fascinating.

Patti:  Oh, really yes.  So, all of these podcasts are available, even though they were done in the past?   People can, if they subscribe, they can go back and check them out?

John Berry: Yes, they’re all back there and I guess we have two a month.

John Berry:  So, there’s quite a few of them because they go back to last September.  I think that’s when the first one came out.

John Berry:  The best way to go is to go through johnberry.com

John Berry:  Then if they go to my website, there on the front page is a beautiful picture of my wife Robin sitting next to a very scruffy me.  Below it there’s a little tab that says, “Click here to subscribe.”  It’s called Faith, Family & Friends, click on that.  There are two different levels to join us at, and we kind of describe it like the old-fashioned fan club.  There’s so much more,  it’s not just a podcast.  There’s a lot of stuff that’s involved as far as Meet and Greet passes to come to before the show.  We have Faith, Family & Friends live events where Robin and I get together with our members before the shows.  Then we do live performances for our subscribers only.  They get a little email with a link, and they click on that link, and it takes them to this site where we get a guitar out and play some songs and talk to them and we answer questions, that kind of thing.

Patti:  Oh, that’s great.  That’s cool, that’s really fun.   So, speaking of which, I mean, with the pandemic and everything it’s been rough, but what about live shows?  How’s that looking for you?  Anything planned, anything even local?

John Berry:  Well, you know, normally, of course, for 24 years, we’ve done a Christmas tour.  When we typically have between 20 and 25 cities each year, this year we did six.

John Berry:  Yeah, painful, but just this past weekend I did a solo acoustic show in Henderson, Tennessee, just south of Jackson, Tennessee.

Patti:  Not to be mistaken with Hendersonville.

John Berry:  That’s true.   We had somebody who thought it was in Hendersonville.

Patti:   Yeah, I can see how that would happen.

John Berry:  But then they were driving to the show and they were like, “Wait a minute. I can’t find this address in Hendersonville.”

Patti:  Because it wasn’t.

John Berry:  It was Henderson.  Yeah,  I was very appreciative that they came.

Patti:   Well, I’m glad that they did that because three hours is a difference.

John Berry:   Oh, yeah, that’s a haul.  Instead of the one hour drive from Kentucky where they live it was a four hour drive.

John Berry:  That is a good fan.

John Berry:   Well, our first grandbaby was born about nine months ago.

John Berry:  First grandchild.  So, Papa and Birdie are very excited about our little Olivia.

John Berry:   That’s a lot of fun.  We get to visit with her on FaceTime every day and watch her grow.  We go out there as often as we can.

Patti:   She’s in another state I take it.

John Berry:  She’s in East Texas in the midst of this weather we’re all having.  As a matter of fact I talked with my son today, and his father-in-law was born and raised right there where they live, lived there his entire life, and he has never seen temperatures as cold as it is today.

Patti:  It’s horrible there, it’s in the single digits,

John Berry:   Yeah. We’re excited about that, and of course we’re empty nesters now, we have three children that are all grown and our oldest child is our daughter, Taylor Marie, and she and her husband Lance, they live near Houston, Texas for the moment.  They’re getting ready to move to Jacksonville, Florida.  He’s an attorney and got a different job within their company, and she’s a flight attendant with Delta so she can go to work from anywhere.  Then our youngest, our other son Caelan lives in Gallatin where we live, not far from where we are.  He and his wife live here and he is a drummer, and he plays a lot with me, and Allie Colleen, he plays a lot with her.

John Berry:   Yeah, she’s awesome.  He plays with a lot of other people, Kelli Johnson, different folks, talented, talented drummer.  We’re excited for him and he’ll never leave here, he loves it here.

Patti:  It’s really good to have one around, isn’t it?

John Berry:  Yeah,  it’s really nice.  My daughter’s a little upset because she’s the oldest and she didn’t have the first baby.  I tell her, “Practice makes perfect baby, but you better get on with it.”

Patti:   Absolutely, I hope so, and it’ll happen.  So, it’s been so good to talk to you and we hope we can bring some people over to your podcast.  I mean, you have a ton of fans anyway, and your music has always been wonderful.

John Berry:   I think we’ll have some new music later this year.  I’m not sure when, but we do have a couple of irons in the fire, different ideas and some fun things.  It’s just lots of little things we’re pokin’ at.  We’ll see where it goes.

Patti:   Good, keep on doing that and we’re excited to hear it, always.  You’re always fun to talk to John.  Please do say hello to Robin, and  keep on “Thinking Country.”

If you haven’t checked into John Berry’s most recent catalog of music, be sure to do that while visiting his website and don’t forget to subscribe to Faith, Family & Friends.  You’ll get access to the podcast and more. 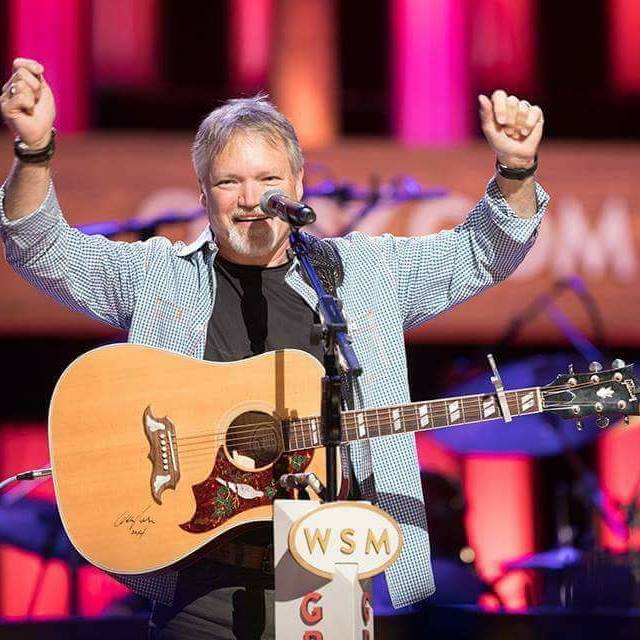 JOHN BERRY CAN BE FOUND:

Lainey Wilson Says What She Thinks In The Run Up To Her Debut Alb...