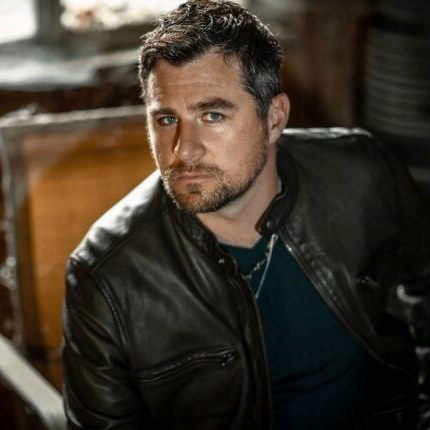 It was our first time talking with California’s Dave Herrera, so there was a lot to learn in a short amount of time.  We focused in on his latest single, “Visiting Nashville.”  You can find it on all the usual digital platforms now.

Patti McClintic:  It’s our first time talking with you.  Why don’t you tell us a little about yourself.  Where are you from?

Dave Herrera:   I’m from California, Sacramento area, it’s really all I know.  I have been in Nashville once, I’ve traveled to a few other states here and there.  I’m not much of a traveler.  We’re going to be doing quite a
bit of travel in the next year or two with shows once that opens back up.

PM:   Hopefully not too far in the future.  I listened to your current single, “Visiting Nashville.”  That’s the current one, right?

DH:   “Visiting Nashville” is the most current single.  Before that we had “Hollywood Sign.”

PM:   Give us some background on those two songs.  Who wrote them? Where you recorded them, that good stuff.

DH:   I wrote “Hollywood Sign” together with Cory Coppin.   On these two particular tracks
we will sit down, fine tune them and structure them.  Then we’ll lay the tracks down in the
studio.  I come up with all the concepts.  Like “Hollywood Sign,” whenever I travel through Los
Angeles, you get that overwhelming feeling when you see that Hollywood sign, and everything
that’s behind it.  The history, what people go through to get there.  I thought it would be
important to write a song about that.  I tied a couple in at the end of the song while they’re
sharing their moment from being out of state, or out of town visiting Hollywood, shopping and
enjoying the daytime life.  Then moving into nighttime life, ending their night at the top of the
hill overlooking the city.  That’s the thing, my vocal style and writing is not your typical country
stuff.

PM:   “Visiting Nashville” has a cool little funky country flavor, it’s a fun song.  I think people will
like it and anyone who has been to Nashville will relate to it.

DH:   Nashville.  I’ve only been there once in 2019 for my wife’s and my anniversary.   I just
thought it was such a cool town.  It became inspirational to me.  I wanted to write about my
experience on Broadway and on some of the other side streets down there.  Visiting the Grand
Old Opry and The Ryman.  I shortened my visit down to a three minute and 20 second song, and
hopefully anybody who listens to it will be motivated to go visit Nashville.  I hope they get out
there and enjoy all the musicians who put their heart and soul into entertaining people like me.
It’s a special place that people need to recognize and understand that it’s a beautiful place.  The
people who were born and raised there, we should also appreciate them for allowing us to
come into their house.

PM:   When you came to Nashville, you came as a visitor and not to do work, you just came to
hang out?

DH:   Yes, we came for our anniversary.  My wife wanted to do a beach type of trip.  It’s tough for
me to sit still and stare at the waves.  I said to her, “Let’s go get entertained and do a mini-city
tour.”  I said, “Let’s do Nashville, Boston and New York.”  The first stop was Nashville.  Yes, we
were visitors, we left the hotel with no agenda.  We went down to Broadway and saw tons of
music.  It was packed with people back in 2019.  The experience was cool, it was all
demographics of people.  People were in shorts with tank tops and people were dressed up
really nice.  The city is full of history and I was full of questions.  What happens at Tootsies?  What
happens over there?  What happened at The Ryman?  Where did they used to load in at the Ryman
back in the day when Elvis Presley was there?   I just really wanted to soak a lot of it in.

DH:  We went to the new Grand Old Opry.  We did the VIP Experience and tour.  Then we went inside and
Chris Janson was playing.  I got the chills watching him.  He was doing the St Jude’s fundraiser.
He brought a young girl on stage who had been going through cancer.  He gave the overview of
what he had done that day and he had taught her how to play the harmonica.  He brought her
on stage and she played the harmonica with him, that really topped it off.  When we
left Nashville, I knew I had to write a song about it, about our visit to Nashville.  There are little
tidbits in there.  There is a part in the second verse that talks about the “Mule Kicker,” it’s
from Acme Feed and Seed.

PM:   One of my favorite drinks, I’m terribly familiar with that one.

DH:   Sweet.   Well, I’m happy!  Anyone going to Nashville, go to Acme and get the Mule Kicker.
They have great music there.  I talk about being overserved in the song. When you’re there, it’s
a cross-pollination of all types of music.  Old, new and in the middle, and that’s what’s
so special about the place.

PM:   It is, it’s not all just country.  You can get anything you want here.  From country to rap to
rock to anything.

DH:   You are so right and that’s the feel I got from Nashville, from country to the rap section to
every thing in between.  I tried to cross-pollinate it.

PM:   Your single is like that and that’s why I enjoy it because it has a little bit of everything sprinkled in it.

DH:   Yes, it sounds like an organ at the beginning, but it’s an accordion, and then you hear it on
the bridge.

DH:   I have been writing more songs.   The new one is more to the roots of country.  I have two on
the back burner.  I probably have about 17 songs total now.   After the release of “Visiting
Nashville” I want to release the new one I have written.  I have one called “Aging Man.”  I have several that are on the feel of “Visiting Nashville” meets “Hollywood Sign.”  I want to dig in deeper on the country side and still give it my feel
with the vocals.  We’re going to release more music and get more shows when that opens up.
Obviously all the big labels and touring acts have picked up all the big venues.  Anybody
reading this that has an opening, call me, we will be sure to get there.  We’re working on shows
to get the music out there to make people happy.

PM:   When you’re not doing music what are you up to?

DH:   When I’m not doing music I’m pretty simple, I’m pretty laid back.  I’m usually at home with the
little kiddos.  We have a property that I like to go to and ride dirt bikes and ATVs.  We have a
ranch a little north of here.  I love going up there and working on things that are broken and
playing in the dirt.  Other than that it’s a pretty simple life, my getaway is getting out of the city
and writing music.

PM:   Last but not least, I have this box here called a Chat Pack, it has random questions in it.   I
am going to select one.  Are you game?

PM:   It says, “If you had a great voice and had the opportunity to record a duet with any singer you
choose, who would you choose for your partner for the recording?”

DH:   I would absolutely say Willie Nelson.  The reason being, a few years ago my buddies and I
went to Stagecoach.  Our whole goal was to see Willie Nelson.  He’s getting up there in age
and I wanted to see him live.  We go in and we’re all really buzzed.  We’re at the main stage waiting
and no one was around.  We asked a guy where Willie was and he told us he’s playing over on that
stage and he started 45 minutes ago.  We ran over there and completely missed him.  We left
Stagecoach the next day to head to Santa Barbara to catch him at the Santa Barbara Bowl. We
watched him live there. I like Willie Nelson because he has always been the same. His look
hasn’t changed, nothing has changed.  He writes about life in general and I would love to do a
duet with Willie Nelson.

PM:   There you go, I picked the perfect question and you had a quick answer.  Finally, because we are Think Country, when you “Think Country” what do you think?

DH:   When I think county I think family, friends, living and being free.  Running amuck and
doing your best.

PM:   Thank you and happy CRS.  Thanks Dave! 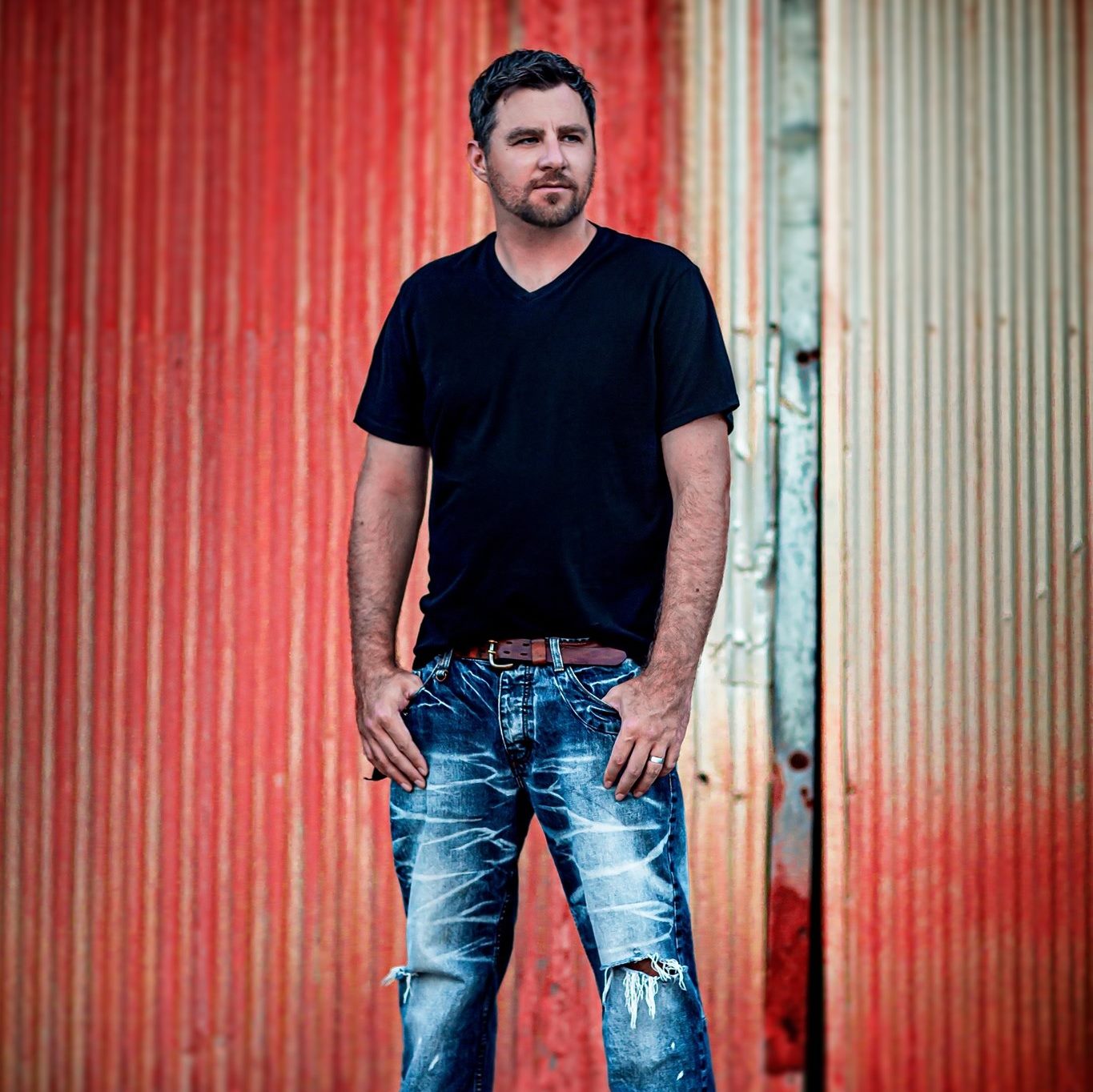 DAVE HERRERA CAN BE FOUND: