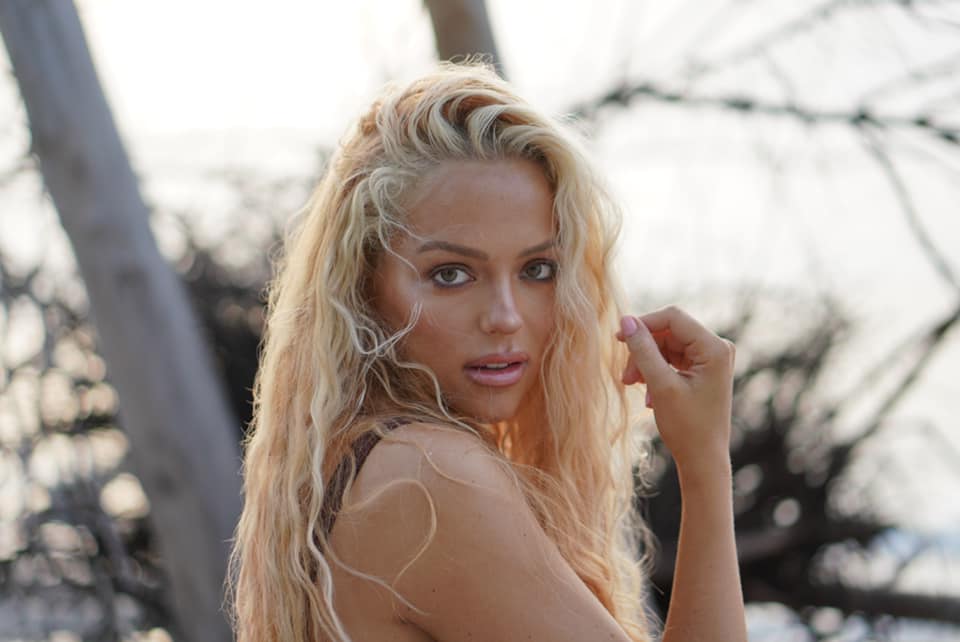 It was our first time interviewing country artist, Dani Taylor for Think Country.  Taylor just released a new single earlier this month, so we found out all about that and some other things she’s been up to.  Sit back and read what we learned about this rising country star during CRS 2021.

Patti McClintic:  Hi Dani, tell us where you’re from and where you are now.

PM:   When did you come to Nashville?

DT:   I came to Nashville exactly three years ago, although I do not feel like last year counted.  I was not really in Nashville a lot because of the pandemic.  I quarantined in Arizona with my family for most of it.  I would drive between Arizona and Florida, where my family has a house.  I would stop in Nashville every so often to finish some music up.  My cousin and I traveled to see some National Parks that I had never been to.

PM:   That was a good thing to do, better than being stuck in your house.

DT:   When I was a kid I was in a bunch of musicals.  My grandmother would take me to Celtic festivals.  There was always music everywhere.  A bunch of my family members played music.  I just fell into it.  It was a natural inclination to be drawn to music.  When I was 10-years old I got my first role.  I was “Annie” in the musical, Annie.

PM:   You have a new single out that was just released earlier in February, tell us about it.

DT:    I released “Table For One Drinking For Two” on February 5th this year.  It’s my third single that I’ve come out with.  It’s all about being independent and embracing your independence, and being single and having fun with it instead of wallowing in sadness about it.  I try to send out a message through my music that it’s okay to be single and not know where you’re going, and to look at the bright side of it.

PM:  Who wrote “Table For One Drinking For Two?”

DT:   I wrote it with Will Rambeaux and Sherrié Austin.

PM:   Where did you record it?

DT:   I recorded it with my producers, Dave Thomson and Brad Hill.

PM:   When you first moved to Nashville, how did you get yourself involved with the music community here?

DT:    I went out to writers’ nights and introduced myself.  I made friends at work, pretty much everyone you work with in the service industry are also singer-songwriters as well.  I made a lot of connections through work.

PM:    You did it the old fashioned way.

DT:    Also social media is so prominent now, I have been direct messaging people.  I figure what’s the worst they can do, say no?

PM:   Right, get your name out there.  What’s your next plan with your music?  Do you have a new single coming out or maybe an EP?

DT:    I’m not quite sure yet.  I have three songs and I’m not sure if I want to put them out as singles or an EP.  Most likely an EP, and I’m aiming for April.

PM:   How are you getting the music out there?  Are you doing any live streams or shows? 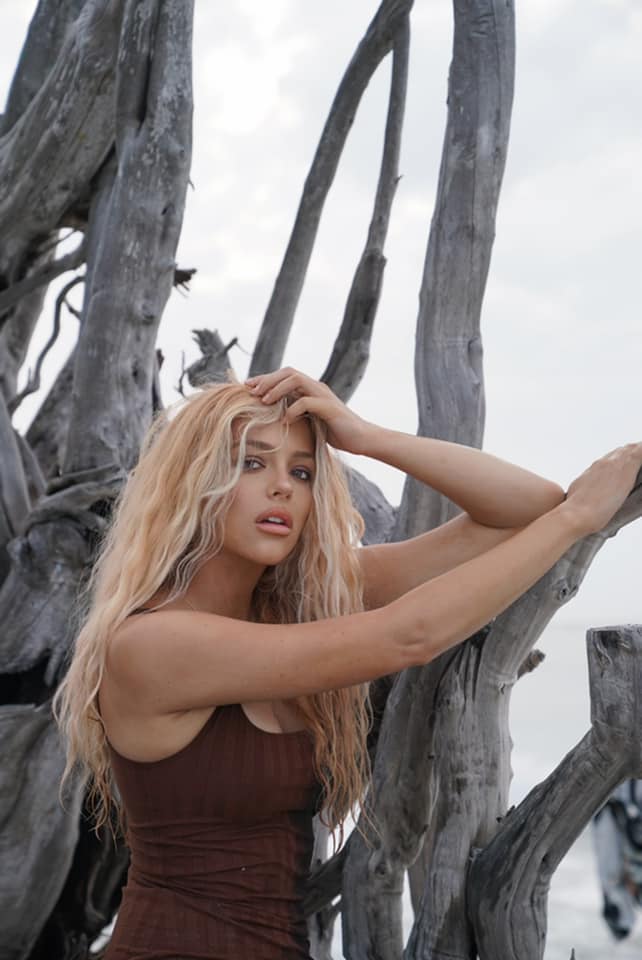 PM:   When you’re not doing music, what do you like to do?  I know you love to travel.

DT:    I love camping.  I am artistic, I started doing dark room photography when I was a teenager.  I have a digital camera and I love taking photos.  A lot of the photos on my socials are photos I have taken myself.  I take portraits of my friends.  I’m also into resin art.  I started doing it about six years ago.  I really love making modern art.  It’s expensive to do, but I love doing it.

PM:   A lot of creative juices flowing over the past year.  Is there anybody in town that you have a goal to write with?

DT:    I would really love to write with Robyn Ottolini.  I think she has fantastic lyrics and I love her music.

PM:   That name is coming up a lot these days.  Definitely a very talented person.  So, I have this box called a Chat Pack.  It has cards with random questions.  Are you game for me to pull a question out?

PM:    Okay, the card says, “What event or activity in the next few months are you looking forward to more than anything else?”

DT:    Putting out music.  I am also looking forward to a road trip I have planned with my cousin.  We are going to go out west.  We are going to go to Oregon and Washington, I have never been there.  I am very excited, I love rainy weather.  I love being in a car, love camping.

PM:    There you go, that sounds awesome.  Finally, because we are Think Country, when you “Think Country” what do you think?

PM:  That’s perfect.  Thank you for spending time with us today!  Enjoy your road trips, I’m a little jealous!  Thank you Dani. 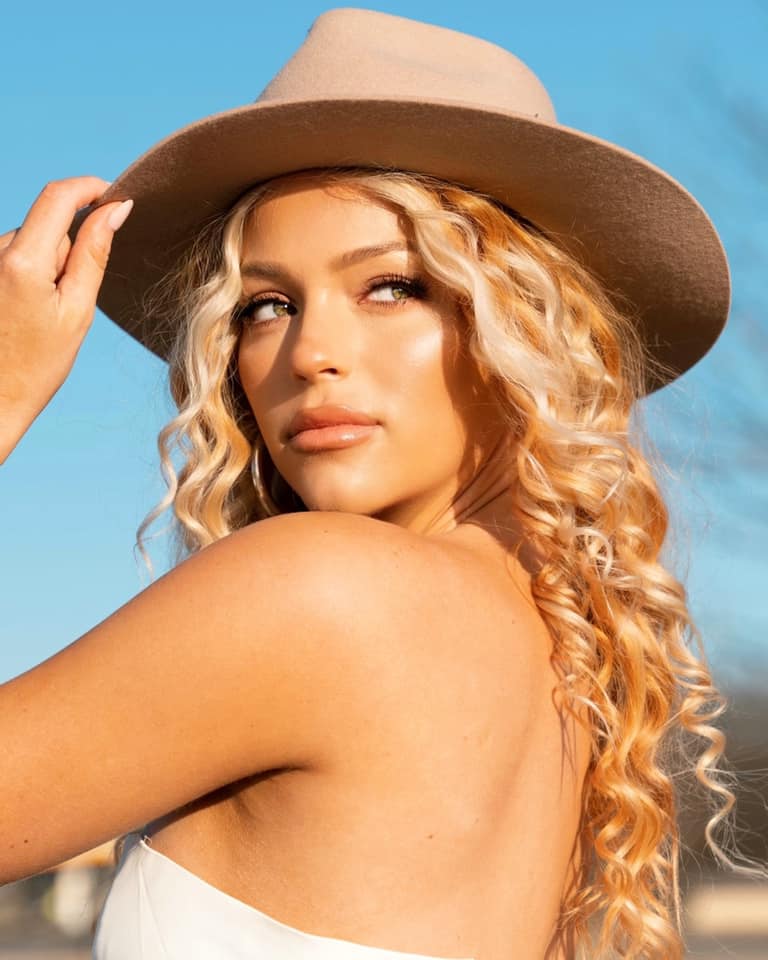 DANI TAYLOR CAN BE FOUND: