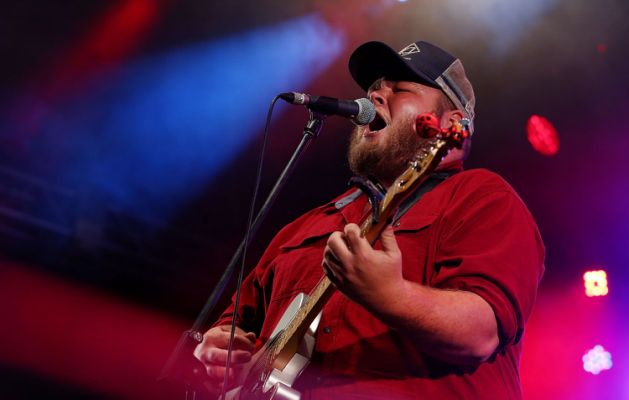 With country music popular worldwide, it’s always great to discover artists from outside the US and UK, and the latest to be brought to my attention is from the other side of the globe, the ” land down under ” . Brad Cox originally hails from Jindabyne, New South Wales, up in Australia’s Kosciusko Mountains , and when it comes to his music the bio on his website describes it ” A sound which can induce hypnosis and coma ” warning that ” you may require medical attention after hearing Brad’s music, but no rehab will ever cure you of the addiction”. And I can confirm that I was hooked, and remain so, having listened to his latest album ” My Mind’s Projection” released worldwide via Sony at the tail end of 2020. It features eleven songs, all of which Brad had a hand in writing, including the Australian #1 country radio singles ‘Give Me Tonight’ (4m+ streams to date) and ‘Drinking Season,’ (1m+ streams to date and included on Apple Music’s 100 best Songs of 2020 ) and his brand new collaboration with Adam Eckersley, ‘Remedy’. One of my favourite tracks is his ode to life on the road, ” I Keep Driving” ….obviously a bittersweet write with the ongoing tour cancellations especially for an artist like Brad who spent the last two years touring with the likes of Brett Eldredge, Jon Pardi, Randy Houser and Australian superstar Lee Kernaghan.

Brad first came to prominence in 2018 with several breakthrough singles from his debut self-titled album, including ‘Red Light,’ ‘Too Drunk To Drive,’ and ‘Lake House’ as well as crowd favourite ‘Water On The Ground’. The Matt Fell produced album was instrumental in Brad winning two of his first four prestigious Golden Guitar nominations in his homeland, for Contemporary Album of the Year and New Talent of the Year, and the pair have rekindled their working relationship on this sophomore project which was nominated for three more awards in this years ceremony. Together they have recaptured the magic of their first outing, but have taken the stylings further, infusing the record with dollops of country rock and rhythm and blues. “It’s really great being able to work with Matt again,” says Brad. “I was so uncomfortable the first time (laughs), because I didn’t know what I was doing. But we got to be mates. For this second record, we were friends, I knew how he worked. I was much more comfortable going “Matt, what about this,” throwing ideas around or “I don’t like that”. It was a totally different experience.”

When Covid-19 hit, Brad Cox found solitude driving a tractor for up to seventeen hours a day, and solitude is actually part of his well-worn writing practice – he dreams up an idea, ruminates on it and then the magic happens. That’s what happened with the recording of My Mind’s Projection, so who knows, maybe this last year will sow the seeds ( no tractor pun intended!) for the next chapter in the career of this exciting Australian country music artist !