How was it for you?  After three long days of drinking, listening to some of the best country music around at the moment and catching up with old friends, I thought it was pretty awesome.

Stepping off the underground at North Greenwich, there was a sea of Stetsons, boots and buckles.   Giant pictures of Eric, Carrie and Miranda attacked your eye and red jacketed O2 staff walked around with oversized picture frames for you to stick your face through to be posted later on their FB page.    The hum of chainsaws and the smell of fresh chopped wood along with burning petrol fill the air as you walked into the main entrance. 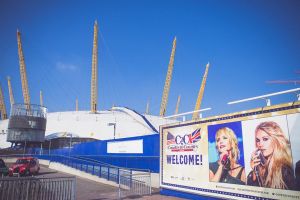 If you’ve never been to C2C before, there is a small stage set up right by the first set of doors you go through called “Big Entrance Stage”.  There are staff making sure you stand within the white lines whilst you watch the bands, keeping the traffic moving freely.  Off to the right and down the restaurant strewn street you come across Townsquare.   Littered with pop-up shops, craft beers (no ciders through) and various corporate stands at one end with a stage at the other, this was the other main, no queue necessary, stage.

When you add in, deep breath, the Bluebird sessions, BBC Radio 2 Country Indigo stage, Brooklyn Bowl sessions & after party, The Saloon, Sounds Like Nashville, Under The Apple Tree, CMA cinema and the C2C sessions at NYLON, it was an awful lot to fit it even with the third day added.

Too much? In all honesty it probably was.  Do you see Sonia Leigh, answer yes because she’s amazing live and reminds me of a young Joan Jett,  or do you see the legend that is Phil Vassar or do you queue for Maddie & Tae M&G’s.  Argh, it was all too much.

Friday night started well, a few ciders and JD’s at All Bar One with another member of the TC team and listening to Southern Companion.  Looking around at the crowds and I don’t think this happens in other genres, there is almost a 50/50 split of men and women spanning all ages.  Some are fully cowboy’ed up but most are dressed in jeans & trainers, but one thing is certain everyone loves the music.

With Thomas Rhett, Dwight Yokham and Miranda Lambert headlining on Friday, it showed the breadth of the country music genre.  Thomas showing off his dance moves, working the crowd over with infectious songs but still slowing it down with the gorgeous “Die A Happy Man”

Dwight giving us the old school country sound and Miranda filling the gap between the two.  Playing my two personal favorites “Over You” and “The House That Built Me”

I was always going to be going home happy.  Add in the gorgeous Ashley Monroe and the equally handsome Charles Esten and it couldn’t have started any better.

Saturday bought more people, more boots and a few too many fringed jackets.  With the pop up stages in full swing, nobody line dancing contrary to popular belief, it was just a question of who you wanted to see.

The only one I had to absolutely not miss was Ashley Campbell.   If you didn’t get to see her on the Saturday or Sunday session, then go over to the IPlayer radio and have a listen to her sing.  ‘Remembering’, written specifically about her father,  and used on his documentary, is an absolute stormer of a track, genuinely moving and heartfelt.

I got lucky a couple of hours later and managed to meet her and her brother during Brooke Eden’s set.  Truly special moment for me and one I truly don’t think I’ll ever forget.  Huge thanks to C2C for bringing them over.

Main stage for Saturday bought us a countrified umbrella and mirror from Maddie & Tae proving that you can be a girl in a country song, the R&B country sounding Sam Hunt tearing up the stage and through the audience,

Little Big Town putting on the headline show even if they weren’t headlining.

Oh, and Carrie.  Not sure about her, but after that I needed a smoke break.

Final day and it was all about Townsquare stage.  Maren Morris, Ashley Campbell (again) & Charlie Worsham packing the space around the stage.   Add in some London craft lager, some friends I haven’t seen for a while and it was a good day.

Firstly, a massive congratulations to the standout performance of any UK band over the weekend, Dexeter.   A standing ovation for the ‘Under the Apple Tree Sessions’,  asked to play a third set and a shout out from Bob Harris on the main stage before Andrew Combs.  They are the best, in my opinion, UK country/Americana group at this moment.  Catch them this year on tour, you won’t regret it.

Sunday night was one of those ‘you had to be there’ nights.  I don’t think there are any words in the English language to describe it, b.  Andrew Combs gave us a performance which surprised everybody in the arena, please go and check out the superb “All These Dreams”, before giving us all an impromptu meet and greet at Block 103, cheers for the hug! 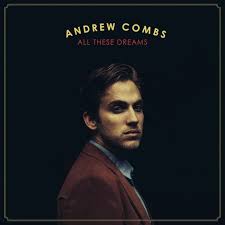 Then Chris Stapleton bought the house down.  It was another one of those moments that I’ll never forget.  I’ve only ever been in one other gig where impromptu applause and banging of seats occurred – Chris Young at Shepherds Bush – and we even had booing at the end of the set because he couldn’t come back out.  He seemed genuinely shocked at the reception he got.

Poor Kacey had to follow that.  The pageant material girl must have been quaking her in little boots, but boy did she perform. Rhinestone strewn with a raspberry coloured band we were treated to a stunning performance which turned me into a Kacey fan.  Her cover of Gnarls Barkley’s “Crazy” wouldn’t have seemed out of place on a Marty Robbins album. It’s interesting to go back and listen to her performance and interview on Radio 2 Country where she states that her largest crowds she plays are always the UK.  Clearly we have a love affair with this lil’ lady from Texas.

The Chief rounded out the night, struggling with a cold picked up on his European tour which meant we were a couple of songs short.   Coming off the back of his best album in a while, we got to hear quite a lot from “Mr Misunderstood” including the title track. No Eric Church concert would be complete without “Springsteen” this time intro’ed with “Dancing In The Dark”.   Everyone was up singing about a melody sounding like a memory.  Top stuff.

Special mention to Striking Matches & Frankie Ballard on the mini-stage, I have a sneaky suspicion one of them will be on the main stage next year.

It was and always is the best weekend of the year for country fans in the UK, so I hope everyone managed to pick up the early bird tickets that went on sale Friday.   Headline hopes for next year are three acts that have yet to play at C2C, so Keith Urban, Toby Keith and Kenny Chesney please.

Full reviews on all the main acts and most of the pop-ups can be found throughout the website.