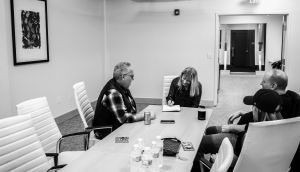 There’s a very special project going on in Nashville right now called “John Schneider’s ‘Good Ole Boys’ Project”, which is a tribute to Waylon Jennings.  It’s a re-recording of the song, “Good Ole Boys”, which served as the theme song to the TV show, The Dukes of Hazzard and Jennings wrote and recorded the original song.  John Schneider, who is heading up this project, also starred as Bo Duke on the TV show, which ran from 1979 to 1985. 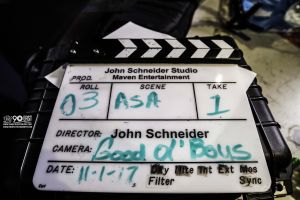 Obviously, Waylon Jennings has since passed on, so it’s his fellow country artists that took the reins and re-recorded the song in his memory.  A group of talent that would make your head spin.  Everyone from Bobby Bare to Tanya Tucker was on hand to pay tribute to both Jennings himself and the TV show that nearly everyone knows and loves.

This gathering of outstanding voices had the time of their lives recording this song, but it wasn’t all just for fun, this work will eventually benefit diabetes research, a cause that touches just about everyone.  The country music community has never been short on giving of their time and talent, and having been there to witness this amazing group recording session, once again they didn’t fail.  It was a packed room. 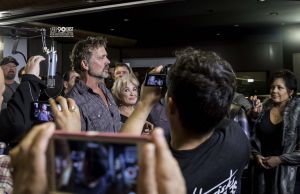 Two of the participants were Collin Raye and Max T. Barnes.  I was given the opportunity to chat with them earlier in the day and what a great experience it was.  Our 20 minute time slot ran over and how I wish we could have gone on a lot longer.  Either one of them would have been interesting to talk to one-on-one, but together?  This was like old home days!  I couldn’t have asked for a better interview.

When trying to decide how to write up this piece, I was at a loss.  Do I write on one, then the other?  Do I try and go back and forth?  This was definitely a three-way conversation.  When I say “conversation”, I do mean it.  How does one sum up a half hour conversation in one page or less?  I’m just going to try and I’m going to probably have to leave out some really great stuff due to space constraints, but there’s no doubt, it went better than well. 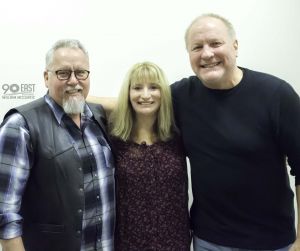 Collin Raye has 24 top 10’s, 16 number 1’s, is a 10 time Male Vocalist of the Year nominee, so you get the picture.  He’s done some things.  His breakout number one song, “Love Me”, just happened to be written by Max T. Barnes, who was sitting at the same table with us. Imagine that. Even more than that, it just so happens that Max T. Barnes is the son of the late great songwriter, Max D. Barnes and did they have a story about “Love Me”.

You see, “Love Me” was nominated for CMA Song of the Year in 1992, so naturally Raye and Barnes were pretty excited about that, however, Barnes’s Dad, Max D. Barnes, also had a song nominated for CMA Song of the Year, Vince Gill’s “Look At Us”.  As Barnes put it to me, “My poor Mom didn’t know who to root for.”  Raye said he couldn’t recall who the presenter was, but when he first heard the “L” sound come out their mouth, he thought they had it, and then, instead of it being “Love Me”, it was “Look At Us”.  We had a laugh over that, saying it was too bad the other song didn’t start with a different letter.

Max T. Barnes has a bio a mile long.  He’s written for everyone and he’s played lead guitar on tours with great artists ranging from Reba to Merle Haggard.  That peaked my interest because I had just been to the official announcement of the future Merle Haggard Museum that will be opening in Nashville in 2018.  I asked Barnes what he thought about the museum.  His exact words?  “In my opinion, nobody deserves a museum more than Merle Haggard.”  He then went on to tell me how he met Merle Haggard.  He said he was about 30 years old, sitting at his Dad’s kitchen table where his Dad and Haggard were sitting around playing guitar.  They asked him if he wanted to pick.  He was blown away by the request, a little flustered and the rest is history.

He also shared that his father wrote a lot of songs for Haggard, and I asked him if any of his lyrics would end up in the new Merle Haggard museum and he said he didn’t think so because he just recently took all kinds of his late father’s things to The Country Music Hall of Fame, so if they want to see any Merle stuff they’ll have to walk over there.  He did however, relate a funny story of how he also took the handwritten lyrics to “Chiseled in Stone”, all stained with coffee, over to the Hall of Fame as well.  That song, written by his father, and recorded by the late Vern Gosdin, is one of the most well-known country songs ever and that piece of paper is likely worth an incredible amount of money, but will now be preserved exactly where it should be.  Barnes mentioned when he handed it to the lady at the Hall of Fame, he just handed it to her as is, whereas she put on a pair of gloves and gingerly took it from him.  They do take their memorabilia seriously over there people.  I guess that’s very good to know.

On a side note, I did ask Barnes if he had the handwritten lyrics to “Love Me”, the song he wrote for Collin Raye, the one that was up against his Dad’s song for that CMA Award.  He said actually, he didn’t.  He said he and Skip Ewing wrote it on the back of a bus and it was probably written on the back of an envelope.  It wasn’t until he was on the road with Linda Davis that he found out it got cut.  It was up to 33 on the Billboard Chart before he even knew.

On to more serious topics, I talked with Collin Raye about the very sad passing of his granddaughter Haley, which spurred him to create a foundation called “The Haley Bell Blessed Foundation”, which helps families with funds to obtain high tech wheelchairs for children with cognitive or physical disabilities.  He explained that unknown to many, insurance usually doesn’t cover the cost of these chairs.  When children are not easily mobile, families aren’t either.  It affects the quality of life of the entire family.  This foundation is helping not only these families and children, it’s helping him and his own family to heal.  He expressed that he will never get over the loss, but his strong faith helps him mentally.

Since both guys were going to be singing on the “Good Ole Boys” re-recording, I asked them if they were fans of The Dukes of Hazzard.  Not a second of hesitation there.  Oh yes!  Barnes mentioned he had “The Car” and everything, making the motions of the car going back and forth.  Raye talked about how Waylon Jennings was the first sold out arena show he had ever attended, having attended country music shows as a kid, where he went to see truly great artists at tiny venues for hardly any money, and then along came Waylon.  Totally different sound, no “little PA system”.  He was a breakout artist.  This project was something they were both easily drawn to.

In closing, as we were being pushed out the door because we had already gone over our allotted time, I asked them both what do they think when they “Think Country”?

Collin Raye: “Hank, Merle, Waylon and how badly we need to get back to that.”