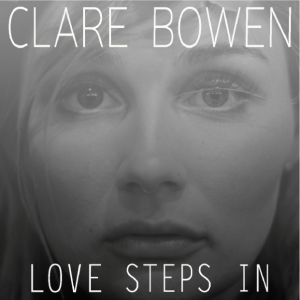 Australian singer and actress, Clare Bowen is flying solo with her first official single release. Better known as Scarlett O’Connor on CMT’s Nashville, Bowen has been working on her own material for a number of years, giving fans multiple sneak peeks on her Instagram account.

The poignant ‘Love Steps In’ was written by her fiancé Brandon Robert Young and close friend Justin Halpin. It was produced by Tim Lauer and pays tribute to her brother, Timothy, who at the age of 25 was diagnosed with Lymphoma – Thankfully he’s now in remission. Bowen herself has overcome her own battle with the disease as a child.

Clare has performed the song at shows all over the world, and I was lucky enough to hear it live when the Nashville tour came to British shores last Summer. She poured her heart out in a moving performance and was my personal highlight of the evening.

‘Love Steps In’ is a really special song and I can’t wait to hear what the star has in store on her debut album.

You can buy the song on iTunes now.