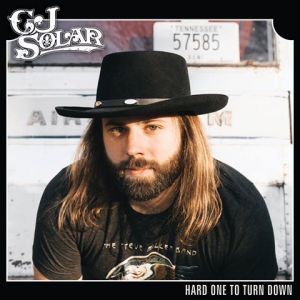 “Tall Boy” is the lead single from Solar’s debut EP release, Hard One To Turn Down. And a hard one to turn down, it is.

Rolling Stone Country’s Chris Parton says of the track, “With its boozy narrative and clever, repetitive hook, ‘Tall Boy’ feels like a ready-made radio hit.” One Stop Country adds, “With country starting to steer back to songs where the lyrics are the true star of the show, this aspect will allow Solar to quickly become a standout at radio and easily connect with listeners.”

Co-penned by Solar, the single has garnered more than 300,000 Spotify streams in a month’s time. The early success can likely be accredited to the Baton Rouge native’s ability to blend Delta blues and Southern rock influences into a modern country hit.

“I remember being crazy about guitar and Southern rock and wearing Lynyrd Skynyrd T-shirts to school and having kids be like, ‘What are you doing?” says Solar in the Rolling Stone Country feature, referencing his unorthodox taste in music at a young age.

All five songs on Hard One to Turn Down were co-written by Solar, who has celebrated songs written for country superstars such as Jerrod Niemann and Justin Moore.

What is perhaps even more impressive are the edgy country-rocker’s exceptional guitar skills, which led him to play all the solos as well as rhythm guitar on the EP.

Hard One to Turn Down is available for download here.

Stay up to date on CJ Solar as he continues to tour as a supporting act for such artists as The Cadillac Three, Old Dominion, Whiskey Myers and others at his official website, cjsolar.com.