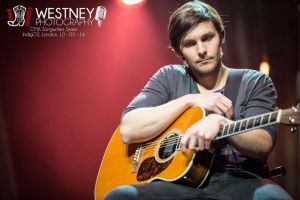 Originally, Mississippi native and criminally underrated country artist Charlie Worsham was meant to make his UK debut last November, on the Mississippi to Manchester Tour. However, just a few short weeks before the selection of shows was due to take place, the tour was abruptly cancelled, with Charlie initially citing clashes with recording plans for his hotly-anticipated sophomore album. “Several things were happening at once,” he told us during an interview conducted at the recent C2C Festival in London. “I changed management, and I couldn’t really talk about that [at the time] but now that’s done, everything is cool.” What’s more, he says, work on his new record unexpectedly demanded immediate attention. “We found out that if I stayed in Nashville a few more weeks and worked really hard in the studio, we could get a jump on the progress of the record.” It was a difficult decision, but ultimately one that had to be made. “It broke my heart. I honestly don’t think I’ve ever missed a show before. . . much less a tour.”

Following the unfortunate announcement, Charlie did his best to make it up to fans. In addition to a public apology, he wrote to those who had purchased tickets personally, apologising again and including little gifts. It was a move that cemented the fandom of many, and served to gain yet more fans as the news spread across social media. “Well I knew, even though I’ve yet to perform – the legend of how great English, British country music fans are has already spread and so I knew everyone was loyal and did not want to let them down,” Charlie explained of his decision to give back to the fans he had let down. “I remember growing up being a country fan myself, just meeting someone [that you love], what that does to you – you never forget it. . . I just want to do the right thing by the fans, you know.”

However, as it turns out fans didn’t have to wait long to see their favourite in person. It was soon announced that Charlie would be heading over to play C2C Festival on the pop-up stages, just four months after the cancelled tour. As many are aware, he ended up playing in the opening slot on Frankie Ballard’s headlining European tour the following week, performing in various cities around the UK and Germany. Still, this wasn’t always the case. “Originally, this trip was just going to be for C2C,” Charlie noted. “I was at my label, at Warner Brothers, talking to a friend who works with myself and with Frankie [also on the label]. We were talking about, ‘Man, I just wish I could play more shows in England,’ and she goes, ‘Well, you know Frankie Ballard is coming over there for his first time?’ So I said, ‘You tell Frankie that I’m a cheap opener.’ Frankie was so sweet and so cool, he was very receptive to the idea and let us tag along; he lets me play an extra seven, eight shows that I work around.” 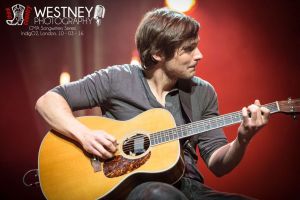 It turned out to be a solid decision. Charlie was featured on the line-up for C2C’s unofficial kick-off event, the CMA Songwriters Series, alongside the likes of Ashley Monroe, Lori McKenna, Shane McAnally, and Charles Esten (Deacon on Nashville). The fan reaction to his songs was so intense that one of the songs he played, a totally unreleased track titled ‘Lawn Chair’, actually resulted in mass sing-a-longs during the tour with Frankie Ballard, just a few days later. When we interviewed him it was prior to the Songwriters show, but Charlie was still prepared for the love and respect of British fans. “I’ve been told [about the UK] that sometimes it’s weird at first, because the audience can be very, very quiet while you’re singing the song,” he explained. “Which you have no idea how much that means to me, having experienced the opposite. That’s not going to weird me out at all. Then I hear that the minute the song’s over there is just a roaring applause.” True to form, this was indeed the case at every stage he played throughout the week.

Amazingly, however, Charlie was not always a singer or a songwriter. The son of a banker and a teacher, he initially found a love of music through playing guitar and banjo. He smiles when he notes that he was terrible at sports, thereby solidifying the kind of direction he would go in at school. “I always was a player, and that’s what I was always drawn to first,” he says. “I kind of started writing songs and singing out of necessity. Being in a band that had to play four hours, we needed material and we needed somebody to give the other singers a break.” He admits that since those early days he has fallen in love with both singing and songwriting, but playing is at his core. “I’ve been fortunate to make a living playing music, even before I went for the solo career. And that’s thanks to my friends in the music community; they had me play on their demos, and later on their records or on the road with them, and it’s just such a universal language.” It’s fitting that one of his biggest inspirations is Vince Gill, who equally initially came to recording music through playing, rather than singing or writing. 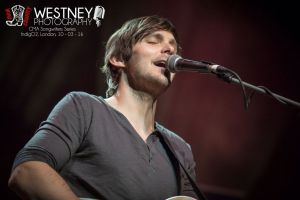 Charlie’s music is a mix of country, singer-songwriter pop and good old-fashioned rock ‘n’ roll, and the music that he listens to on his own time reflects that. “I grew up on the Beatles and the Stones,” he muses. “My first concert was the Rolling Stones in Memphis, and when they broke into the first verse of ‘Honky Tonk Woman’ and said “Memphis Beach”, [we all] freaked out.” In addition, he cites Ed Sheeran as a new discovery, exclaiming “His writing is so good,” and also highlights a buzzy new name coming up through the ranks. “I don’t know if she has made waves over here yet or not, but Aubrie Sellers just put out one hell of a record.” Aubrie is Lee Ann Womack’s daughter, and her debut album evokes a sound that has been described as “garage country”.

It’s safe to say that Charlie Worsham charmed everyone when he arrived on UK shores. Smart, respectful and refreshingly humble, he stunned audiences with his excellent picking skills and heartfelt songs. So it’s perfectly fitting of his time in Europe and the impression he made, that he finished our interview by quipping, “Well, in the famous words of Minnie Pearl, I’m just so proud to be here, I really am, thank you.” 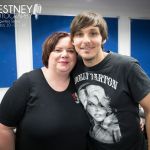 It has been recently been announced that Charlie Worsham will be opening for Kenny Rogers on the European leg of his farewell tour, this coming November.