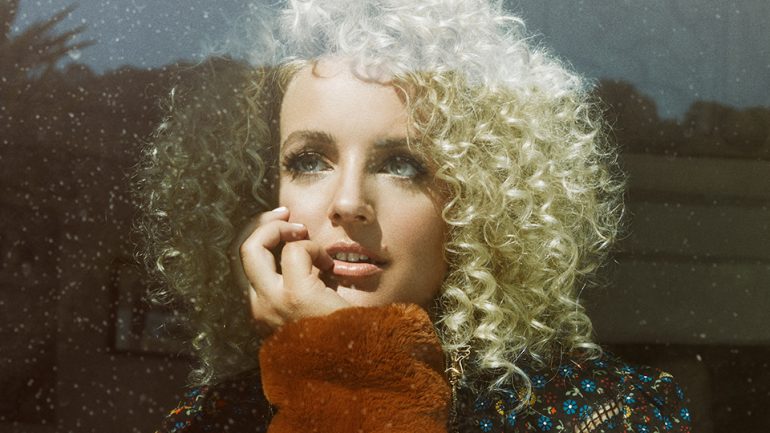 I was so happy to see this one-off UK show announced, Cam is one of my favourite country artists and apart from releasing the incredible “ Diane”  Stateside recently ( it’s set to go to radio here in the UK imminently ) there hasn’t been much news from the newly-wed lately. Thankfully it seems that has been busy writing, during a BBC radio interview this weekend ( and at this concert ) she  mentioned that there’s a new album to come in the near future and she made surprise appearances this weekend at the O2 at Sam Smith’s shows, duetting with him on her co-write “ Palace” from his current album.

I’m sure that, like myself, many of you reading this go to a LOT of country music concerts but this one was something very special indeed and will have a place in my heart for ever. It’s actually harder to review something as good as this as the essence of the night is impossible to capture with words, but you have to imagine if you can the following that applied throughout Cam’s 90 minute set….

1. Reciprocal energy, akin to electricity, between the capacity crowd and the three musicians on stage ( Cam was accompanied on guitar/banjo/ backing vocals by her two incredible Swedish musicians, apparently they had very little rehearsal time but were fantastic!)  ) .This only got stronger as the evening progressed!
2. Vocals that were sheer perfection at all times, always note perfect and with superb control. The emotions she can convey have no limits whether she’s pleading ( Diane, Mayday) reminiscing ( Cold In California, Palace) or just having a blast ( Country Ain’t Never Been Pretty, Fireball Whiskey).
3. Dramatic hand gestures accompanied each song…..Cam really lives every line she delivers!
Ok, now you’re hopefully in the zone!
The privilege of opening proceedings went to Essex singer/songwriter Lisa Wright, who was the perfect choice with her amusing banter and well crafted and delivered songs. If she was overwhelmed by the experience it didn’t show, yes she was excited but her performance was impressive and professional. From the start she had the audience on her side and was a credit to British country music. Songs co-written by fellow Brits Holloway Road and Kaity Rae showed the depth of talent we have in this country. Look out for a new EP from Lisa in May.
Cam bounced onto the stage following her musicians, her trademark blonde curls as bubbly as her personality, and the crowd erupted as she asked “ are you ready to sing along with Diane?” …..which is exactly what happened, nearly everyone already word perfect….” I may just have to do that one again later!” we were told, and indeed it was her closing number too and there was an even rowdier sing-along the second time around, including a section when Cam’s mic cable became unplugged so it was up to us to continue singing while she got it sorted!
She mentioned several times during the evening how much not only she but so may other American country artists enjoy performing to UK audiences as we are so attentive, appreciative and knowledgable ( the mention of Lori McKenna as co-writing on her new album got a big cheer), and that thanks was also extended to radio stations here who treat female country artists with a respect they sadly don’t get in the US.
The set was obviously largely songs from her debut album “ Untamed” with some great stories regarding their inspiration, particular favourites of mine were the clever  ” Half Broke Heart” and very moving “ Village”.  Cam told us that as much as she enjoys full band sets in large venues she adores the trio set-up we were treated to at this relatively intimate show, where she can be close to the audience and talk about her writing. There were a couple of other “ fan favourites” not on the album included too, “ Down This Road” which was the first of her songs to get played on country radio and which helped her secure her Sony record deal, and “ Fireball Whiskey” about letting your hair down and enjoying yourself. Apparently she sent this to Fireball in the hope that they may sponsor her or in the very least send her some free booze but the email reply she got from them was that they couldn’t be associated with it as it “ encourages irresponsible drinking”!
As mentioned earlier, Cam has been busy writing new material, “ Palace” is a song that Sam Smith fans will already be familiar with, such a wonderful concept for a song, and if you’ve ever wondered why you wasted so much time on someone when you split up this is the one for you …..remember “ real love is never a waste of time” (  “apologies for getting preachy”  Cam said when introducing this one! )
“ Forgetting You When I’m Alone” is a brand new song which will be on her next album, written with the afore-mentioned Lori McKenna. Knowing she HAD to take an idea to the writing session Cam was sitting on her bed wondering what, and recalled sitting on a hotel bed whilst on tour in a room that still smelled of cigarettes from the days smoking was permitted, and that formed the basis of this song about being able to put someone out of your mind when you’re in a crowd but when you’re alone it’s a different matter. They “ rise up like smoke” …..“ In a crowd I could swear i’ve moved on, but I’m still no good at forgetting you when I’m alone” she sings in this emotional 6/8 waltz. A stunner that makes me even more excited about the album to come!
No one could complain when Cam came out for her encore ( after ending the main set with “ Burning House” which naturally got massive applause) saying that there’s only one song that she wanted to sing and as I’ve already said it was “ Diane” that followed, by this time I don’t know who was in more of a frenzy, the artist or the audience, but Cam tweeted “ THAT LAST DIANE – oh man that did it for me too” in reply to a fan. Wow what a way to finish an already incredible night!
As we all spilled out into the damp North London night I’m sure many of us had the song’s lyrics resonating in our heads, or even found ourselves singing them out loud. Can’t wait to hear them blasting out of my radio in the coming weeks!
While I’m looking forwards to Cam returning with her full band as she promised would be the case next time she’s here, this more intimate type of show is what I favour and I’m so grateful to have been at this one.
SETLIST
Diane
Hung Over On Heartache
Half Broke Heart
My Mistake
Forgetting You When I’m Alone
Down This Road
Runaway Train
Manhunt
Cold In California
Palace
Village
Country Ain’t Never Been Pretty
Fireball Whiskey
Burning House
Diane