After wrapping up the first leg of their radio tour across the southeast, US Auburn Road have just released their new single, “Warning”, which is available everywhere since March 9th.  The powerful vocals of Kristen Brown, Alicia Paulson and Paxton Martin blend beautifully to deliver stunning harmonies on this new song that dives headfirst into the very relatable heartbreak that comes with seeing your ex-love with someone new for the first time. With a girlfriend-tell-all style and fearless female songwriting approach, their contagious personalities and unmatchable harmonies- Auburn Road is poised to take country music by storm. Current fans of the ladies include Toby Keith, Morgan Wallen, Rascall Flatts, Clay Walker, and Uncle Kracker, all of whom they have opened for.

The Californian trio continue the trend of fresh artists bringing the sun kissed vibes of California to make a serious impact into the sound of Nashville where their powerful and incredibly tight harmonies deliver a relatable and exciting fashion. ‘Warning’ is a pragmatic song about seeing a former partner for the first time without being prepared or ready for it and infuses a dynamic and catchy melody infused with powerful vocals brought together by beautiful harmonies that sets as a really exciting time ahead for Auburn Road. 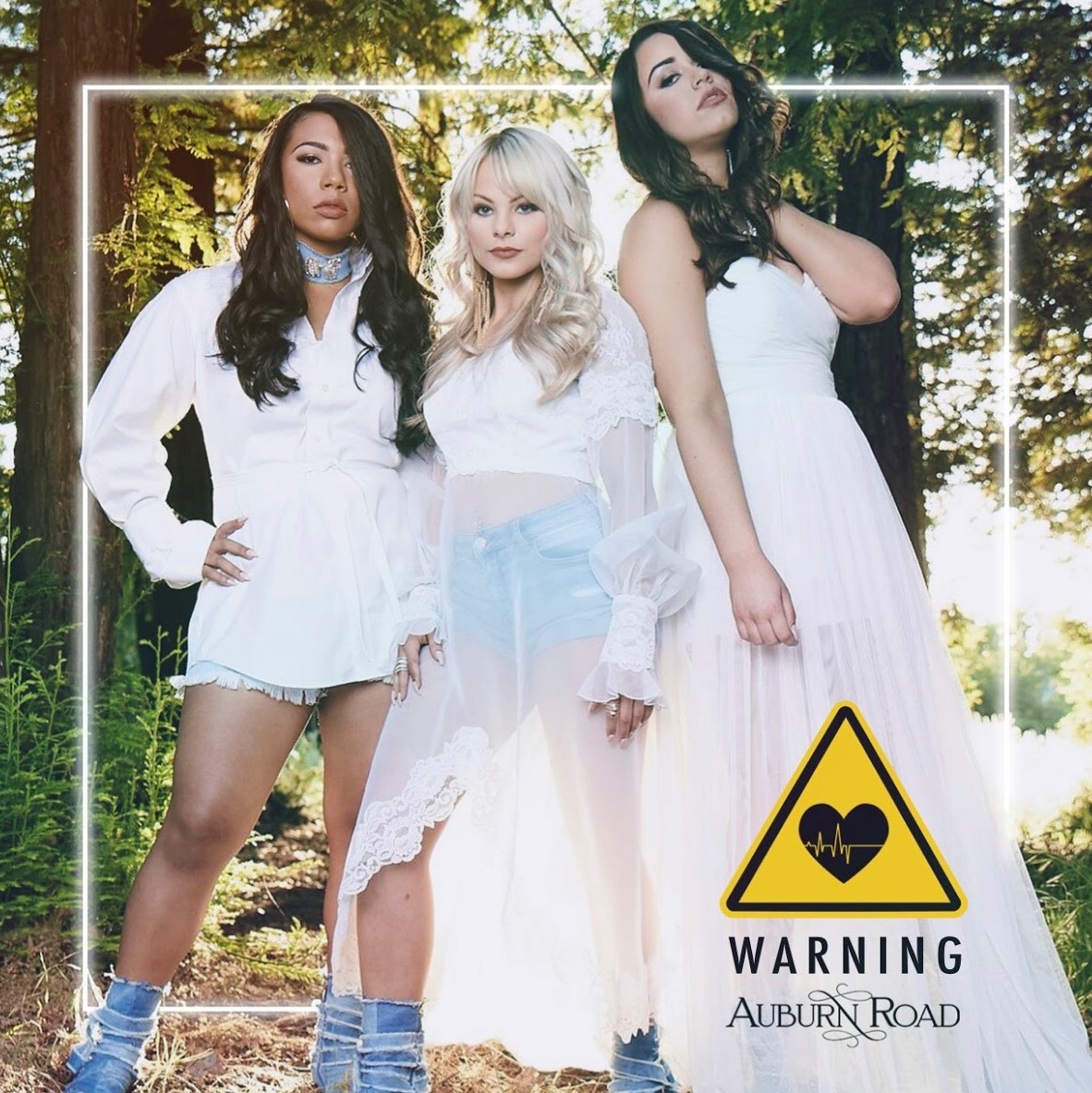 Gary LaVox of Rascal Flatts: “Warning! Warning! Auburn Road is on the radio! The girls opened for us last year and dropped the curtain every night!”
Clay Walker: “If you haven’t checked them out, you’re missing one of the greatest new acts… These girls will be bigger than the Dixie Chicks!”

On their radio tour the girls visited and performed at radio stations in Nashville, Greenville, Charlotte, Greensboro, and Atlanta including networks such as iHeart Radio, Cumulus, Beasley Broadcast Group and more! Everyone they met quickly became fans of this talented and powerful girl group who are just beginning to make their mark on the country music scene.

WARNING is about that first time you see an “Ex-love” with someone else no matter how prepared you think you are, you are not! It stings, it hurts and this song is about that feeling AND how your girls help you through it!

‘Warning’ is an anthem to all of those big loves where no matter if the break up is good or bad, that first time encounter seeing your ex-love with another is gut-wrenchingly painful. In the music video for this song, Kristen is both shocked and pained to see her ex with a new love and her girls (Paxton and Alicia) playfully comfort her while reflecting on their own similar experience. Young love is so passionate and strong and like the lyrics say, it “hurts like hell” when its gone. Everyone can relate to this song and the feeling of running into your ex and their new crush- wouldn’t it be great if we could all have a “Warning” that it was coming! The ladies of Auburn Road have grown up together like sisters and when asked to describe the group dynamic they answered:

We have grown up together as best friends and we are going through life’s milestones together which a lot of times is the basis of our songwriting. We hang out together and talk about our crushes and heartbreaks like all girlfriends do and our lyrics are conversations between best friends.

“Warning” is the first single from the group’s new ep due out later this year.

Pop-Country Trio Auburn Road are: Paxton Martin, Kristen Brown, and Alicia Paulson. These life-long friends may hail from the suburbs of Sacramento but their music truly reflects the ethos of Nashville through their infectious style, sass and spirit. Armed with stunning harmonies; a tell-all and attitude- filled songwriting approach, they are sure to crash through the typical labels placed on women in today’s country music. During their senior year of high school these determined young women self-released their debut EP Fancy telling stories of youthful optimism, heartache, self-empowerment and what it means to stand on your own two feet. Kristen explains:

Given that we wrote Fancy when we were 14 and 15 years old, our music has grown up with us. Our first EP was about us discovering who we were as artists and people.

Since the release of their first EP, Auburn Road have been travelling throughout California performing at as many clubs and county fairs as they could to perfect their brand of California Country. While out on the road they have been writing and recording new material. Learning from the infectious heat that is often felt during their raw performances, Auburn Road were encouraged to record their vocals the “old fashioned way” eschewing studio tricks and auto-tune, which can be heard through every song on their sophomore EP Mustang Vol 1 as Alicia explains:

Our new music has a much different feel compared to the songs on Fancy. After writing the first few songs for Mustang we knew we wanted this next album to feel dusty and gritty. Now that we have had more life experience, we can put that into our lyrics, vocals and music. The new songs take you through every emotion.

During this past year Auburn Road made their Stagecoach Festival debut and had the opportunity to open for Morgan Wallen, Love & Theft and Country Music legend Toby Keith which Paxton says:

We’re so thankful for all of the amazing opportunities we’ve had this past year and are excited about what the future holds.

Both their debut Fancy and the upcoming EP Mustang Vol. 1 have been produced by industry veteran Michael Anderson—former bass player and musical director for modern icons such as Christina Aguilera and Chris Brown; with production credits that include Ashlee Simpson, and American Idol alums Kellie Pickler, Chris Daughtry and David Archuleta. 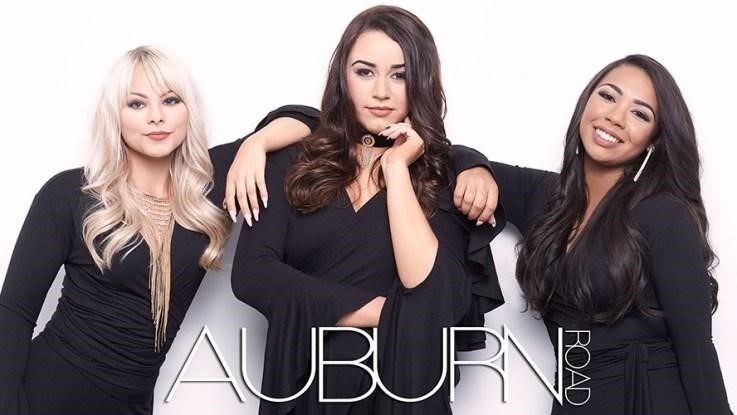 The Long and Short of It (Hair and Other Stuff) – Travis Ri...