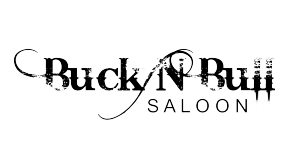 London’s newest and hottest country music club night is launching on June 17th at Vauxhall Arches. Buck’ N Bull Saloon presents Southern Saturdays is a new country club night from the team behind what will be London’s first permanent country music bar and saloon opening in the not to distant future.

As mentioned Buck’ N Bull Saloon will also be opening London’s first authentic country music bar in the not too distant future. The bar will offer any hardcore country fans a southern inspired home to enjoy all the above plus open mic nights, major sports event screenings and more!

Maxwell Thompson, Managing Director of Buck’ N Bull said: “Since the launch of the C2C music festival interest in country music in the UK has been growing tremendously. There are many people out there I speak to who when we get onto the subject of country music say they love the genre as well as many more who don’t even know they like country music and are listening to it all the time. Our aim is to give all of these people a platform to enjoy the music they love. We are in the process of putting all the pieces in place to launch the permanent venue. As long as we can get everything in place and find the right central London space we’re hoping to be open before summer next year. In the meantime we wanted to launch Southern Saturdays to give people a preview of what our permanent home will be like. We love Nashville Nights and have a lot of respect for what they’re doing for country music in the UK, but Southern Saturdays is different. We want to bring the kind of bar you find all over North America from Texas to Nashville to Toronto, where you can hear incredible artists, ride a bucking bronco, learn to line dance or just have a cold beer with your friends whilst listening to the best country music around. This is our vision for the Buck’ N Bull Saloon and it’s what we are doing with Southern Saturdays beginning next month.”

The inaugural Buck’ N Bull Saloon presents Southern Saturdays is launching on June 17th at Vauxhall arches but the team are already hard at work on the next event taking place in August with more details to be announced soon.

Tickets for June are on sale now at www.bucknbullsaloon.com