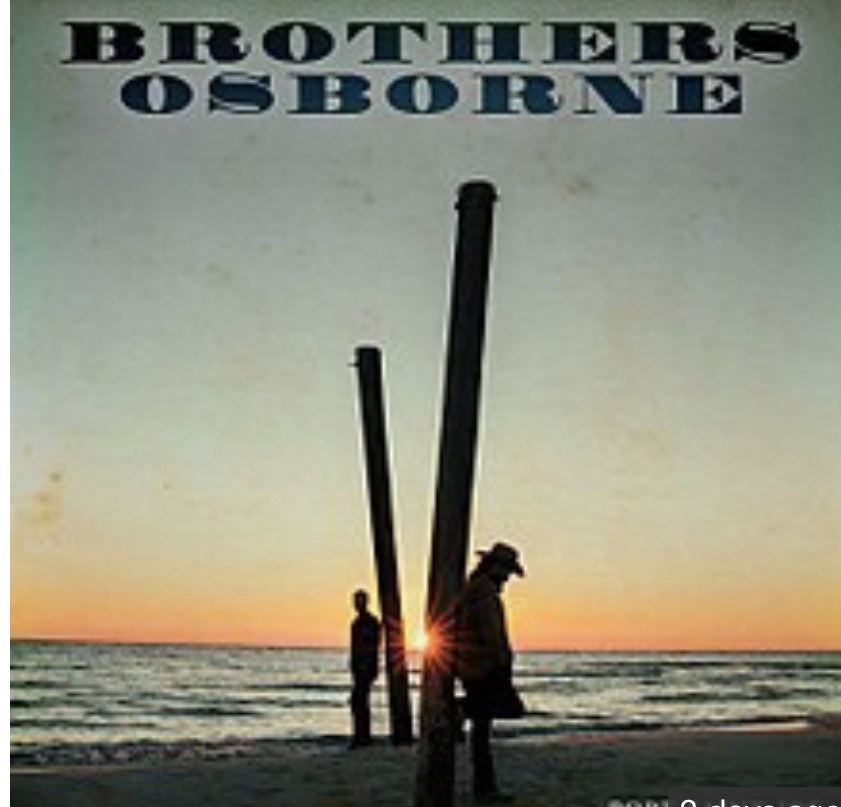 The highly anticipated sophomore album from Maryland’s own awards-laden brothers TJ & John Osborne is one of the most eclectic and ‘must have’albums for your country collection this summer.

The album is named after the little Florida town that it was recorded in, at producer Jay Joyce’s (Eric Church)beach house to be exact. Here there were no distractions for the brothers, other than the sound of the waves, maybe a sea of alcohol and a whole ocean of inspiration. In fact, the first song on the album Slow Your Roll, opens to the sound of the waves rolling onto the beach with a slightly Spanish, slightly bluesy flavour and sets the tone for the treats that lie ahead.

The band co-wrote all 10 tracks on the album with an established Alumni of artists/songwriters including Travis Meadows, Kendall Marvel (who is supporting the boys on their May UK tour), Laura Veltz and Shane McAnally amongst others.

For fans of rockier country, you certainly won’t be disappointed with tracks like the current single, Shoot Me Straight & Drank Like Hank, but fear not, the rest of the album is pure country with an added dash of occasional R&B, soul, funk and 70’s rock influences.

TJ’s rich baritone, distinctive vocals hook you in from the very start and John’s guitar licks on Shoot Me Straight are one hell of a jam. If you don’t like an indulgent guitar solo that takes up half a song, then fast forward to the next track as this is exactly what you’re getting here.  A hedonistic, indulgent mix of country and progressive 70’s rock influences with a Ray Manzarek style splash of funky keyboards thrown in for good measure. Pure heaven.

Contrast this with the beautiful and breathy I Don’t Remember Me (Before You), a superb nostalgic ballad with a great melody and Pushing Up Daisies an ode to a lifetime love and you are reminded why the brothers won their recent ACM award for Vocal Duo of the Year.Never ones to ignore their musical heroes, there is a celebration of country legend Willie Nelson in the (possibly?) Willie inspired Tequila Again & in the bluesy Weed, Whiskey and Willie – a tale of how their favourite vices and Mr Nelson helped them get over a difficult break up. A Couple of Wrongs Makin’ It Alright is fun and funky, A Little Bit Trouble showcases their R&B/soulful side and While You Still Can, penned with Travis Meadows, is a poignant end to an inspired collection of musical genius.

“Time slips through your fingers just like sand, cause everything you thought would last forever never lasts forever like you planned. Don’t let your now become a never so take life by the hands while you still can.”

Wise words from the new modern sages of country music. I had the pleasure of interviewing TJ & John on their supporting slot on The Cadillac Three tour. They proved to be witty, intelligent, incredibly down to earth and super talented. Pair this with their eclectic mix of country and vast, musical influences and the end result far surpasses Pawn Shop. Port Saint Joe is THE album of the Summer and defies pigeon-holed genre labelling. It’s just THEM, and different to the other run of the mill offerings out there. In their own words, ‘chill out, enjoy the moment and calm your country ass down!’.

You know what? It’s good to be different 😃

COLLIER – “OFF THE RECORD VOLUME ONE”