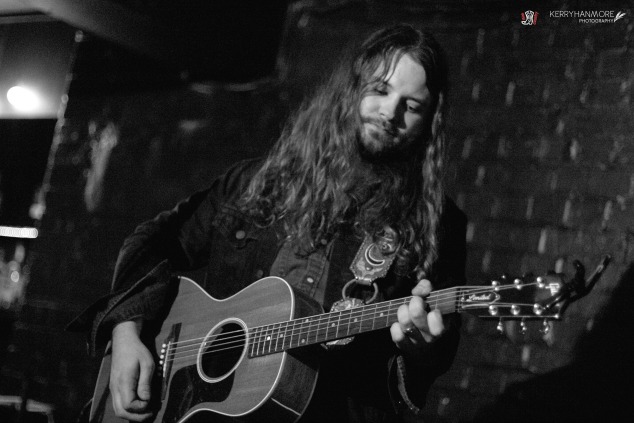 Tucked down a tiny back street in the City of London, the Slaughtered Lamb pub was the perfect, intimate venue for Nashville-based singer/songwriter Brent Cobb’s first ever UK concert. The 150 capacity basement room, complete with its own bar, was packed to capacity last night with an eclectic mix of people eager to hear songs from his latest album “ Shine On Rainy Day” which was released to much acclaim last Autumn.

Having had the privilege of interviewing Brent earlier in the evening when his genuine love for his craft shone through I got myself a large glass of red wine ( it was a very cold night, if an excuse is needed) and a seat in a prime spot waiting for the music to begin.

A thirty minute set by a name new to me, UK’s own Jade Bird, got the evening off to a fantastic start, the audience was totally in awe of this young lady’s writing, playing and impressive vocals and she is definitely someone I will keep my eye on in the future. Currently working on her debut EP, her performance was confident and professional despite this apparently being her first gig in quite a while, and her writing ( country/folk/blues influences coming through) covered a good range subjects including divorce, being cheated on and Swiss prostitutes!

But of course it was the “ main man” who everyone was anxious to see, and when Brent and his lead guitar player and backing vocalist. Mike Harris, arrived on stage the excitement and anticipation was tangible. Generously his first gesture was to praise Jade, before thanking us all for making the gig a sell-out and telling us he was actually nervous! From the start he seemed genuinely amazed at the love and support the crowd were showing, and any nerves he may have had weren’t evident to me. 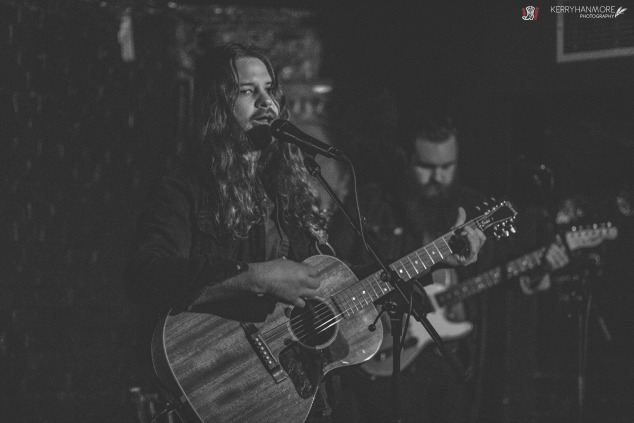 “ I’m going to start off telling you about where I’m from” he said in his wonderful southern American accent, and with “ South of Atlanta” his hour long set got underway. “ It’s strange being in London singing about Ellaville, Georgia” ( his hometown) he said after this opener, “ I’m so happy it means something to you……I’m gonna bore you with a load of stories, that’s what I do”. Yes, he really did say “ bore”, how on earth could tales of how his fantastic songs came to be written bore anyone?

Working his way through the album tracks, he had us all hanging on to his every word……..whether spoken or sung there was such heartfelt feeling that I for one was transported to places far, far away. Being so close up to an artist of his calibre is a rare treat these days, I really love this type of gig and with the instrumentation stripped back to the bare bones ( including some fabulous slide playing by Mike, which was the job of Jason Isbell on the album in case you weren’t aware) the poetic and evocative lyrics took centre stage throughout the entire set. Full credit to the great sound engineer at the venue too, by the way.

There were moments of amusement, too, one in particular deserving a mention is when he introduced the one love song on the album, “ The World” ( “ a friend said to never trust someone who can’t write a love song” he said after playing it ) as being written for his wife which evoked an audible “ damn” from one female in the crowd who turned out to be Angaleena Presley!

Two songs not from the album made their way to the set list, “ Down Home” which was Brent’s own contribution to cousin/producer Dave Cobb’s compilation “ Southern Family” ( he also co-wrote Miranda Lambert’s addition to the album) and amusing “ Old Shit” which made its way onto Miranda’s own “ Platinum” album.

Unable to afford to bring over any merchandise this time, Brent was happy just to mingle and chat with his fans when he came off stage ( no encore) but he told us he’ll be back over here in May with his band, and that is something i definitely won’t be missing. But this very special evening will take a lot of beating for sure! Hope you’re up for the challenge, Mr. Cobb!