a clearly very emotional Brandy Clark told the capacity crowd before leaving the stage after her stunner of a show in Glasgow as part of the city’s Celtic Connections Festival last Saturday. And I am sure there’s very few present who will ever forget the evening either, many of whom were obviously die hard fans of the 8 times Grammy nominated singer/songwriter who relocated from the tiny town of Morton WA  to Nashville to follow her dreams of becoming a country artist. St Luke’s Church, dating back to the 19th century and now fully restored and converted into a music venue, provided the concert’s gorgeous setting with fabulous acoustics and a choice of standing downstairs or seating in the wrap around balcony area, the original organ pipes an impressive stage backdrop. 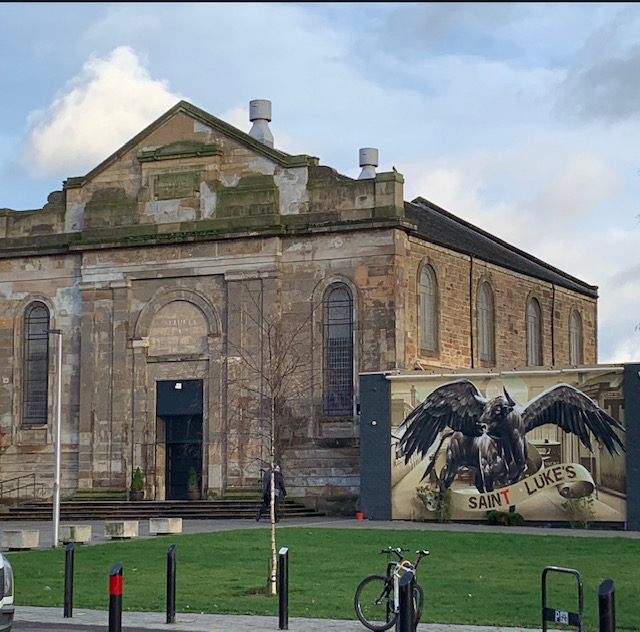 Having been respectfully attentive during opening sets by Ian Noe and Heather Rankin,  the crowd erupted as Brandy and her musicians took to the stage, cheering and clapping along as the familiar guitar riff that introduced “ Girl Next Door” rang out, and that set the tone for the party atmosphere that prevailed throughout the remainder of the evening, all on stage feeding off the room’s energy and giving us a show of the highest calibre. To be honest, after this show I wouldn’t be surprised if St Luke’s needs further restoration work, as if ever the phrases “ raised the roof ” and “ brought the house down ” were more appropriate then I don’t know when! 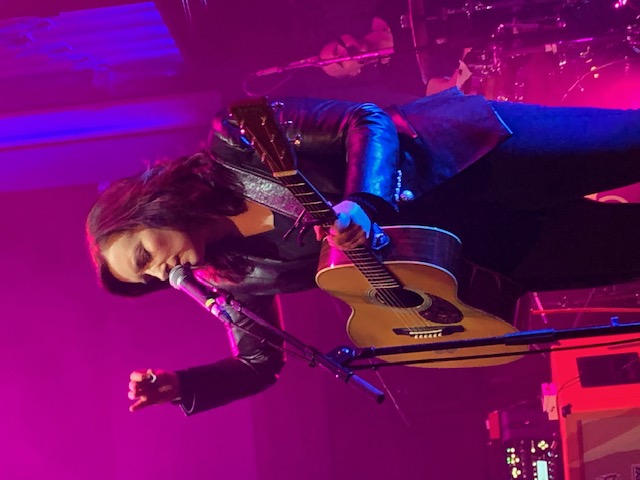 It is easy to understand why Brandy is regarded as one of country music’s finest contemporary songwriters by many ( including Elton John’s legendary lyricist Bernie Taupin, who mentioned her among his favourites in a recent interview) but as a vocalist, guitar player and live performer she definitely isn’t all that shoddy either! During intimate concerts like this she engages with her audience brilliantly, telling amusing tales as well as keeping a close eye on what is going on ……such as noticing anyone wearing a particularly appropriate t-shirt ( as she did here before performing “ Love Can Go To Hell “) or anyone reacting as she hoped to a particular song ( at this show she stopped mid way into “ Mama’s Broken Heart”,  which is of course one her many songs cut by other artists, to thank someone for adding the “ Ah Ha’s” at the end of the verse lines and asking us all to do the same before she continued ). And the ease with which she is able to switch from performing a heartbreaking ballad to one of her more witty upbeat songs, both delivered with equal sincerity, never fails to amaze me as it did on this occasion.
Brandy joked that she has the knowledge of a 90 year old when it comes to country music, thanks in no small part to her Grandmother who lived next door to her when she was growing up and who had always insisted that there were only two types of music, “ Country and Western”, and the covers included in the set paid homage to the genre’s greats who inspire her passion so much. Of course a great selection from her own back catalogue made it onto of the setlist, fans singing along word perfect to them all, but with a third studio album, “ Your Life Is A Record” due for release on March 6th everyone was keen to hear a taste of what is to come. Thankfully we were not disappointed, and judging by the new songs she chose to perform it’s safe to say it will be another album which will take our emotions on a rollercoaster ride!  Some of you will hopefully already be familiar with its lead single, the reflective “ Who You Thought I Was”  which Brandy thanked BBC radio for playing, but we were privileged to hear several more from the track listing, getting the tales behind many of them too. Lyrically as sharp if not sharper than anything she has given us in the past they were all well received, the venue falling silent as everyone gave them their full attention, but possibly the one which got the best reaction ( and the most laughs for sure!) was the politically infused “ Bigger Boat”, inspired to an extent by current affairs Stateside but also very relevant in the UK especially in the light of our recent turmoil and dissent…I’m sure you all know what I mean, and you definitely will when you hear the song!
Having used the Memphis Strings and Horns on the new album, Brandy has now incorporated a cellist into her touring band, and it was not only on these new songs but throughout the entire evening that Kaitlyn Raitz’s playing added such achingly beautiful accompaniment. While on the subject of the band, Brandy was joined on stage, as she had been throughout this short run of European dates, by a mix of regular band members ( Danny Young keeping the back beat on the drums, as well as the aforementioned Kaitlyn on what she calls her “ floor fiddle!) and two  “deps” standing in for just these few shows, namely UK’s own Billy Adamson on lead guitar who’s solos and slide playing were particularly impressive, and upright bass player from Nashville Ashleigh Caudill, both of whom rose admirably to the challenge of learning new songs at very short notice. Indeed, they had only met Brandy a week before this gig in Oslo, playing their first show together there after just a short rehearsal.
As customary at her shows, whether they be full band or in trio format, Brandy played several songs on her own mid set, and indeed returned to the stage by herself for her encore….. there was a brief and extremely worrying ( teasing?) moment when we thought this wouldn’t be happening as the house lights went up momentarily at the end of the main set…but wow what and encore was in store. We were honoured to be treated to the first ever live performance of another song from the upcoming album which had been made available just the day before, “ I’ll Be The Sad Song”, its opening track which also provides the album title. Warning, don’t listen to this one without a box of tissues to hand!
&nbsp;
“ I’d love to stay and play all night but I’ve been told I can only play one more song”  Brandy then said  ( I think she was genuinely as disappointed as we all were that the evening had to end) and giving us the choice between performing another of the songs which had inspired her career or one she had written herself the vote went to the latter and “ What Will Keep Me Out Of Heaven” ( a pretty appropriate choice too, given the church setting!)  brought a truly memorable show to an end.
To quote Brandy,  “ sometimes the only way to get by is to get high” and that concert was the best high, legal or otherwise, ever. I’m still waiting to come down, in fact. I predict a pretty big crash at some point. 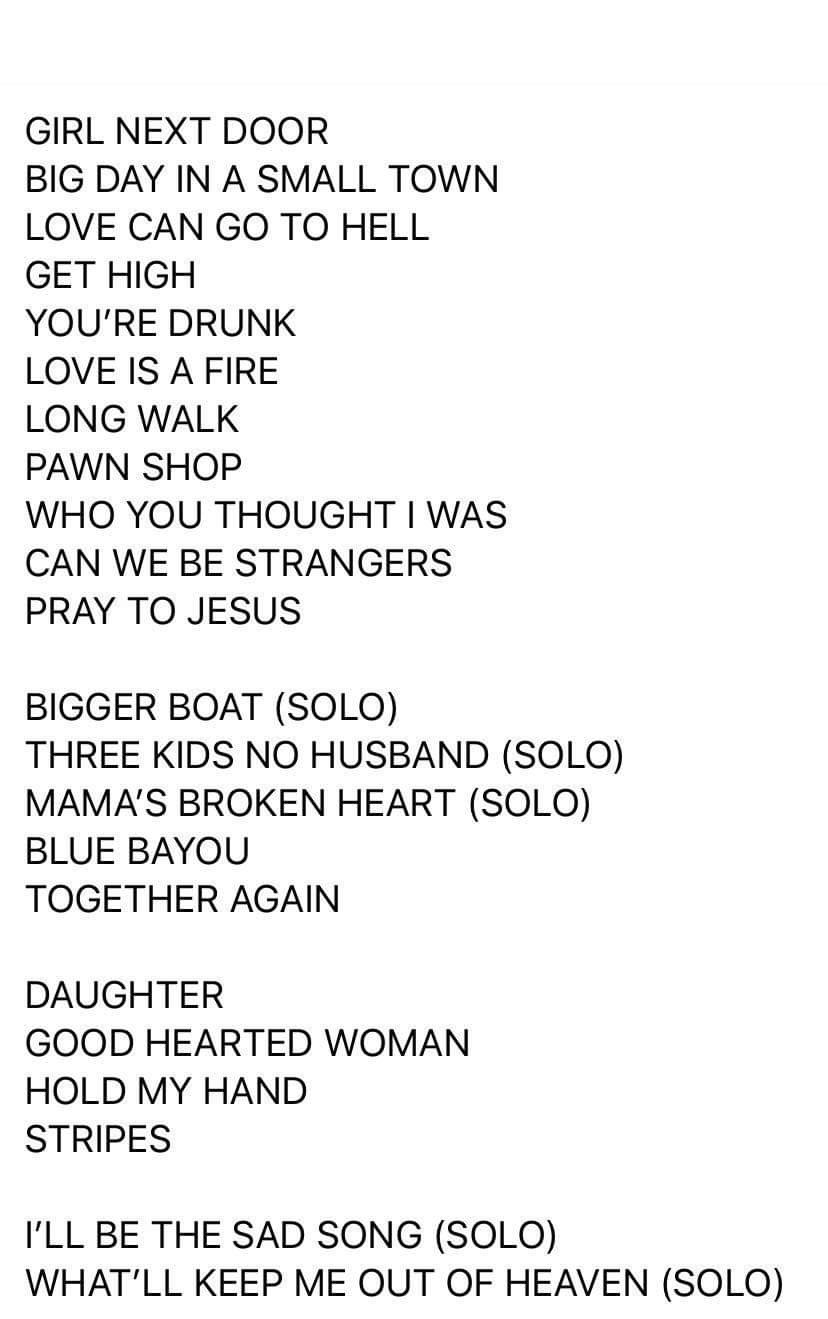 Brett Eldredge is back in the UK with his own five date tour, whi...