Following her UK tour dates earlier in the year and recent appearances on BBC Scotland’s Quay Sessions, and Music Life on the BBC World Service along with Kane Brown & Holly Macve, Texas-born, Nashville-based independent artist Olivia Lane returns today with her new single ‘Living Instead’ which you can listen to HERE. Premiered on American Songwriter yesterday, the song is available to stream/download everywhere now.

Additionally, she has announced the launch of a brand new weekly podcast of the same name, starting this Monday (11/5) with “Peaceful Barb” Schmidt as her first guest – subscribe here.

This is one of my favorite songs I’ve ever written. The last few years I decided to dive into self awareness and self growth. I started going to therapy and did a lot of healing during that time. One day in particular I had a breakthrough where I realized how mean I was being to myself and I was done with it. I opened my phone and recorded the melody and words of the chorus. The idea felt so close to home and personal that I had to write it ASAP that week with my co-writers Skip Black and Lance Carpenter. They got the idea right away. I think we all struggle with getting too much in our own heads. This song is very universal in a sense that I think we all struggle and strive for that inner peace in our heads, hearts and our lives. I’m not always good at it, but I try not to live in my head so much with the over-analyzing and overly critical part of me. 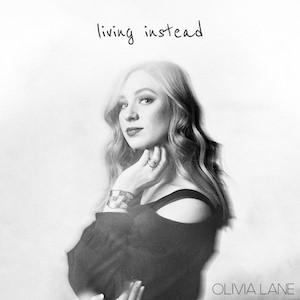