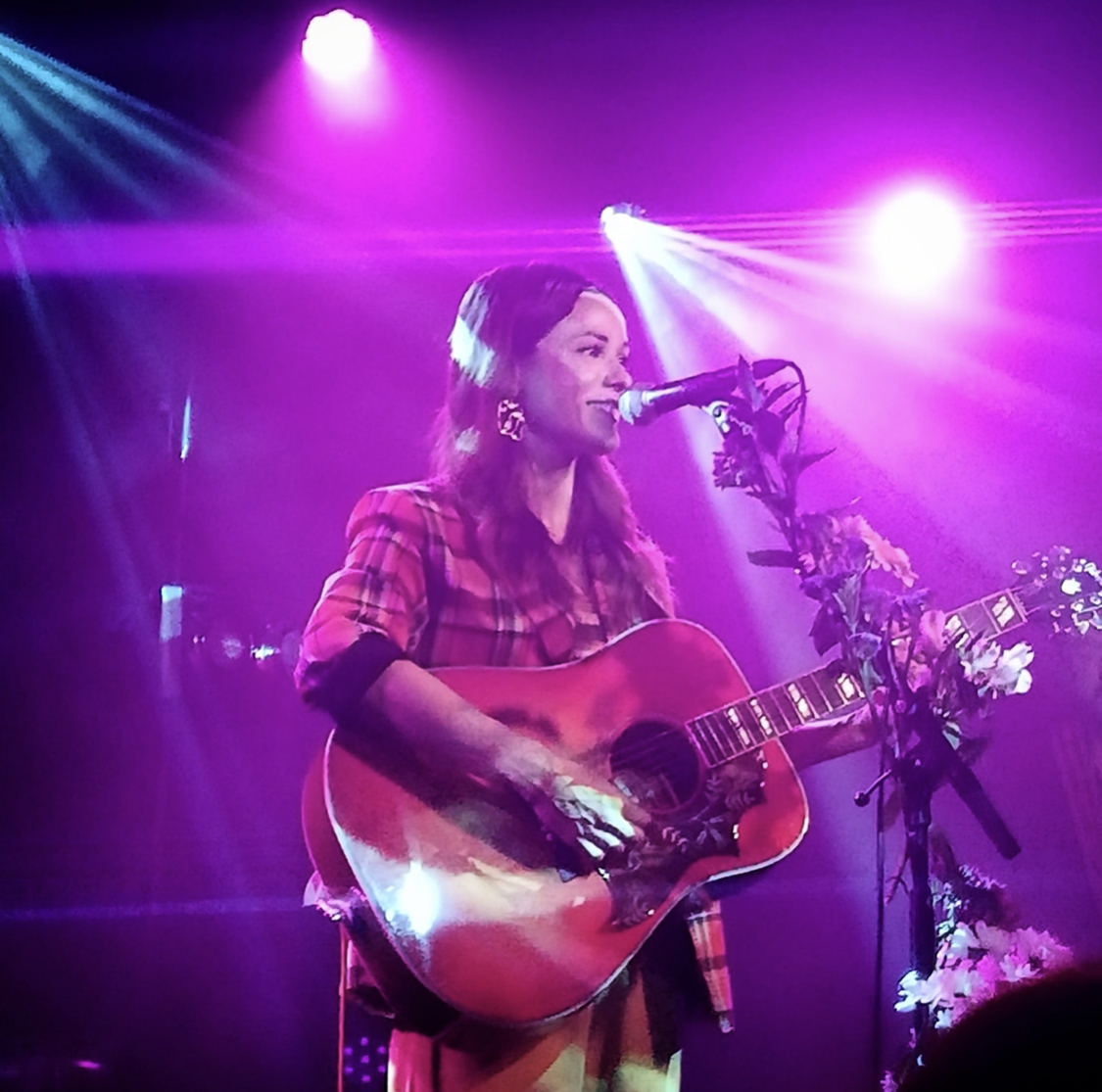 Every morning, I wake up with a song playing in my head. It’s just there, without fail, the moment I open my eyes. Acomforting instruction on how the day should start, the soundtrack to my morning ablutions and my trip to work. It can be as random as a song from a film I haven’t seen in a decade, or sometimes even a song I don’t like. For the past two weeks, I tell Jillian Jacqueline, it’s been a different one of hers every single morning. ‘Friends’, I say, when she asks which song it was today – a hot take on the topic of that familiar, mutual fixation with a new lover. This one, a deep cut from her 2018 EP Side B, is no stranger of an earworm, with a riotous pop melody, punky in all its two-minutes-fifty-seconds glory

When I get the “two minutes left” warning from Jillian’s manager, I realise I haven’t even started asking my questions. It’s hard to remember that I’m not just there for a chat with an old friend, and we get carried away discussing the “pilgrimage” effect of Nashville. She’s interested in the way country music has made its mark here in the UK, and she has as many questions for me as I have for her.

“I’m actually really impressed with how many people have come over [to the UK]. There’s a fascination, on both sides, for sure, UK with Nashville and Nashville with UK country. It’s just cool to see people actually investing andbringing that culture over here. What do you think was the shift for country music here, what was the moment?”

Lady Antebellum. Kip Moore. Brad Paisley. Carrie Underwood. We gush about Brandi Carlile and KaceyMusgraves, and their marathon of a year so far. It’s clear to me that Jillian is perfectly capable of having her own moment like that at some point in her career. “You can see they value the details in the songwriting. It’s not just fluff.” She shows deep appreciation for her contemporaries, but therecommendations from her musical palate also extend into intriguing unknown territories. “Khruangbin, a three-piece. It’s sort of like Thai Jazz? They record all their records in a barn in Texas. You’ve gotta check it out…”

Earlier this afternoon when Jillian arrives at Hoxton Square Bar & Kitchen, walking in in bold colours, denim, and an interesting pair of Picasso-esque wire frame earrings, the first thing she says to her manager is “there’s a couple who want me to meet their baby – do you know if they’re here yet?” she seems flattered by the prospect, entertained.

It speaks volumes of her character that she also seems slightly bemused, like an admirable level of modesty has shielded her from just how powerful her music can be. ‘Sad Girls’ is perhaps my favourite example of this: like many of Jacqueline’s songs, there’s little deviation from simple chord progressions and standard song structures. Yet an arguably unconventional pop melody and rhyme scheme elevate her fare and earn her the overexcited fans who made themselves well-known throughout her first ever UK headline show. It’s probably the same skill that piqued the interest of so many of country’s heavy hitters, folks like Vince Gill and Kenny Rogers, a well-documented pedigree that has not gone to her head.

During her set she takes minutes at a time to share her deliberation on miniscule details. She says the reason why she reformed ‘Sad Girls’ from autobiographical to narration wasto remove herself from the person she doesn’t quite think she is anymore. “The way he says he’s sorry makes you feel so small…” It’s a simple change of pronoun, but it has a rigorous effect. It puts the listener in the seat of the pain, underscored by her performance’s acoustic nature. A true highlight of the evening.

“We are starting to record in June. The goal is to record a full record this Summer. It feels like the right time. Side A had its space, Side B had its space. I’ve needed the time to live enough life to write the next batch of songs, and show where I am now.” We may have started the day amused by the cans – yes, cans – of spring water on offer, but Jillian Jacqueline finishes the day with a bottle of champagne on stage at the first of many UK headline shows sure to follow.

From The Highway to Hallowed Ground – Florida Georgia Line ...